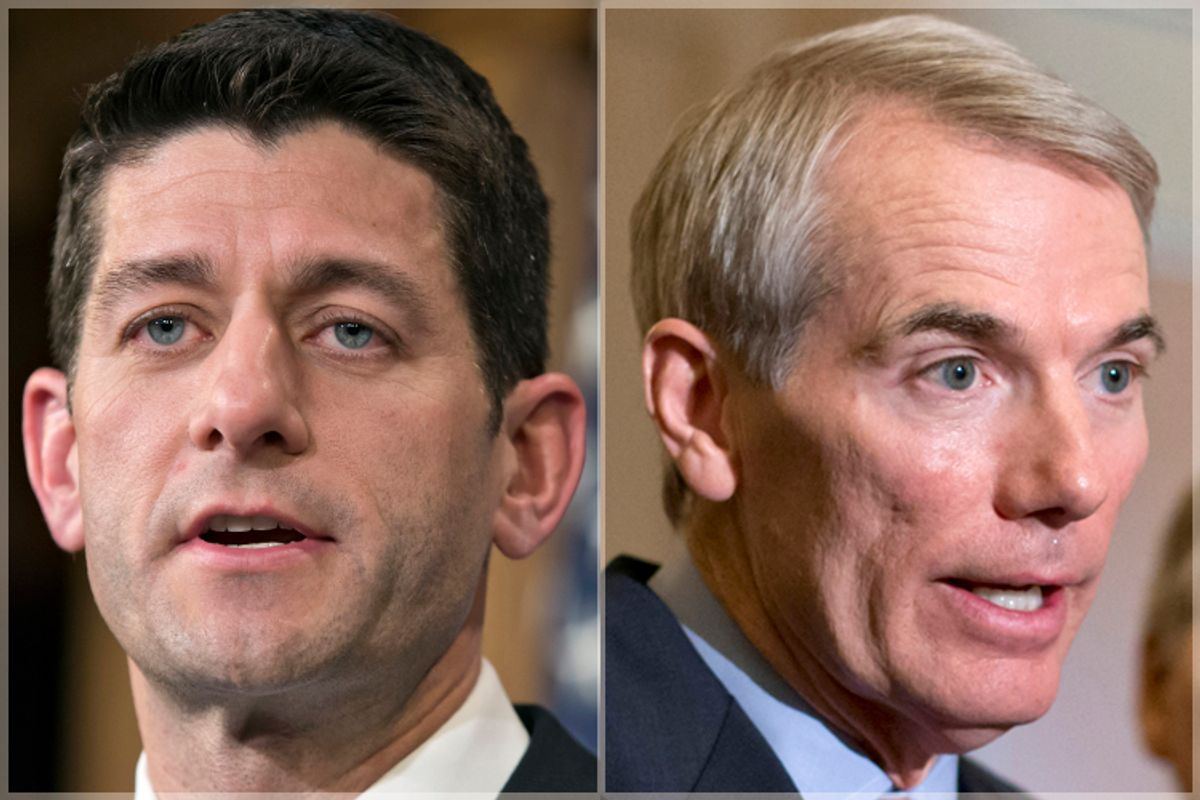 Mitt Romney’s 47 percent video has had two important, lasting contributions to American politics. The first is that it kept Mitt Romney from becoming president. The second is that it made some Republicans realize that being perceived as the party that cares exclusively for the well-heeled perhaps isn’t the best look. Casually glance around the Republican political landscape and you’ll find a sudden outpouring of concern for the plight of America’s impoverished.

Paul Ryan’s poverty tour and never-ending search for conservative anti-poverty policies have already earned him a reputation as a Republican who cares. Sen. Tim Scott has been quietly visiting poor and working class neighborhoods in South Carolina pitching the virtues of the Republican platform. Even Charles and David Koch have come around to the idea that maybe dumping on the poor isn’t the best way to win hearts and minds.

The latest entrant to the Republican anti-poverty crusade is Sen. Rob Portman, who spoke at the American Enterprise Institute yesterday and laid out his “constructive conservatism” approach to combating poverty, focusing mainly on prison reform and rethinking the war on drugs.

Portman is different from someone like Paul Ryan, in that Portman’s approach to poverty comes armed with at least a vision for the role he sees the federal government playing — providing financial support for community-based groups and testing outcomes. Indeed, he pushed back against the “kneejerk reaction that this is not a federal role and that there’s a way to block-grant and a way to push this back to the states and the local communities without support” (see the 43:30 mark in the video above).

This conservative focus on poverty is partly opportunistic. This is the 50th anniversary of Lyndon Johnson’s “War on Poverty” and what better way to rail against the evils of big government than to call a half-century of federal aid to the poor a failure? For all their talk of how the “War on Poverty” was a bust, the truth of the matter is that poverty has dropped dramatically since 1967, when you factor in non-cash and tax-based benefits. Federal anti-poverty programs have also been crucial in keeping children and seniors out of poverty.

But the Republican focus on poverty is also born of political necessity. In 2012, Mitt Romney lost among voters making less than $50,000 a year by 22 points. The Republicans know they have an image problem, and this push to alleviate poverty is an implicit acknowledgement that they recognize the danger in being the party associated with widening income inequality.

Portman addressed income inequality at the beginning of his remarks. “We hear a lot about the growing income inequality gap these days,” Portman said, “but we don’t hear as much about what’s driving it. Yes, the rich are getting richer, but the real problem is that the middle class is shrinking along with their paychecks, and too few people are rising out of poverty.” [14:46 in the video]

This is not true. As much as Portman would like to yadda-yadda away the impact of America’s wealthiest growing yet wealthier, that is actually what’s driving the growth in income inequality, and Republican tax policies would make the situation worse.

The rate of increase was exacerbated by changes to the tax code that left it less progressive, like the capital gains tax cuts of 1997 and 2003. Conservatives like Portman understand that capital gains overwhelmingly benefit the wealthy, and they argue for further reductions — in some cases outright elimination — saying that it will spur economic growth. “What you're doing is you're taxing capital gains income,” Portman said on CNN in 2012, “that's what a lot of wealthier people pay. When you tax capital gains income, you don't help the economy, you hurt the economy, which is why President Kennedy, President Reagan, President Clinton and President Bush all believed we should have a lower rate for capital gains.”

This is the challenge Republicans will face as economic inequality gets more and more traction as an issue heading into the midterms and beyond. Saying you support closing the income gap is meaningless if you stick to the policy prescriptions that exacerbated the problem in the first place.