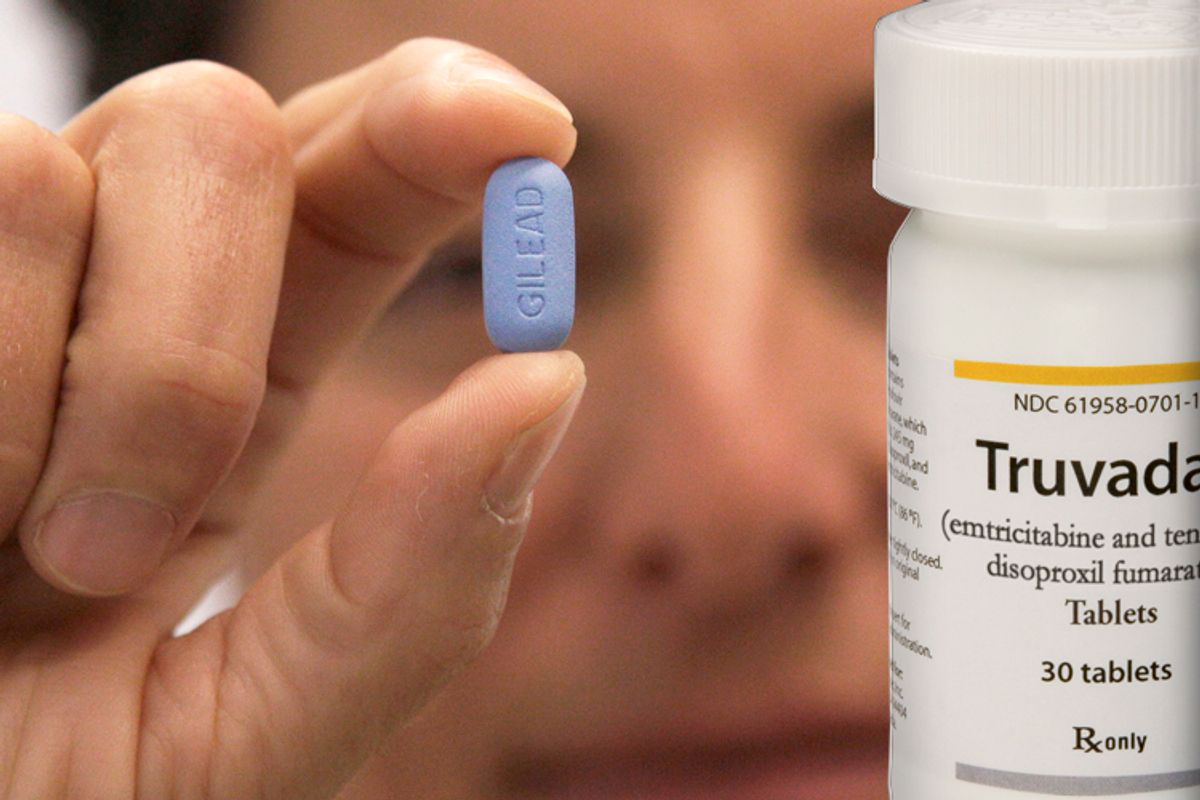 In an open letter to AHF President Michael Weinstein, Acworth wrote,“The fact is, none of the performers you bring to your press conferences would have been protected had AB1576 [a bill requiring condoms in porn] been passed ten years ago, because no California condom law is going to protect performers during their personal lives, or shooting on unregulated sets overseas,” says Acworth, referring to the news in 2004 that performer Darren James had contracted HIV during a shoot in Brazil. “PrEP, if it works as advertised, could do just that.” Indeed, researchers have found that when taken as directed, Truvada could decrease transmission risk by 99 percent among heterosexual men and women. When the FDA approved the drug in 2012, it specifically listed sex workers as a key demographic.

Acworth went on to say, “We’ve recently begun working with HIV and sex worker health organizations to develop an educational program about PrEP specifically targeting adult performers — it would be great if you could be a part of it.”

It’s not too likely that Weinstein will go for this. Last month, he told the Associated Press, "If something comes along that's better than condoms, I'm all for it, but Truvada is not that," he said. "Let's be honest: It's a party drug." As you might expect, that remark did not go over so well. In response, a petition was started to have Weinstein removed as president of the organization.

In response to Acworth's letter, Ged Kenslea, spokesperson for AHF, asked, "Is he going to be paying the eighteen hundred dollar monthly bill per performer for that?" (A spokesperson for Kink notes that Truvada is covered by most insurance since it is FDA approved.) He added that both CDC and FDA guidelines for PrEP call for the use of condoms, and that "PrEP does not prevent chlamydia, gonorrhea or syphilis." PrEP is not "an alternative to condoms," he told me.

In an email, Acworth pressed his case: "In each of the HIV-related moratoriums the industry has called since 2004, the source of the transmission was off-set. That is, our testing system caught a performer who was attempting to work after acquiring HIV in their personal lives," he said. "A condom mandatory policy on-set would not have prevented any of those. If we really want to talk about protecting performers, we need to talk about ways to do it on-set and off." He added, "We owe it to performers to inform them about the risk and the spectrum of protection available so that they can make educated decisions about their sexual health."

Acworth also expressed excitement over current trials for a version of PrEP that "can be administered quarterly via an injection," and says it's "something that could be administered as part of the current industry testing."

Diane Duke, chief executive officer of the Free Speech Coalition, which manages safety guidelines and health services for the adult industry, tells me it’s likely that the organization “will consider the possible benefit of PrEP for performers and determine if and how [it] can build a bridge between the performer pool and this promising innovation.”