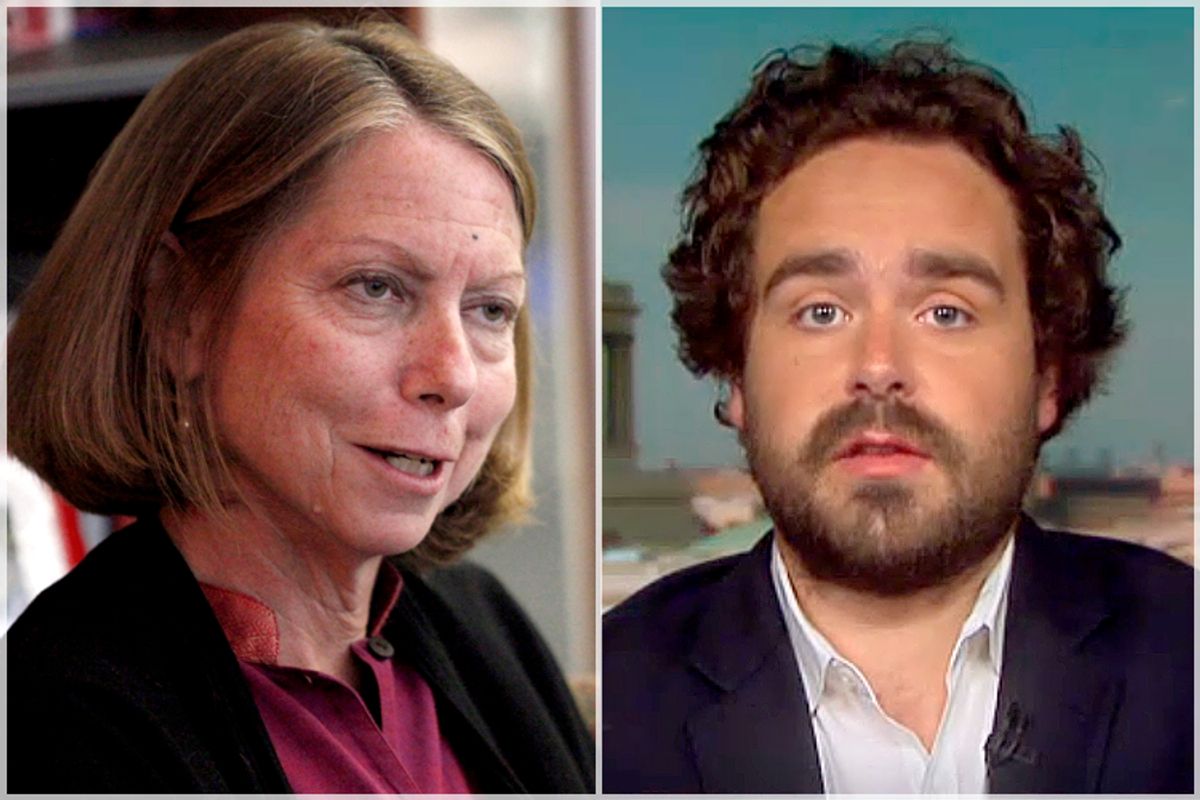 Her accomplishments aside, Abramson’s tenure was marred by disagreements with Times CEO Mark Thompson, who took an unprecedently hands-on approach to managing the paper’s editorial resources.

Abramson also suffered from perceptions among staff that she was condescending and combative.

Small point: "unprecedently" is not a real word. Larger point: With a mere three remarkable words — “Her accomplishments aside …” — Byers has dismissed as irrelevant Abramson’s two-and-half-year tenure as Times executive editor.

This is followed by a string of half-assed, unsubstantiated non sequiturs:

This is the kind of stuff reporters file when they have no idea what’s going on. I hope that tonight, when Charlie Rose asks Byers why Abramson got fired, he’s got better material.