A single adjective shows how workplace sexism is alive and well 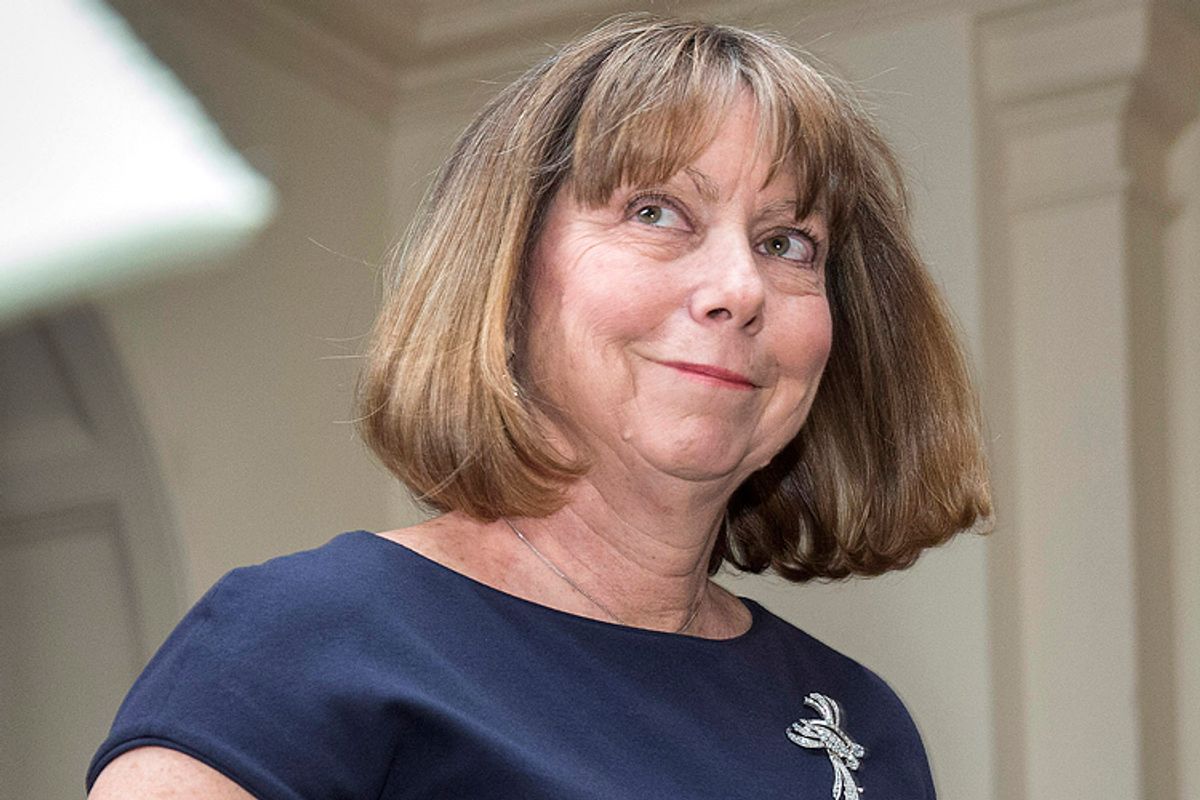 When the New York Times abruptly announced Wednesday afternoon that editor Jill Abramson was out – and offered the remarkably tight-lipped explanation that it was due to "an issue with management in the newsroom" – the mediasphere couldn't scramble fast enough to get to the root of the tumult. And by Wednesday evening, the most buzzed about piece of reporting on the matter was Ken Auletta's New Yorker take, and in particular, a "close associate's" assertion that when Abramson learned she had been paid less than her predecessor Bill Keller, "She confronted the top brass" in a move that furthered management's narrative that she was "pushy."

The pay issue is a deeply contentious one, especially in a year in which the wage gap has been a major news story, including -- irony alert! -- in the pages of the New York Times itself. That the paper might have been reporting on pay inequity while simultaneously engaging in it seems simultaneously demoralizing yet not surprising. Women earn less than their male counterparts across the board, so who'd be so naive to assume it wouldn't happen in the media? The bigger issue is whether a salary dispute was a punitive gesture at the heart of the shakeup. NPR media reporter David Folkenflik noted yesterday said that he'd "independently confirmed that Abramson did indeed challenge corporate brass over what she saw as equal pay," while New York Times spokeswoman Eileen Murphy cryptically told Business Insider that "Jill's total compensation as executive editor was not meaningfully less than Bill Keller's," without explaining what constitutes "meaningful."

But what if this was a personality issue, and if so, was Abramson's gender a factor? Abramson has long been widely described in unflattering -- and vaguely sexist -- terms. She's been called difficult, "brusque to the point of rudeness" and "stubborn and condescending." A year ago, Politico reported that "Every editor has a story about how she’s blown up in a meeting." Her successor, by the way, is Dean Baquet, a man who in an incident last year "slammed his hand against a wall and stormed out of the newsroom" – so let's see if he, too, quickly earns a rep as "brusque" and "stubborn."

It's entirely possible Abramson was just a bad boss. Women can be bad bosses too. The most horrendous person I ever worked for, in fact, was a woman – an incompetent, paranoid, sabotaging woman. If you've ever worked, there's no way you haven't had awful supervisors and it's likely some of those supervisors were female. That's not a sexist observation; that's the reality of work experience. And men can be on the receiving end of unflattering assessments too – imagine if instead of "pushy" Abramson had been described as "silly" and "bland" – words that have been applied to former Times editor Bill Keller.

But the way we judge male and female leadership differently, and the language in which our conversations about male and female workers is framed – still matters tremendously. And if you really want to boil the New Yorker piece and the visceral outpouring of reactions to it that ensued to one word, it'd be that single adjective: "pushy." That description might as well have come with a trigger warning for working women everywhere. Because "pushy," like "bossy," carries with it the loaded judgment of unladylike behavior. "Pushy," unlike, say, "incompetent" or even "difficult," says "unfeminine." It's a word frequently applied to behavior in women that might better be described as "persistent" when done by a man. The dumping of a woman – even a woman who made less than her male predecessor – is not necessarily a sexist act. But the eagerness to disproportionately describe female workers in particularly gender-loaded terms strikes a depressingly familiar chord to far too many of us who've ever advocated for ourselves and been dismissively branded as loudmouthed troublemakers. And whatever the full facts of Abramson's departure, the fact that "pushy" is still so easily applied to women leaders says we have not yet pushed anywhere near far enough.