What does 10 feet of sea level rise look like?

If predictions hold true, many U.S. coastal cities could be flooded within the next couple of centuries

New research indicates that climate change has already triggered an unstoppable decay of the West Antarctic Ice Sheet. The projected decay will lead to at least 4 feet of accelerating global sea level rise within the next two-plus centuries, and at least 10 feet of rise in the end.

What does the U.S. look like with an ocean that is 10 feet higher? The radically transformed map would lose 28,800 square miles of land, home today to 12.3 million people. 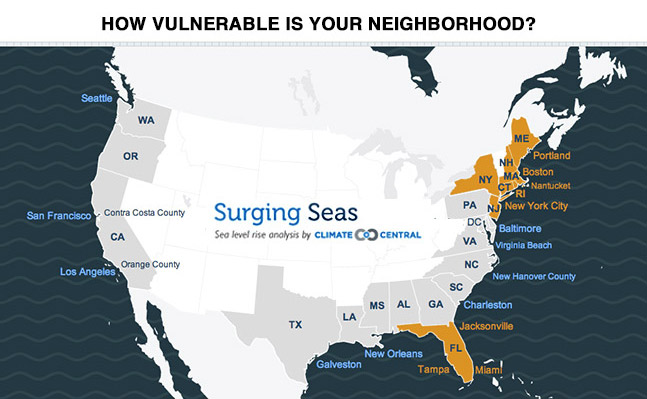 Click on the image above to check for threats from sea level rise and storm surge.
These figures come from Climate Central research published in 2012, analyzing and mapping every coastal city, county and state in the lower 48 states. (A next generation of research is currently under way.)

More than half of the area of 40 large cities (population over 50,000) is less than 10 feet above the high tide line, from Virginia Beach and Miami(the largest affected), down to Hoboken, N.J.(smallest). Twenty-seven of the cities are in Florida, where one-third of all current housing sits below the critical line—including 85 percent in Miami-Dadeand Broward counties. Each of these counties is more threatened than any whole state outside of Florida—and each sits on bedrock filled with holes, rendering defense by seawalls or levees almost impossible.

By the metric of most people living on land less than 10 ft above the high tide line, New York City is most threatened in the long run, with a low-lying population count of more than 700,000. Sixteen other cities, including New Orleans, La.; Norfolk, Va.; Stockton, Calif.; Boston, Mass.; St. Petersburg, Fla.; and Jacksonville, Fla.; are on the list of places with more than 100,000 people below the line. (Much of New Orleans is already below sea level, but is protected at today’s level by levees.)

The predicted sea level rise will take a long time to unfold. The numbers listed here do not represent immediate or literal threats. Under any circumstances, coastal populations and economies will reshape themselves over time. But the new research on West Antarctic Ice Sheet decay—and the amount of humanity in the restless ocean’s way—point to unrelenting centuries of defense, retreat, and reimagination of life along our coasts. 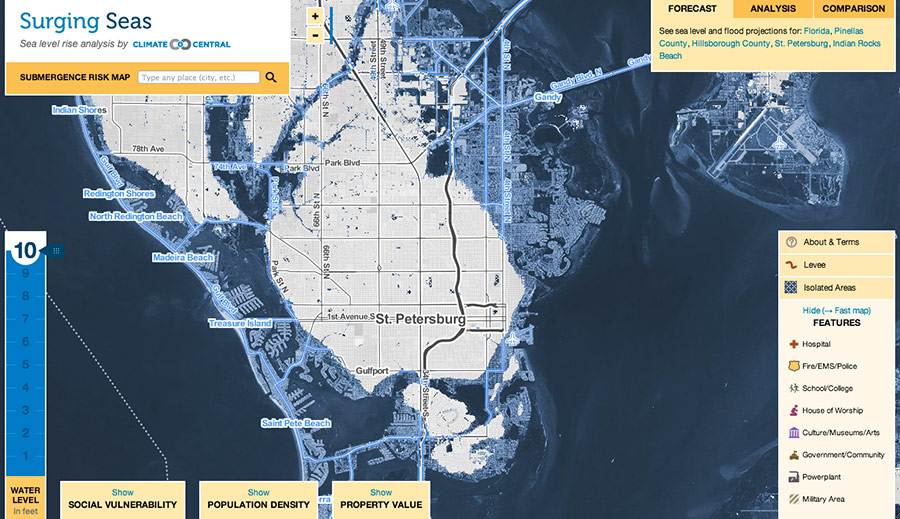 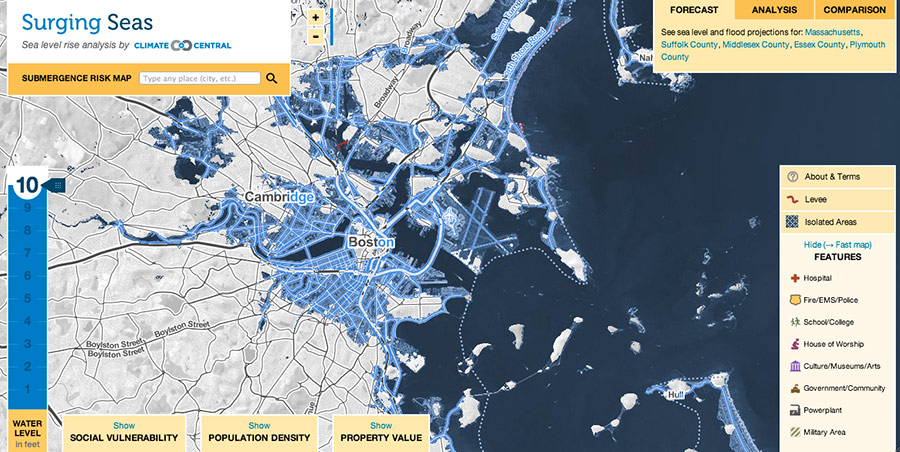