AA is not a fraud: Why haters are afraid to listen

Here's why the program works, no matter what critics say: It's really about listening, living, spirituality and joy 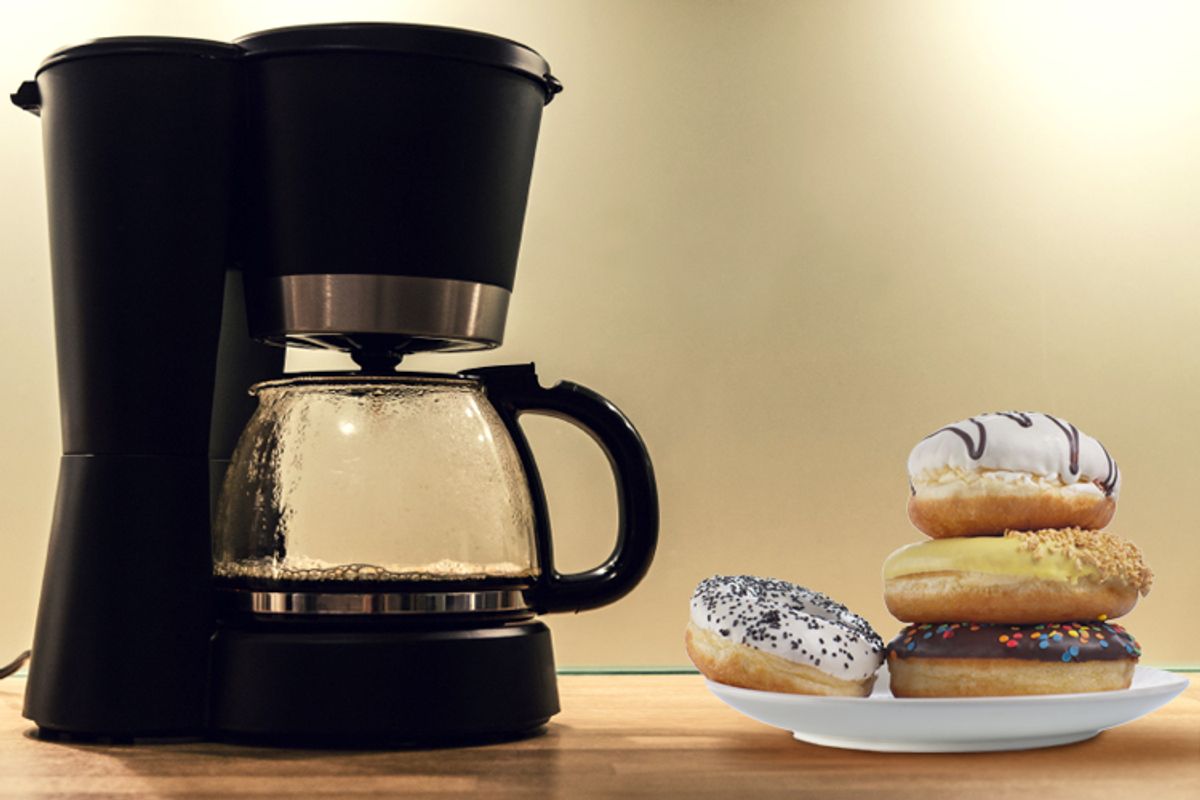 I'm beginning to think that the main proof that Alcoholics Anonymous is, as its members claim, “a spiritual program,” is that it is attacked so often and so viciously. These attacks usually come from people who are trying to sell something – books or drying-out programs, mostly. What troubles them seems to be that AA, like all genuinely spiritual realities, is free.

What else might “spiritual” mean, even more positively? Let me suggest that the program and fellowship of Alcoholics Anonymous can be summed up in just four words. And those four words are the core of its “spirituality.”

Second, AA tells its members how to fix that: Help others. Beyond AA's Twelfth Step suggesting carrying “this message to alcoholics,” a whole chapter of the Big Book (the seventh) is in fact devoted to “Working With Others.”

Now, at the suggestion that the whole of the Alcoholics Anonymous program and fellowship is summed up in those four words, “selfishness – self-centeredness” (the diagnosis) and “Help others” (the cure), some of you may balk. “What about having to go to all those stupid meetings?” comes the carp.

Ah yes, those “stupid meetings.” Well, in the first place, meetings are a very useful place in which to find others whom one may help. Most of the time, in most of our acquaintanceships, individuals do not show their need, do not ask for help. But at an AA meeting even the newest newcomer – perhaps still reeking from his last binge, though more likely still dazed from her recent treatment experience – even that rawest fledgling realizes that he or she is helping by mere presence, offering a useful “Remember when” to perhaps more jaded members who had begun to forget their own first meeting.

And there are always, at every meeting, some present who need help – usually about 110 percent of the attendees. For ordinary life is not the smooth glide of a television sitcom. There are the in-laws who just don't understand; the adult children who seem determined to make especially the mistakes that their parents had been wise or skilled enough to avoid; the spouse whose needs, even though genuine, are beginning to drain one's loving but limited strength; the parent who seems to be making ever-increasing demands on one's time and stamina; and the list goes on.

For people at meetings of Alcoholics Anonymous do not speak of drinking, they talk about living: about living the Twelve Steps in all aspects of their lives. The words “alcohol” and “alcoholics” occur in those Steps only twice: in No. 1, “powerless over,” and No. 12, “carry this message to.” The rest of the Steps deal with how to live – without alcohol but with reality. Yes, some Steps mention “God,” and most A.A. members are believers and more or less religious in practice.  But it is also true that for some members those letters stand for “Good Orderly Direction” or even “Group of Drunks,” and no one objects to those understandings. Again, the Steps deal with how to live – with all reality, and as the fellowship's Third Tradition states:  “The only requirement for A.A. membership is a desire to stop drinking.”

The joy of AA meetings – and it can be called that – is that they are a place where people can talk about such things, the jarrings and rubbings and dips and bumps of everyday life. Rarely in our quotidian wanderings do we have such an opportunity. No one wants to hear our “troubles,” perhaps especially not when they are seemingly so very petty. “Who cares?” we ask ourselves. In fact, we know, just about nobody does. And so we wisely and properly hold our peace and say nothing, or very little and only indirectly, of those matters that may be “bothering” us. No one wants to hear our “bother”: They have enough bothers of their own, and so we thoughtfully remain silent about what is really going on inside us.

Once upon a time, extended families who lived together or nearby afforded individuals – a wise aunt, a taciturn grandparent – to whom and with whom one could “open up.” What many need more than anything else in our crowded lives is someone, or someones, who listen – just plain listen. At an AA “discussion meeting” (by far the most common “closed” meeting – for alcoholics only), each person around the table or in the small group speaks only once. Some try to help or heal the pain another has revealed. Most mainly listen, using their “shares” to reflect understanding and compassion.  Each participant comes away from such a group knowing, feeling, convinced that “I am not in this alone.” That is no small help.

The second – and for some the main – reason why “going to those stupid meetings” is so important is that the “stupid” reality of going to those meetings just might prick the balloon of self-important self-centeredness that just might be “the root of our troubles.” It is difficult to feel self-important when one is doing something one thinks is “stupid.” The root meaning of “stupid,” in the Latin, is to be stunned, benumbed. Maybe some alcoholics, especially those least thinking so, need to be stunned – God knows, they were often enough benumbed.

All of the above, of course, applies only to alcoholics. And since neither I nor anyone else around here can speak at all “officially” for Alcoholics Anonymous, these are just the ravings of a bemused observer. What I've written probably doesn't even apply to most AA members.

Unless: Someone once suggested, in observing how effectively Alcoholics Anonymous seemed to heal “shame,” a reality before which many psychotherapists dance away in avoidance, suggested that “alcoholic” is simply “human being” written large. Perhaps, then, we can extrapolate?

A fundamental insight of any spirituality is that “there is something wrong with me.” Most obviously, each one of us, though capable of achieving so much in every sphere imaginable, is going to die. And there are other flaws. Some people use the concept of “original sin” to explain them. Others use images: wounds, cracks, holes, bendings. My favorite image/explanation is borrowed from the Pulitzer Prize-winning anthropologist Ernest Becker: “Man is a god who shits.” On the one hand, we are in a sense godlike in our ideals and aspirations, our loves and our triumphs; on the other hand, we are periodically, with some frequency, reminded that we too, someday, will decay and stink.

Alcoholics – I will go out on a limb and hazard to say – are not the only humans bedeviled by “selfishness – self-centeredness.” The diagnosis – the disease – in fact seems fairly widespread. And while most of the rest of us will not “have to go to those stupid meetings,” perhaps we can do more than envy those who do. For “Help others” is not a suggestion – command? – aimed only at alcoholics.

The Sufi tell a story:

Past the seeker on the prayer rug came the crippled and the beggar and the beaten. And seeing them, the holy one went down into deep prayer and cried, “Great God, how is it that a loving creator can see such things and yet do nothing about them?”

And out of the long silence, God said: “I did do something about them. I made you.”

“What can I do?” For starters, one does not have to go to a meeting of Alcoholics Anonymous to listen – by one's attitude and bearing to transmit a willing readiness to hear thoroughly, to attend thoughtfully to another, not waiting for the pause in conversation that will allow one to tell “what happened to me,” but truly listening. Perhaps the cruelest words in any conversation are, “That reminds me ...”

If there is one thing that I hope I have learned from my years of study of the story of the program and the fellowship of Alcoholics Anonymous, it is the importance of listening. If there is one thing I would urge on anyone who hopes to be caring and loving and wise, it is to listen.

For in perhaps surprising measure, that is why – and how – AA works.

Ernest Kurtz is the author of the new book "Experiencing Spirituality," as well as "The Spirituality of Imperfection" and "Not God: SA History of Alcoholics Anonymous."