Why the '90s are literally disappearing from history

As the 1990s recede from view, their most important cultural artifacts are collecting — and turning into — dust 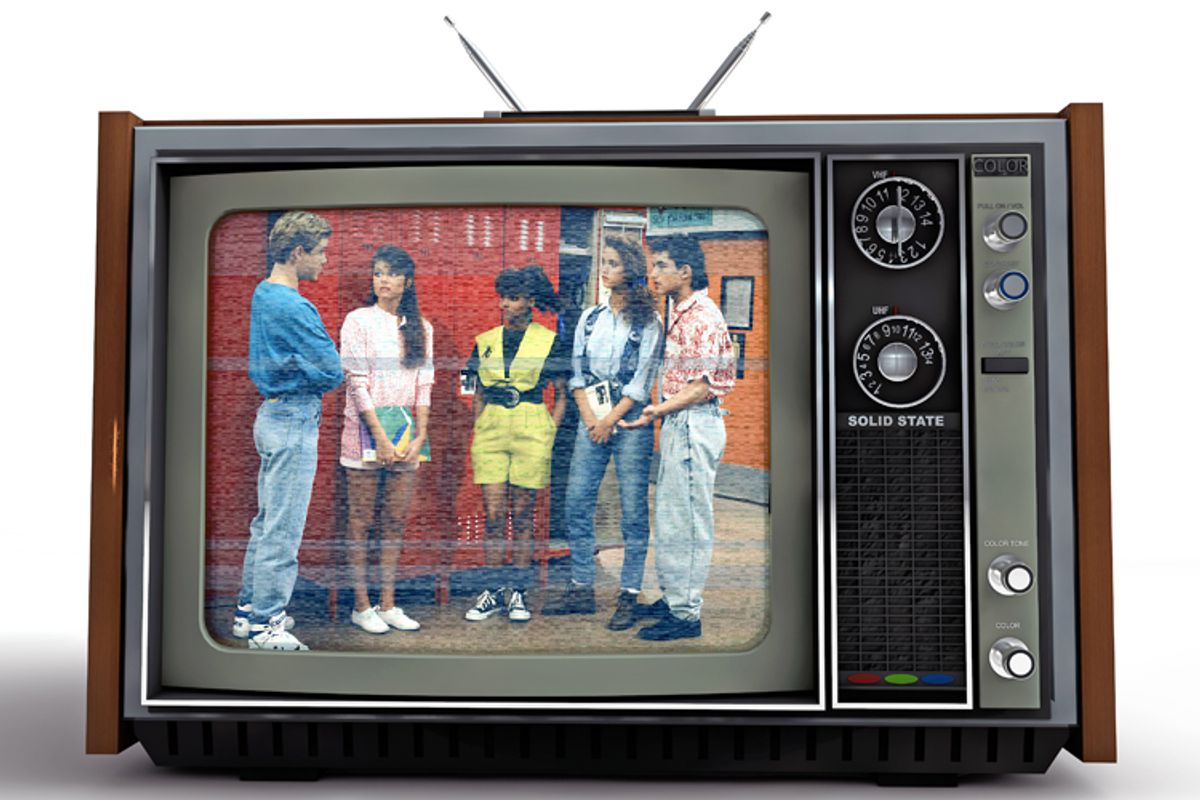 A man whom it amuses me to call "The Last Stereo-Repairman Hero" rode his motorcycle to my house a couple of months ago. He brought with him a backpack full of tools and electronic parts: a soldering iron, some fuses, a jeweler's loupe.

I had summoned him to work his magic on a turntable and an integrated receiver/amp, legacy hi-fi stereo components that had emerged from a couple of years of storage in a state of severe dysfunction. The local repair shop in Berkeley that I depended on for years for things like this had gone out of business. But their Web page pointed me to Gene, who looked to be pushing 70, but was still doing good business making house calls across the greater San Francisco Bay Area.

He took apart my receiver, socketed his loupe in his left eye, and started eyeballing the exposed circuit boards. He explained to me that he was looking for spots where the soldering welds were starting to crack -- a frequent cause of degradation in aging stereo equipment, but something he could easily fix with some fresh solder or a judicious application of heat.

I marveled at the sight. There was something deliciously old-school artisanal in his ability to diagnose silicon woes simply by looking at circuit boards. Where I saw inscrutable mystery, he perceived the mundane.

Gene spent a couple of hours repairing my equipment. But even as he brought my hi-fi back to life, I felt as if I was witnessing the last nails in the coffin of a passing era. My amp wasn't built to last forever; eventually its sustenance would be beyond human help. Gene too would be gone. Strive as I might to maintain my nostalgic atavism in the face of onrushing obsolescence, I know that this too shall pass. My children find the whole charade very quaint.

I was reminded of Gene's visit earlier this week when I read a lovely essay in The Atlantic by Adrienne LaFrance investigating the relentless decay and degradation of our old compact disks. It's true: The '90s are already fading into dust! Too soon! Too soon!

Yes, the ubiquity of a once dominant media is again receding. Like most of the technology we leave behind, CDs are are being forgotten slowly. Eventually, even the fragments disappear. No more metallic shards of broken discs glinting from the gutter. No more old strands of tape cassette tangled in tree branches like tinsel. We stop using old formats little by little. They stop working. We stop replacing them. And, before long, they're gone.

And yet: Vinyl record sales rose to a 15-year-high in 2013. In May, the largest vinyl pressing plant in the U.S. announced it was expanding operations.

The total dollar figure of vinyl sales in the U.S. in 2013 was only $177 million; which, in the context of the entire music industry, represents little more than hipster affectation. But here's something to ponder: Will compact disks ever see a similar resurgence? I'm guessing no. There's no point to it. CDs, as objects, have no cultural heft, no analog quirks to savor. They were merely the cheapest way, at the time, to deliver a package of ones and zeroes. Once you've ripped your old CDs, or switched to a streaming music service, there's zero reason to keep them around.

I started feeling nostalgic for my old vinyl record albums the day I bought my first CD, and I've never been able to let go of them. But I feel nothing for the passing of the compact disk. I am immune to their decay. Let 'em rot! I have a turntable and a cassette player connected to my receiver/amp -- but no CD player. It's entirely unnecessary. (It might even be broken, but I don't want or need Gene to fix it.)

So what do we keep, and what do we let go? Much is made in Silicon Valley today of the notion that access is replacing ownership. We don't need to own cars in the age of ride-sharing. The "cloud" will take care of all our computing needs. We don't even have to employ full-time workers, we just grab them from TaskRabbit. We rent, we share, we outsource -- this is the millennial way. Owning is just so feudal.

Much of this is rhetorical bullshit aimed at justifying $10 billion market valuations for the likes of Airbnb and Uber. But there is grist to it that can't be dismissed. I felt the pang of a paradigm crashing just a couple of days ago when a random Tweet had encouraged me to sample Swedish chanteuse Lykke Li's new album, "I Never Learn." My son's Spotify account is hooked up to the family stereo via Sonos, so I gave it a listen without committing to buy.

Somewhere around the third song I realized I was enjoying the album so much I wanted to own it. I wanted it to be part of my collection. But then I checked myself. Why pay $9.99 on iTunes for the album when I could listen to it, and virtually anything else, for seven bucks a month on Spotify? Actually owning those digits made no logical sense.

(I suppose we could have an argument about whether the income generated by streaming royalties will be enough to support the ongoing production of new music, but that's an entirely different story!)

My struggle is partially an artifact of the creakiness of my generation. My kids will never wrestle with this transition. They won't knock their heads against my nerdy paradox: Even as I hang on to the Neil Young triple-album anthology "Decade" that I purchased as a 13-year-old, and pay 70-year-old men to keep my record player humming, I am letting go of the notion that music is something that should even be owned.

But then again: Vinyl sales are rising, because those LPs are cool in a way that compact disks are not. Old formats don't always fade away. We ascribe value to things for all kinds of reasons. It's not just about access. It's about connection and memory and visceral sensation. We keep what we want to keep, because these things help us define who we are.

A good Buddhist would likely tell us that those kinds of external definitions are nothing but illusion. But it raises a question: If the future does indeed turn out to be all about access, instead of ownership, how will we define ourselves? I look at my albums, and I feel anchored. Once we're all just dust motes in the cloud, it will be all too easy to drift.