Is Amazon ruining dating in Seattle? 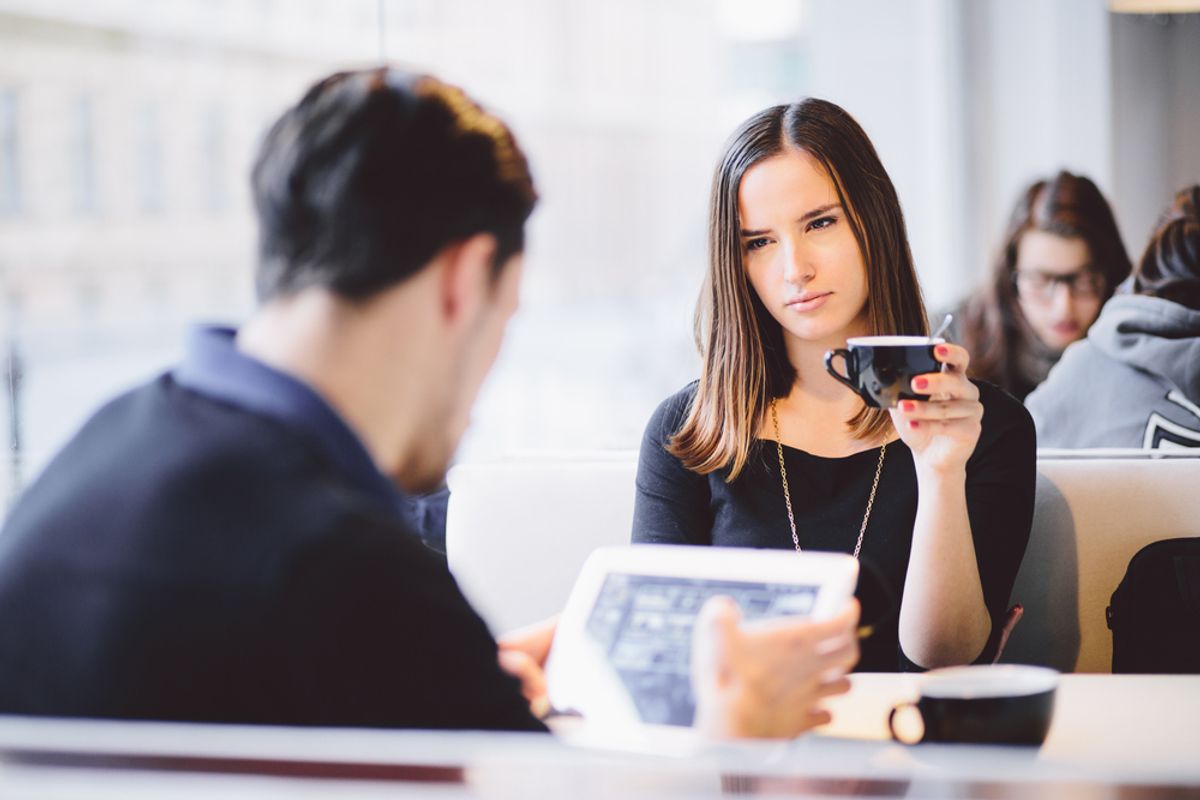 This article originally appeared on The Daily Dot. It has been corrected since it first published.

Tech consultant/writer and Seattle native Jeff Reifman is having a hard time finding a date in his city. But unlike most men, who might blame their romantic travails on being overweight or living with their parents or women being selfish shallow bitches who just can’t appreciate Nice Guys, Reifman believes his dating woes come from a less expected source: Amazon.com.

In a blog post titled “You’ve Got Male: Amazon’s Growth Impacting Seattle’s Dating Scene,” Reifman says that the retail conglomerate’s rapid expansion—Amazon’s Seattle workforce has increased nearly fivefold over the past few years, with its number of Seattle employees up from 5,000 to 25,000 since 2010—has affected his ability to get a date. Approximately 75 percent of Amazon’s workforce is male, and Reifman argues that there simply aren’t enough available single women in the city to go around:

Over the past two years, I’ve personally found dating in Seattle has become increasingly difficult. It’s less common to meet single women in person and online dating is more difficult. It’s not that I can’t get dates but it’s harder to find women that are a good match for me. Online, it’s been harder to catch women’s attention, harder to get them to schedule a date and they cancel dates more frequently. When we do meet in person, it’s been harder to capture their interest and nearly impossible to find one interested in a relationship. The women here seem more distracted than ever before and at times, I’ve felt like a number to them.

So Reifman did what any sexually frustrated single male would do: He crunched the numbers, comparing estimates of Amazon’s expansion to census data in Seattle. What he found was a significant gender imbalance between eligible single men in Seattle and eligible women, weighing heavily in women’s favor: By the end of 2014, he projects, there’ll be 130 single men for every 100 single women, an estimate that’s up from a ratio of 119 single men to 100 single women in April 2010. In short: Amazon has turned Seattle into one big sausage fest.

Of course, it’s not all that surprising that there would be more single men that women in a city experiencing enormous tech growth. There are similar gender imbalances in Silicon Valley, for instance, to the point where the dating startup Dating Ring is arranging for single women in New York City to fly out to the Bay Area to meet single men. But as jarring as Reifman’s habit of number-crunching to explain why he’s not getting laid may be, it’s probably reassuring for men in the Seattle tech community to hear that their romantic troubles are not due to any fault of their own, but to a good old-fashioned gender disparity.

Short of the Dating Ring’s proposal to fly out eligible women to Silicon Valley (which, when it was announced earlier this year, was unfavorably compared to the Japanese Imperial Army’s practice of providing “comfort women” to World War II soldiers), there doesn’t seem to be a solution in sight to the tech community’s gender imbalance. (Except for, you know, hiring more women in tech, but of course that’s out of the question, because they might have their periods all over potential investors.) But for single women, there’s obviously a silver lining to this cloud. Ladies, if you’re having trouble navigating the East Coast dating scene, take a trip to the City of Flowers. Reifman and his buddies will welcome you with open arms (and smiling peens).