A nasty fungus threatens to obliterate our supply of premium coffee

We have climate change to thank for this, too 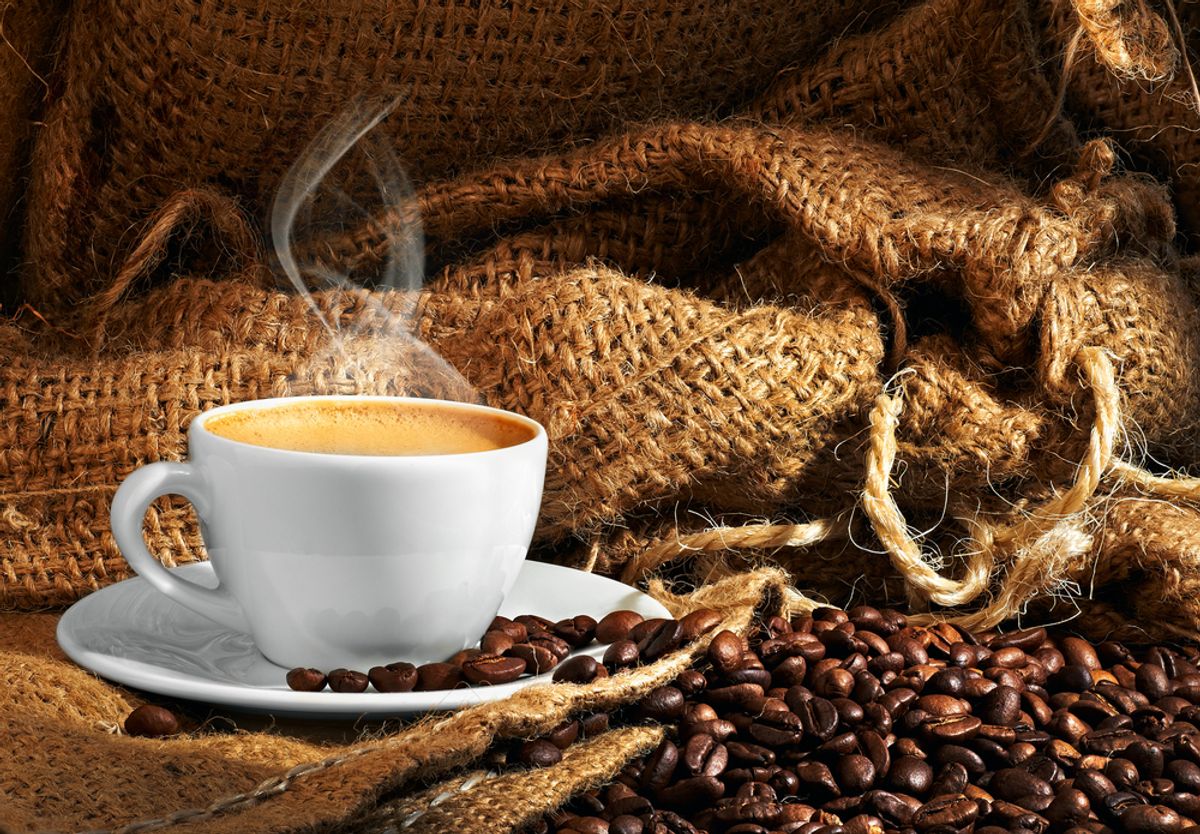 A highly contagious fungal disease is wiping out Central America's coffee plants, the U.S. Agency for International Development (USAID) warned Sunday, with dramatic implications for the coffee-dependent. That includes agricultural workers in Latin America and the Caribbean, whose livelihood is at risk, and the consumers of premium coffee, who may have to start paying even more to support their habit.

In the two years during which it's swept across the region, coffee rust, known locally as la roya, has already caused $1 billion in damage, according to USAID. "The current coffee rust outbreak is the worst in Latin America's history," the agency said in a statement. "It is estimated that production will fall by as much as 15-40 percent in the coming years." Here's what you need to know:

Why is this such a big deal?

That fancy coffee you splurge on every morning will start to look like a bargain compared to how expensive it could wind up becoming, leaving consumers with the choice of either coughing up the extra money or switching over to gross, non-fancy coffee from Asia and other non-infected regions. Right now, Ric Rhinehart of the Specialty Coffee Association of America told the Associated Press, it's only small-scale specialty businesses that have been forced to raise their prices -- larger companies, like Starbucks, say their broad range of suppliers has allowed them to source enough coffee to keep prices stable, for the time being. In a worst-case scenario, he added, you'll be paying "extraordinarily high prices for those coffees, if you can find them at all."

Why is this really such a big deal?

The panic over coffee rust has less to do with concern over high-end taste buds and more to do with the serious threat the disease poses to Central American workers. Coffee-based agriculture is a major industry in the regions currently being hit; the outbreak, as the New York Times reported earlier this month, threatens to completely upend vital segments of the economy, to far-reaching effect:

Big farmers hire fewer workers to pick the ripe coffee cherries that enclose the beans. Smaller farmers go into debt and sell livestock or tools to make up for the lost income. Sales fall at local merchants. Teenagers leave school to work on the farm because their parents can no longer hire outside help. At the very end of the chain are the landless migrant workers who earn just a few dollars a day.

...“Roya has exposed the depth of the social and economic problems in terms of people’s vulnerability to the market and to climate change,” said Peter Loach, the Guatemala director of Mercy Corps, an aid agency. “What makes it different and complicated is that it’s a slow-onset natural disaster over two to three years.”

As many as 500,000 people, particularly small farmers and seasonal workers, are at risk of losing their livelihood and food security, USAID said. As if that weren't bad enough, the agency added, the loss of work could make those workers "more susceptible to the illegal drug trade and associated violence in countries such as Guatemala, Honduras and El Salvador."

Can anything be done to save the coffee?

Coffee growers have attacked the problem for a number of angles, from spraying fungicides to managing shade trees, which appear to slow the spread of the fungus. Once infected, plants can require years to recover, and by the time the disease itself is discovered on a crop, it's often too late.

Meanwhile, the world is ramping up its efforts to join the fight against coffee rust. USAID is teaming up with Texas A&M University's World Coffee Research to the tune of $5 million to develop new, rust-resistant coffee varieties, Reuters reports, as well as to step up Latin America's ability to monitor and respond to outbreaks. According to USAID, this latest effort brings the grand total of its contributions to $14 million.

Can we blame climate change for this?

Yep. This sort of thing has happened before, to devastating effect -- a 19th century outbreak is the reason why they drink tea in England -- but as is so often the case, climate change is exacerbating the problem this time around. The hallmarks of climate change as it's currently being experienced: warming temperatures, along with an increase in extreme rainfall, help the fungus thrive and spread to higher altitudes, allowing it to infect more crops in more areas.

It's hard not to see it as a bellwether of future crises.