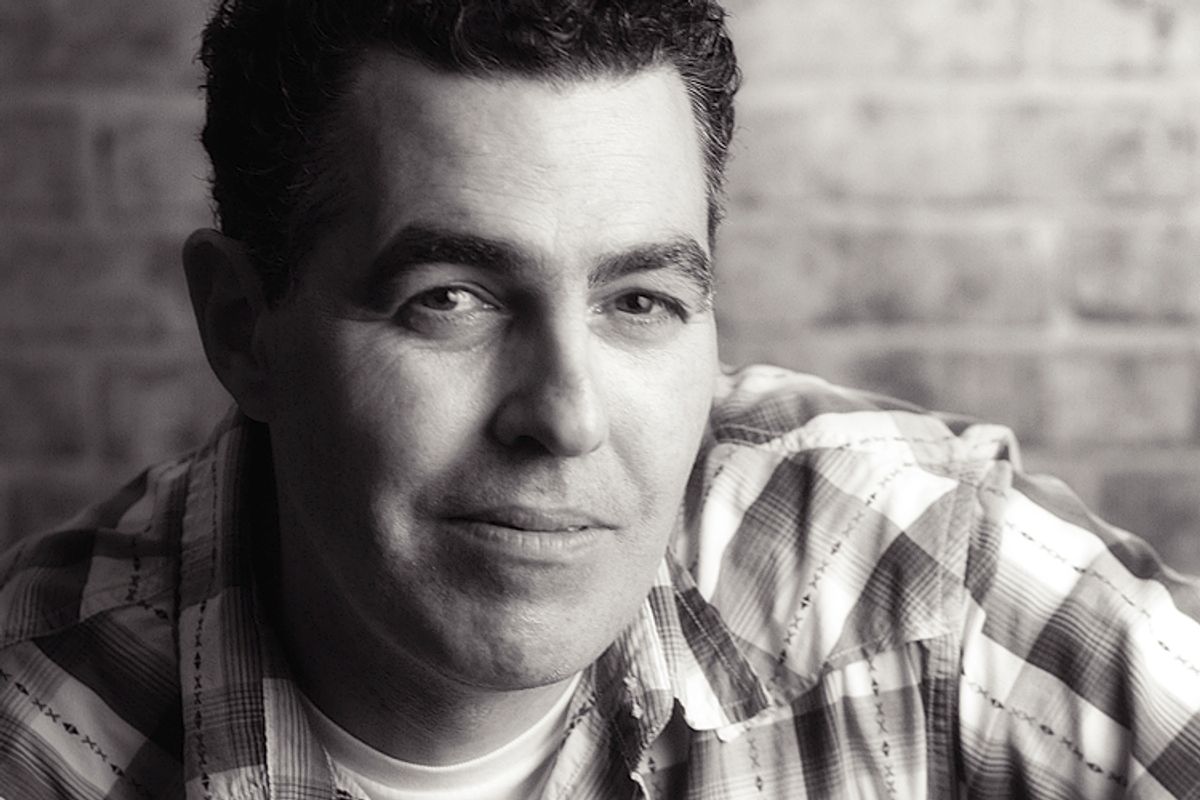 Adam Carolla, as ever, has a few things to get off his chest.

The comedian and podcaster, whose broadcast career began with the 1999-2004 Comedy Central hit "The Man Show," has become a full-throated advocate for what he views as pragmatism, one that underpins his new book, "President Me: The America That's in My Head." The book, a jokey set of policy proposals that a President Carolla would put into place, is dizzying, jumping between slice-of-life humor ("I would like McDonald's to knock it off with the toys in the Happy Meal") to actual statements of belief ("When it's not pussy parents, the ACLU gets involved. [...] This is going to make failures out of our kids").

This is hardly new. Carolla remains angry over the criticisms he took for mocking the LGBT community, for which he grudgingly apologized in 2011. The star, who's appeared on both "Dancing With the Stars" (eliminated, week four) and "The Celebrity Apprentice" (fired, week four), told Salon that gay people have "just turned into a mafia and demanding everyone apologize for every joke and retract every statement," though he denies that he has any problem, as such, with gay people specifically.

Carolla is as unguarded about his opinions as anyone who's written a book describing his ideal America ought to be -- and he's quick to remind an interviewer that he's not a politician, so he can say what he likes. As for the question of representation in comedy and why comics are so predominantly white men, Carolla suggested that Asian people specifically are less apt to become successful comedians due to unnamed deficiencies. This is one of the many issues that wouldn't be addressed in a Carolla presidency -- see you in 2016, Adam!

First things first: Do you think you're actually electable?

Is there anything in your career -- a joke, for instance -- you regret?

It's weird -- I don't have much of that. It's not because I don't think I could have been better, but what use is there? I mean, in general, I sort of stand by the stuff I've said and done. But in the broader sense, there's nothing that can be done about it, whether it happened 10, 15 or four years ago. I'm just sort of insanely pragmatic.

Do you feel as though an increased sensitivity in culture has made it difficult to be a comic?

I do feel that way, to a certain degree. I do feel like when people start talking to me about bullying or whatever it is -- they're talking to me and becoming insanely outraged over some things! It's a rite of passage, whatever's going on. People have been bullied for thousands of years. I find myself, A) tuning out, but B) pushing against it, saying, "Who cares? Relax! What are we even talking about?" I've been saying for years, the jocks don't even know who the nerds are. It's usually jock-on-jock or prom queen-on-prom queen bullying than it is jocks bullying nerds. In general I don't care, but I also don't care about thirdhand smoke, because it's not real.

It's kind of a weird thing. It's weird that comedians are on the list of people who are offending other people with the things they say. It's counterintuitive. It's like -- I think every year Variety or the Hollywood Reporter or one of those magazines comes out with a list of celebrities or notables that hate the gay community. Whatever it is. I was on that list, because in 2011 I made a joke about Chaz Bono. Jesus Christ, if you can't joke about Chaz Bono, then we're all through! They had Tracy Morgan, several of the people on the list were comedians. And when did this start up? They're comedians, onstage, making jokes! They may mean it half the time, but they're still making jokes, why are they held to the same standard as statesmen?

My feeling about the gay community -- first off, you can't live in Hollywood and get along in this business and be in theater companies and improv companies and have issues with gay people. My last movie I did was a boxing movie called "The Hammer," and the director [Charles Herman-Wurmfeld] was gay. If you can't work with gay people, you're gonna have a difficult time in Hollywood. There's plenty of gay people and they're in positions above you. You're not going to get your movie directed. I don't have a problem with it -- they've just turned into a mafia and demanding everyone apologize for every joke and retract every statement.

It's turned into something that's bigger than it is. I've lived in this town my whole life and never seen it like this. There's been comedians telling jokes but no overt gay-bashing crimes. I don't even know who's gay and who's not gay nine times out of 10 -- why do you even need to know? Your skin color and gender one can see, if one wanted to discriminate. In terms of sexual proclivities, I don't know what someone's into! You could work with someone who's into kids -- how would you know? I don't know and I don't care. In the book, what I say about the gay community is that someone sent me "the top 10 reasons gays should marry." One: They're American. Two: They pay taxes. Three through five: So they can shut the fuck up. I don't want to be lying on my deathbed and realize gay marriage and legalization of marijuana is all I discussed the last half of my life.

Comedians often look a lot like you -- straight, white and male. Do you feel any obligation to help underrepresented comics climb the ladder?

You're presuming I got lifted up the ladder. I don't feel the need to lift anyone up. If they're funny, I'll give them a shot. If they're not, I won't. But I don't have quotas to fill. I'm fine with the notion that there are genders and races that lean more to comedy -- where are the Asian comedians? Maybe there just aren't any! For that matter, where are all the Jewish roofers? What are female comedians doing about the lack of Jewish roofers? I demand answers!

Do you feel as though your career and style, from "The Man Show" on, have alienated women and gay people, and made it more difficult to grow your audience?

Every book I write and live show I do, it's half women; I'm not sure how it breaks down from a homosexual standpoint. I'm not sure how to check that, but I'm working on it. Just a little pinch, doesn't take much blood. I grew up loving Richard Pryor, but I didn't ask why I enjoyed someone who's not white. There are probably a lot of Seahawks fans rooting on the best defense in the league, that's all black, and they are white. They say Los Angeles is half Latino, and we need a mayor who represents us. Really? Isn't he supposed to make the best policy, not represent your culture? It's fucked up. We feel like we need one of you to represent your policy. I don't feel like I need a comedian to represent me.

Many people feel as though there are systemic disadvantages built into the system, and that it's more difficult to get representation, in comedy or in politics, if you're nonwhite. Do you think about privilege, as it's commonly called?

How did Asians pass white people? They got lucky? Someone should look into that, perhaps. I would go ahead and say: The Asians beat the rigged system and did better than white people. You don't think that'd be something to look into? Do you think we decided to rig the system against certain ethnicities?

That's the world, that's how it's always been. That's why people try to get rich. As far as the left goes, for people that don't seem to care much about money, that's all they talk about -- who has this and who doesn't. It's weird to say you don't need it but also obsess about it. I try not to think about who I'm helping along or who I'm holding back. I just go to work with whoever I work with.