"The Maya Rudolph Show" proves the pitfalls of the variety show

In the premiere, even Rudolph's comic talents can't save a show that just feels like friends goofing around 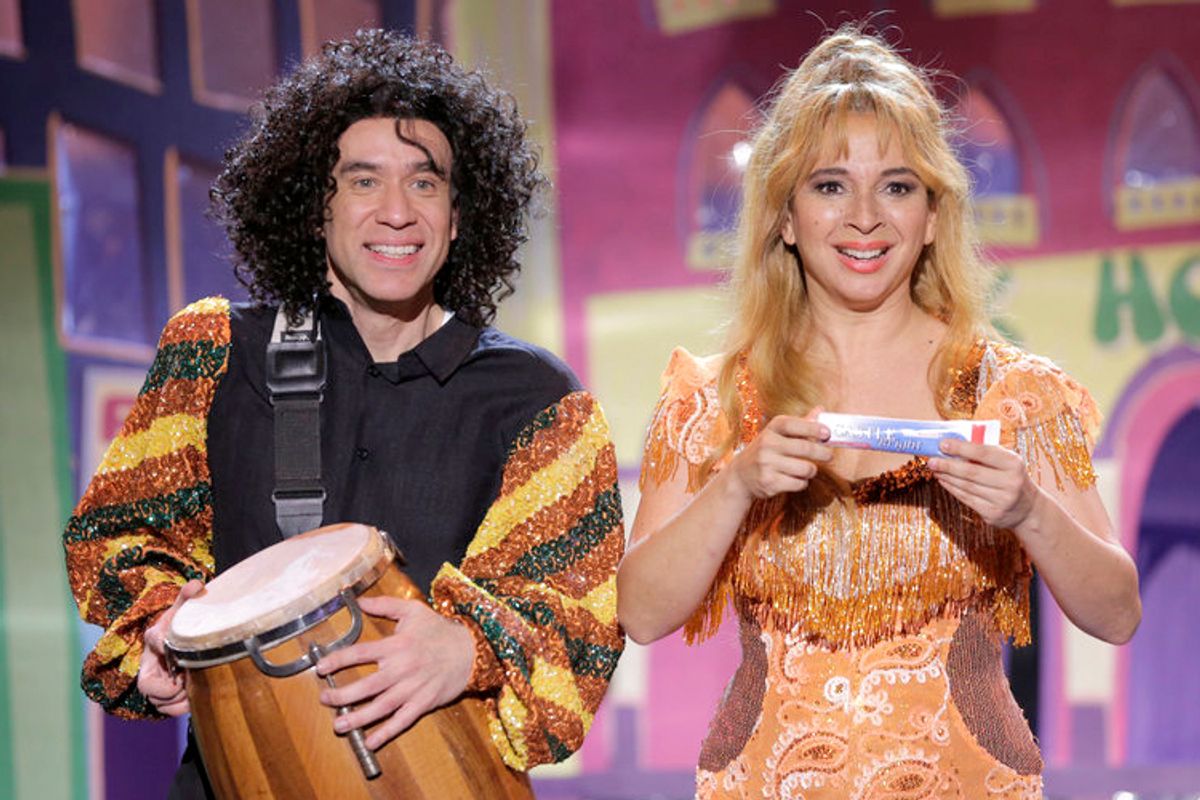 With last night's "Maya Rudolph Show," NBC has made the latest attempt to revive the prime-time variety genre -- one that had been largely dormant since NBC tried to capitalize on memories of Rosie O'Donnell's daytime fame with "Rosie Live!" in 2008. "The Maya Rudolph Show" is fairly explicitly modeled on "The Carol Burnett Show," as Rudolph herself told New York magazine: "When I left 'SNL,' I wanted to work with my friends. That’s what I missed the most. I saw her cracking up with her friends."

And, indeed, "The Maya Rudolph Show" features Rudolph goofing off with her pals -- among them executive producer Lorne Michaels and comic actors Fred Armisen, Andy Samberg, Chris Parnell, Craig Robinson and Sean Hayes. But its first episode never moves beyond the sense of watching an amusing group of people amuse one another. In that sense, it is a lot like "The Carol Burnett Show," which took constant breaks for the performers to laugh at one another. Even though we know and love Rudolph's work from "SNL" to "Bridesmaids" to the sadly mistreated sitcom "Up All Night,"  there's no real angle to "The Maya Rudolph Show" besides the idea that a variety show seemed like a fun thing for her to do.

In the opening number, Rudolph danced, briefly, with the Laker Girls, because she said it was the culmination of a lifelong dream -- but that was, itself, the joke. She sang with Kristen Bell because "this year, one of my absolute favorite movies was 'Frozen'" -- OK, but the number had little to say about the smash kids' movie other than that it existed. On "SNL," Rudolph excelled at edgy, subtle culture satire, expertly sending up prominent figures in the cultural landscape with her canny impressions. But "The Maya Rudolph Show," at least at this early stage, is less satire than spitballing; it's comedy without a point of view

Rudolph is visibly excited to perform for an hour during prime time, but her sketches often seemed, well, sketchy. "The Maya Rudolph Show" lampooned doctors who don't listen to their patients, people who climb over seats in theaters, and game shows. Game show spoofs are, too, hallmark of "Saturday Night Live," which with less time to prepare comes up with fresher takes on the genre than this show does, in which Rudolph plays a Russian socialite who can only say "Juice." A song about how babies are gross begins with Parnell joking that his baby looks like "Winston Churchill dipped in putty" -- though, like all the other comics on the show, Parnell definitely seemed to be having fun. Rudolph was at her very best in a sketch about the voices of the GPS, but it felt oddly toothless, unlike the sharp, strange work she used to do at a later hour.

Wish-fulfillment isn't always bad -- sometimes it can, at least, be wacky and original. Back in 2008, "Rosie Live!" began with O'Donnell joking about her underwear and then moving on to a duet with Liza Minnelli. The O'Donnell show was an utterly misbegotten piece of camp and a tribute to O'Donnell's own self-regard, made by people who had no idea what they were doing. "The Maya Rudolph Show," by contrast, is well-meaning and competent, but thus far no one is likely to be thinking about it six years, or six weeks, from now. There's no particular reason that a variety show needs to exist today; we have the late-night show and "Saturday Night Live," so a new entrant needs a forceful argument for its own existence. "The Maya Rudolph Show," as a show, feels like proof of Jimmy Fallon's impact across the industry -- suffused with the notion that as long as the show meets a minimal standard of craft and amiability, and as long as the host and his friends are having fun, the viewer automatically will too.