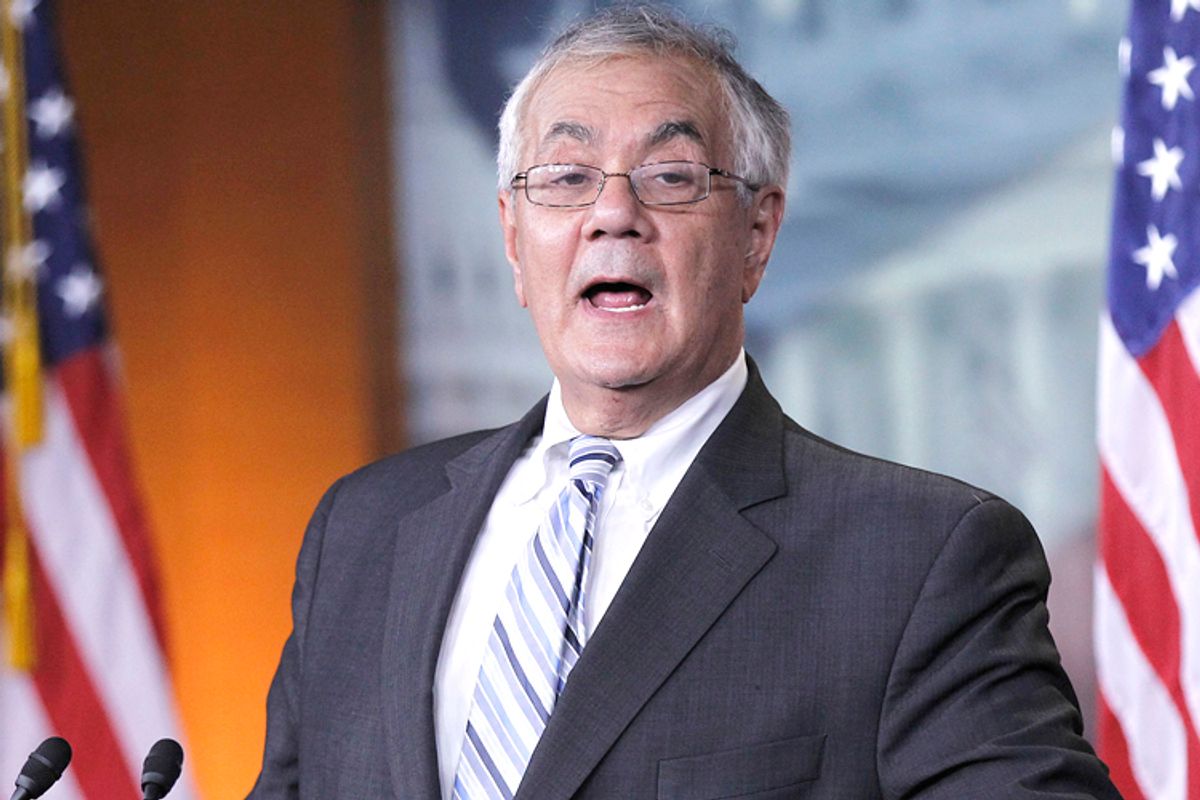 On a list of the qualities that would make a person worth voting for, what do you think would come in dead last? It's not a history of infidelity. It's not prior pot smoking. It's not even being gay or lesbian. Nope, according to a new Pew Research survey, it's a lack of religion.

The recent study of candidate traits found that 53 percent of all respondents said they'd be less likely to vote for an atheist candidate -- and a full 70 percent of the Republicans who replied said they wouldn't. Given that this is a nation in which a third of the population flatly rejects evolution and 30 percent believes the Bible is the literal word of God, perhaps that antipathy toward politicians who don't practice a religion is understandable. Yet more Americans than ever are identifying as non-religiously affiliated and atheist. A 2012 WIN-Gallup International poll found that in just a seven-year span, the percent of Americans who call themselves "religious" dropped 13 percent, while the population of self-described atheists rose 4 percent. So why are voters still reticent about putting more nonbelievers in office?

In recent years, atheists and agnostics have gained considerably more traction in global politics. We've seen leaders like Norwegian Prime Minister Jens Stoltenberg, who has said he's "not a member of any denomination," agnostic Deputy Prime Minister of the United Kingdom Nick Clegg, Irish labor leader Eamon Gilmore, who says "I doubt rather than I believe, let me put it that way," Italian President Giorgio Napolitano, and most famously, atheist Julia Gillard, the first female prime minister of Australia.

But in the U.S., acceptance has come more slowly. Barney Frank came out as gay in 1987, but conspicuously waited until his political career had wound down before calling himself a "pot-smoking atheist" last year. Atheism is largely a career-killing taboo, not just in politics but in many other high-profile fields. Yet things are changing. In 2012, Kyrsten Sinema became not only the first openly bisexual elected member of Congress but also was among the most high-profile non-religiously affiliated leaders in American politics. When she was sworn in, she took her oath of office on a copy of the United States Constitution. Tammy Baldwin and Mark Pocan have described themselves as "unspecified." Last year, Omaha state Sen. Ernie Chambers campaigned to remove the phrase "so help me God" from swearing-in procedures.

Nevertheless, it's frustrating that in a nation that built the ideal of keeping God out of government into its foundation, voters are still so reluctant to support candidates who keep God out of their own lives. As a Catholic, I want leaders who don't interfere with my faith but I don't need them to share in it. In fact, I strongly prefer they not. I want politicians who can serve all their constituents, without moral conflicts of interest. You'd better believe I don't like what happens when the dictates of a faith collide with the healthcare needs of women. That's why I vote in a manner that works toward keeping religion out of government. And one of the easiest ways to bring that about is to support more candidates without religion in the first place.