From Lorde to Rihanna to the new Barbie, Goth culture's comeback is a win for women

Against the bubblegum sexuality of our pop cultural landscape, there's something refreshingly defiant about Goth 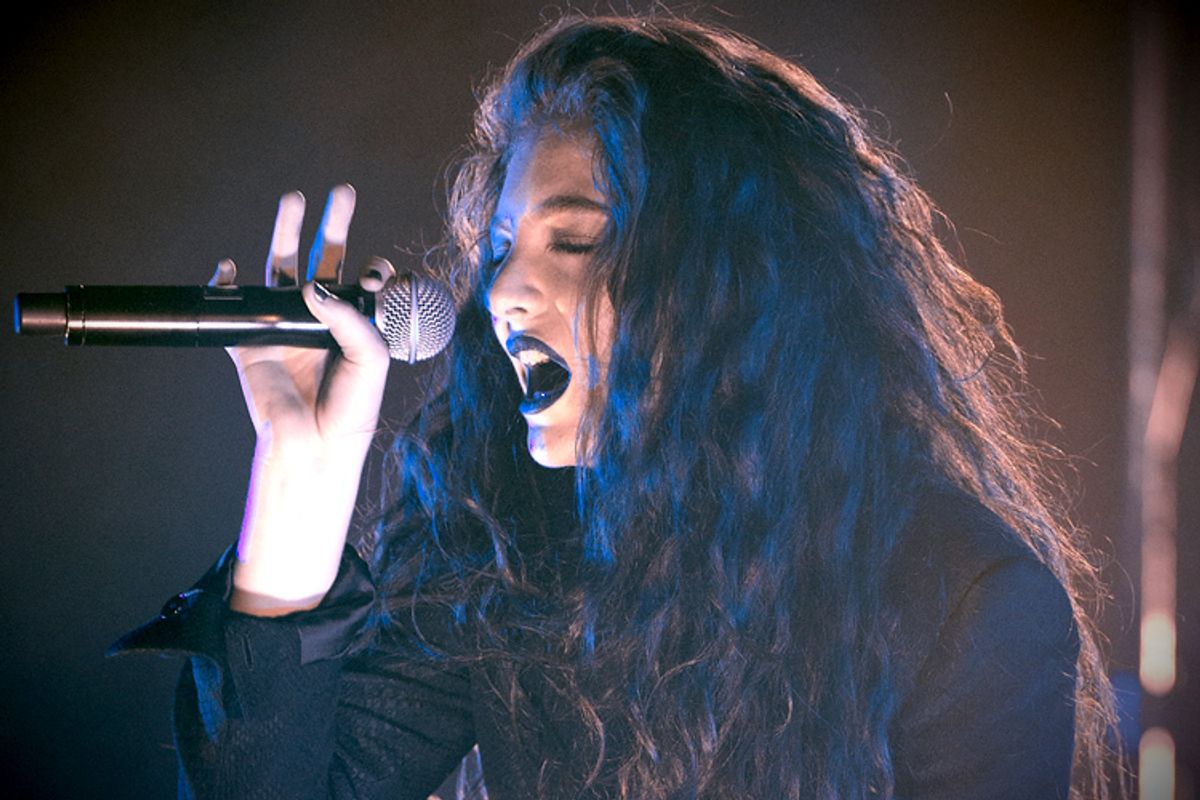 Many fashion trends have come and gone — shoulder pads, red-soled heels, Normcore — but there’s one in particular that has been oddly persistent: Goth. The black lipstick. The Elvira-style, jet-black hair. Goth, which was born in the early ’80s from music like Joy Division, Bauhaus, the Cure and Siouxsie and the Banshees’s, embraces everything black and everything Victorian, finding gloomy inspiration in the darker side of life. As the fashion historian Valerie Steele wrote in “Gothic: Dark Glamour” (via the New York Times): “It is not just a term that describes something (such as a Gothic cathedral), it is also almost inevitably a term of abuse, implying that something is dark, barbarous, gloomy and macabre.” And yet Goth is currently enjoying a cultural moment in the sun. This year’s World Goth Day, on May 22, celebrates Goth (in its own grim way) as a statement of refreshing iconoclasm — for women in particular.

There was Lorde’s minimalist Goth-inspired performance at this year’s Grammys, during which she donned black lipstick and black dip-dyed fingers while a massive gargoyle towered behind her. Next she’ll be going full Goth in a collaboration with musician Son Lux. Katy Perry did her best Goth move, turning her Dark Horse performance into a pop Goth anthem. Even Rihanna borrowed the phrase “Ghetto Goth” (from DJ Venus X) to describe her mix of leather mesh gloves, dip-dyed nails, creeper shoes and crosses. Edgy female musicians have been embracing Goth for decades: Stevie Nicks has been rocking Goth-y black silk scarves and capes since singing “Rhiannon.” Angelina Jolie outed Goth at the Oscars. And with her love for her frilly, black Victorian-inspired ball gowns (at least on the red carpet), Helena Bonham Carter and Tim Burton have turned Goth into a lifestyle. But especially in today's kitschily oversexed pop cultural landscape -- ruled by the kind of teddy-bear antics and bubblegum sensuality that can send head-scratching messages to young people -- there's something appealing about the bold aesthetic defiance of Goth.

In rewatching “Beetlejuice” with my kids recently, I felt newly inspired by Winona Ryder’s ebony-haired, white-skinned teenager, Lydia Deetz; she was a perfectly unhappy Goth child, empathetic to dead people, patient with her awful parents, showing a sweet vulnerability through her black, lacy weirdness. Her key line in that movie encouraged girls and women to embrace their inner idiosyncrasy by declaring, “I myself am strange and unusual.” Winona Ryder’s Lydia Deetz (and Ryder herself) became the Goth it-girl for a little while, coming out of the closet in a way with this message: It’s OK to be bleak. It’s OK to be weird.

Some of the most trailblazing fictional women in the history of television were Goth. (This is pre- Murphy Brown and Mary Richards, of course, who were decidedly un-Goth.) Yes, Goth Mom Lily Munster’s jokes revolved around the Munsters being “normal” when everyone else was different — and she always managed to argue with Herman about the role of the woman in the house. Morticia Addams was a striking feminist, especially for 1964 when her television counterparts had zero defining attributes outside of being a housewife. Her favorite hobby: cutting heads off roses. She and her husband, Gomez, were portrayed as having an incredibly romantic marriage. They were sexual (sometimes overtly). They were equal (maybe she was smarter). They had sword fights in the living room. As Charles Addams, the cartoonist who created the Addams Family, said about Morticia, “Normal is an illusion. What is normal for the spider is chaos for the fly.”

This may be why Goth has been such an attraction to women: We’re expected to smile, to look happy, to seem bouncy and terrific and affable. Goth, even in the most simplistic way, is an escape from the norm. In fact, when my 5-year-old daughter said, “Lydia Deetz is my favorite character, Mommy.” I thought: I’m glad. Because she’s a true original. She openly embraces darkness despite being an outcast.

The indie spirit of Goth culture might be a reason Mattel is finding such enormous success with Monster High dolls, which industry insiders have deemed “Goth Barbie.” With names like Draculaura, Frankie Stein and Spectra Vondergeist, Cathy Cline, in charge of marketing for Mattel’s girls, told NPR about the dolls: "The message about the brand is really to celebrate your own freaky flaws, especially as bullying has become such a hot topic.” This is why it’s too bad that Mattel allowed Monster High dolls to inherit Barbie’s problems: not enough diversity, body-image issues (the Monster High dolls’ unhealthily thin figures tore a page from the Thinspo diary) and materialistic (three of the main characters have one main hobby: shopping). Yet still, the “freaky” dolls have become a $3 billion brand in just three years. Maybe -- I hope -- bleak is the new normal, after all.