Colbert responds to MERS panic by French-kissing a camel

Not even the threat of a deadly, infectious disease can keep these two apart 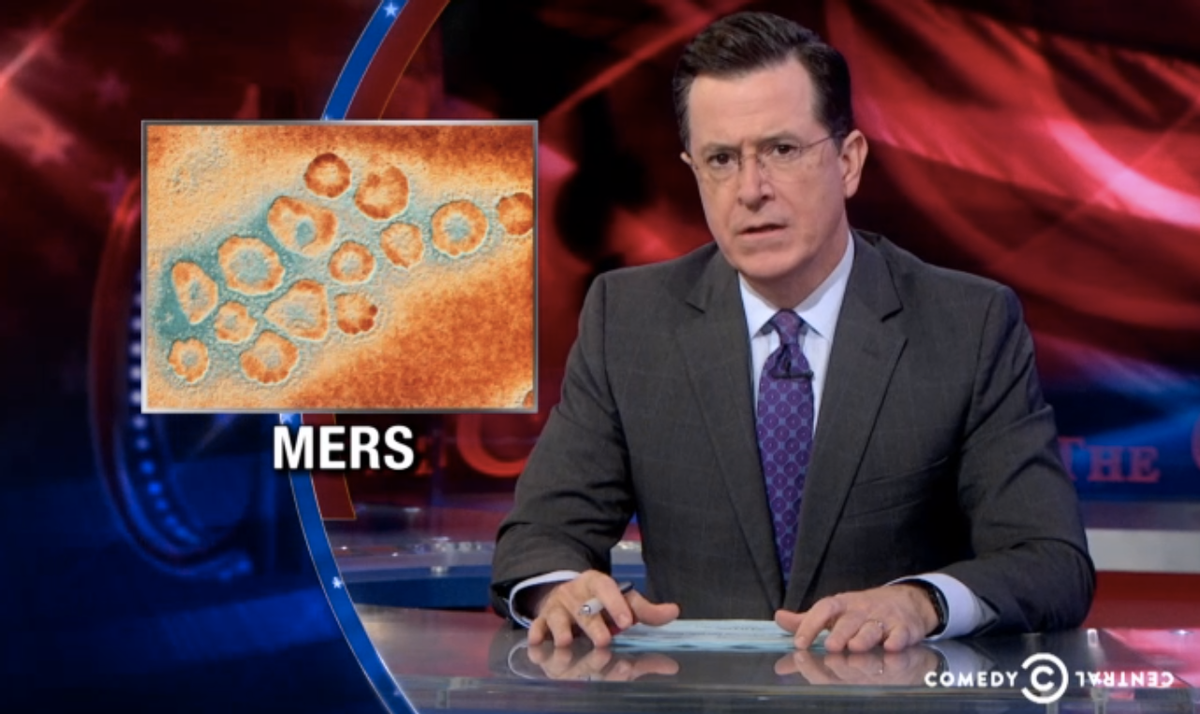 Stephen Colbert had some fun last night with the media stories circulating about the MERS virus, which has spread from the Middle East to three patients in the U.S. and, to a much larger extent, "has already infected our TV news."

The biggest danger, for now, is centered in Saudi Arabia, where the virus was first reported in 2012, and where over 500 cases have been found so far. In response to studies indicating that the disease is likely transmitted by camels, the Saudi government recently began warning people to avoid eating the animals' raw meat and drinking their unpasteurized milk, as well as to wear masks and gloves when interacting with them. Colbert, naturally, latched onto reports that some Saudis, in defiance of the recommendations, have been posting "camel-smooching selfies" on social media.

Not wanting to take the risk himself, Colbert decided it was time to break up with his camel, "Cami." But not before the two shared one final goodbye kiss ...