Syfy's "Spartacus" could be an even bloodier, sexier "Game of Thrones" 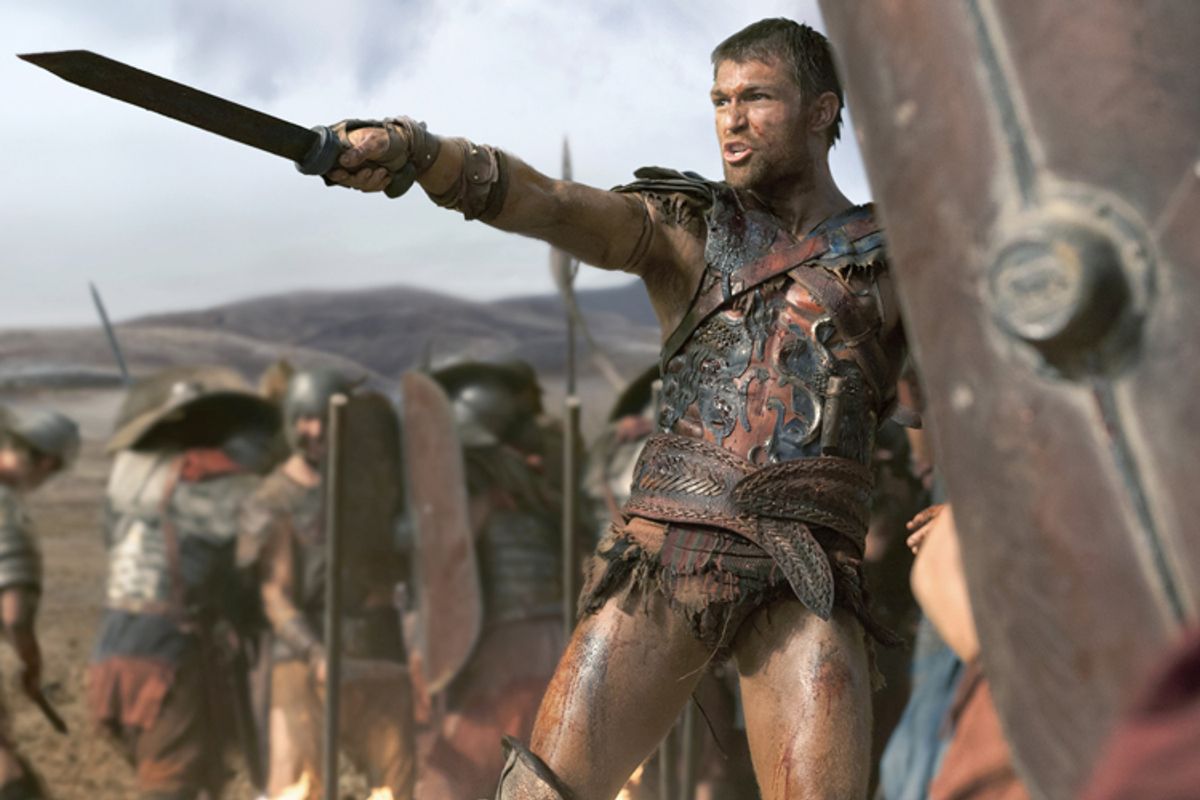 Before "Game of Thrones" had everyone practicing their parries and thrusts, "Spartacus" was my fix for swords, sandals and salaciousness. The Starz Original series boasted no dragons, but there was easily as much sex, violence and -- yes, I'll say it -- well-scripted intrigue in the sandy city of Capua as in King's Landing. Well, OK, the show wasn't quite as well written as "Game of Thrones" and there was considerably more violence, if you can believe it. But the greatest disparity between "Game of Thrones" and "Spartacus" might be in profile. On Starz, "Spartacus" simply did not attract the audience and media attention that "Thrones" has, which is a shame in light of consistently strong performances from John Hannah and Lucy Lawless. As the current season of "Game of Thrones" nears its end, the Syfy network has announced its acquisition of all three seasons of "Spartacus" plus the six-part prequel "Gods of the Arena." Those left craving dismemberment and often discomfiting eruptions of graphic sex, now have something else to anticipate.

For all its heightened carnal behavior, one of the elements that most appealed to me about the "Spartacus" franchise was its unapologetically computer-generated setting. (Think Zack Snyder's "300" on a weekly basis.) The vivid, oversaturated vistas, the melodramatic sprays and splatters of finely rendered blood -- fake as it all may be, it was an exercise in committed world-building, and as such it became quite engrossing, even convincing, after a few episodes. It always kind or reminded me of watching Saturday morning cartoons as a kid -- albeit the kind my parents could have gone to jail for letting me sit through. While I imagine HBO struggles -- or just pays out the ass -- to secure exotic, real-world locales for "Game of Thrones," a show like "Spartacus" has infinite options for locations. Those options being relatively inexpensive, my not-so-secret hope is that Syfy intends not only to rebroadcast the program, but to make many more episodes to satiate the bloodthirsty.