Why did people stop caring about "American Idol"?

As "Idol"'s season finale sees its lowest ratings ever, the king of reality talent shows has finally lost its magic 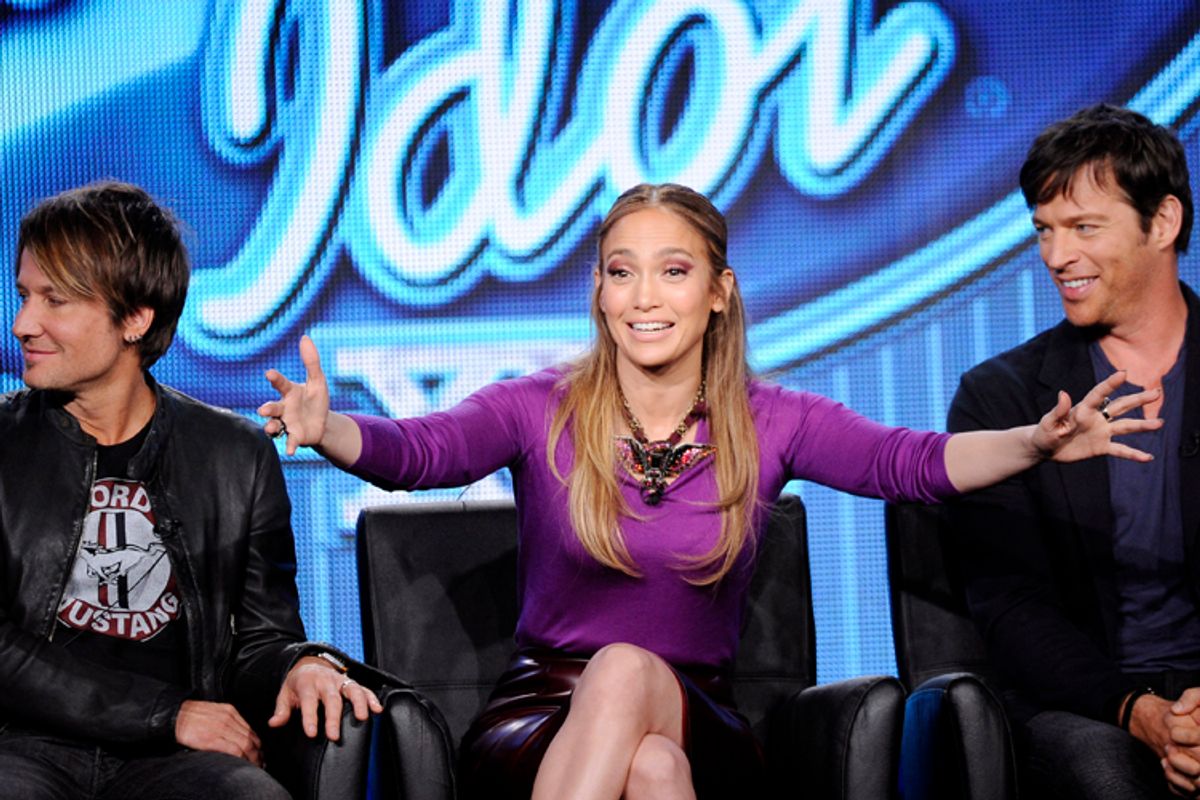 America's long romance with singing reality shows seems to be just about over.

"The Voice," which has been running for two cycles a year on NBC, has saved the network but is suffering from seriously diminishing returns in the ratings. "The X-Factor" has finally been ushered off the air permanently after three ill-starred seasons, indicating the limits of star judge Simon Cowell's power. And "American Idol," the series that made Cowell a star, seems to be nearing its endpoint.

"Idol," which wrapped up its thirteenth season last night, has already had its hours cut back on Fox next season; the show, with its consecutive "performance shows" and "results shows," used to dominate broadcast nights to the degree that other networks barely bothered to compete, and now will likely only air one night a week next year. It recently got its lowest ratings ever -- even lower than the show's first season, when audiences were first discovering it.

What killed "American Idol"? While it's tempting -- and convincing enough -- to extrapolate out a grander theory about the shrinking appeal of merit-based competitions as the Bush years gave way to economic collapse, "Idol" is a case unto itself. ("The Voice" is sinking in the ratings due to overuse, just as "Survivor" and "Who Wants to Be a Millionaire" before it; "The X-Factor" was from top to bottom a botch.) The series simply doesn't have the right stuff to be a water-cooler hit in 2014.

Even at its most streamlined, "American Idol" is a bloated show; tuning into the early audition episodes this year, I felt barraged in a way I hadn't felt in the show's early going. Part of this was the fact that I'd seen "Idol" auditions many times before, but, too, the format -- cheery chatter between the judges, a song that's more likely than not to earn its singer hearty praise and a ticket to Hollywood -- felt drearily irony-free in a way that Simon Cowell never quite allowed. There is no edge to "American Idol," a fact that allowed Cowell, for years its one slightly disharmonious element, to get wildly overrated for how "mean" he was. (He was honest.) Non-Cowell judges, like Jennifer Lopez, can offer friendly plaudits and urge competitors to keep going forward in the competition. But given that years of sub-Kelly Clarkson winners have failed to make much of a dent in the music industry, a little irony about the proceedings might be merited. It's not that serious!

What works in our attention-deficit age is television with personality; "The Voice," though not my cup of tea, foregrounds the bickering between its judges and their peccadilloes to great effect. Last season, "American Idol" gave us two judges, Nicki Minaj and Mariah Carey, who barely spoke to one another; this season, Jennifer Lopez, Harry Connick Jr., and Keith Urban seem like perfectly pleasant, even normal people without the quirky candor that can make watching amateur singers perform feel like more than a chore. Even awards shows like the Oscars, for years fairly grave affairs with occasional dance numbers, have embraced their kookier, jokier sides in recent years, while "American Idol" trucks on pretending that it's coronating a new music-world monarch.

After Cowell, the judging of Connick especially has moved in the direction of earnest advice about how to succeed in the recording biz, but the general audience can't possibly be interested in such nuts-and-bolts industry info. At its very height of popularity, "American Idol" had an appealing strangeness to it, both in the stars that managed to get through (Clay Aiken, Adam Lambert) and in the banter between Cowell and Paula Abdul. It was kind of a mess! "American Idol" is now too smooth and professional, coolly convinced of its ability to mint superstars.