Thad Cochran is Tea Party challengers' last, best chance for upsetting an incumbent. Here's how they're blowing it 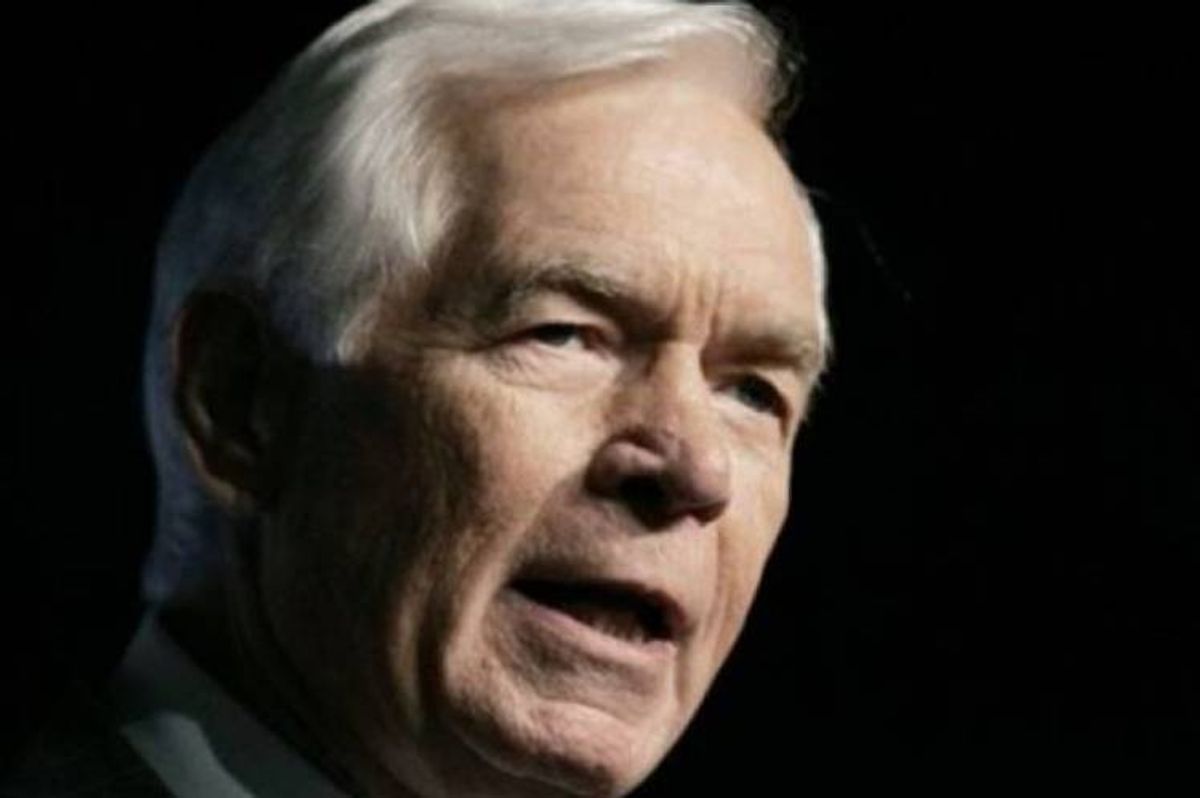 And so it comes down to Mississippi. The "Tea Party," by which we mostly mean well-funded groups headquartered in Washington D.C., wants to pick off at least one "Establishment" incumbent, the "Establishment" representing another set of well-funded groups headquartered in Washington D.C. While right-wingers have done a great job infusing the "Establishment" vehicles with their far right-wing policy beliefs, they nevertheless want to get a guy of their own in there. And that means taking down poor old Southern gentleman Thad Cochran, Mississippi's senior senator, in the state's June 3 primary.

Things appeared to be going well recently for the "Tea Party," by which we mean the Senate Conservatives Fund, FreedomWorks, the Club for Growth, in this state. The polling is sparse but nevertheless show a big jump for the challenger, state Sen. Chris McDaniel, in May. And, unlike most of the similarly well hyped bouts, there are at least some traces here of a rift between Establishment and Tea Party political theory. Thad Cochran is obviously a very conservative senator -- once again, he is the senior senator from Mississippi. But he's also, historically, a big earmarker who exists to bring home outsized portions of that sweet sweet federal cash for the folks back home, because Mississippi is what top socio-political minds would describe as "very poor." Tea People would prefer a courageous non-earmarking pork-hating senator like Mike Lee or Ted Cruz, a brave ideological warrior who fights the Lord's fight by going on television to babble about The Corruption or shuts down the government over items that can't be delivered.

And so every Republican organization in Washington D.C. is dumping cash into the race to annoy the people of Mississippi as much as possible down the stretch. The Washington Post described the outside players in a piece yesterday:

Citizens United and ForAmerica will soon begin advertising in Mississippi, joining an array of conservative organizations backing McDaniel. Together, tea-party-aligned groups have spent nearly $2.4 million, compared with the $1.8 million that pro-Cochran groups such as the U.S. Chamber of Commerce have invested, according to Federal Election Commission data compiled by the Sunlight Foundation....

The biggest spender has been the Club for Growth, which has been on the air for weeks and spent more than $1.7 million. The Senate Conservatives Fund has spent about $1 million, while other groups — including the Tea Party Patriots and the Madison Project — have been active, according to the Sunlight Foundation analysis.

So we're all set for a big Tuesday clash in just a week and a half. Finally, some action! Right? Well, maybe.

Because "Tea Party" has hit a bit of a snag, just as it was catching up to Thad. Specifically, most of the local, Mississippi Tea Party seems to be getting arrested.

It started last week when a Mississippi blogger -- it's always the goddamn bloggers! -- was arrested for an incident weeks earlier in which he broke into a nursing home that houses Cochran's wife, Rose, in order to secure footage for an anti-Cochran video. While the blogger, "Constitutional Clayton," had no direct connection to the McDaniel campaign, he was a staunch supporter of McDaniel and well acquainted with other prominent Tea Partiers in the state. "For Kelly," as TPM writes, "this all came about because he wanted to gain attention as a political blogger." Alas, the things we'll do for the clicks... you know about the clicks, yes?

Kelly wasn't the end of it, however. Mississippi police arrested three others this week supposedly "conspired" with Kelly in this complex plot to, uh, go into a nursing home and take pictures of a bed-ridden old lady. From the Clarion-Ledger:

Mark Mayfield of Ridgeland, an attorney and state and local tea party leader, was arrested Thursday along with Richard Sager, a Laurel elementary school P.E. teacher and high school soccer coach. Police said they also charged John Beachman Mary of Hattiesburg, but he was not taken into custody because of "extensive medical conditions." All face felony conspiracy charges. Sager also was charged with felony tampering with evidence, and Mary faces two conspiracy counts.

The arrest of Mayfield, well-known in political, business and legal circles, caused shock in Mississippi, in a criminal case and election that already had Mississippi in the national spotlight.

As you can see, the specifics of how all these arrests are related, and what The Plot was, are still fairly light. Which is a great thing, because it means there will be plenty more "funnin' on the Internet" material for us in the coming weeks. The local DA's office hasn't even cleared McDaniel or members of his campaign yet.

Maybe McDaniel will still be able to pull it off. Maybe Mississippi Republicans are just that fed up with Thad Cochran bringing home lots of money for them. We'll see when post-break-in polling emerges.

But this isn't a good look for the McDaniel challenge and the Tea Party at-large, whether he's and his campaign are directly connected or not. It feeds into the Chamber of Commerce's belief that these challengers' campaigns aren't ready for primetime and, left to their own devices, will allow a "goofball" to earn the nomination and blow the general election. Are these the sort of hands in which you want to rest the fate of the U.S. Senate? That's a potent pro-Cochran message, especially in a party where far-right policy views are fairly uniform.