The trigger warning we need: "College is a scam meant to perpetuate the 1 percent"

The trigger warning we need: "Borrowing to attend an American college may be hazardous to your dreams" 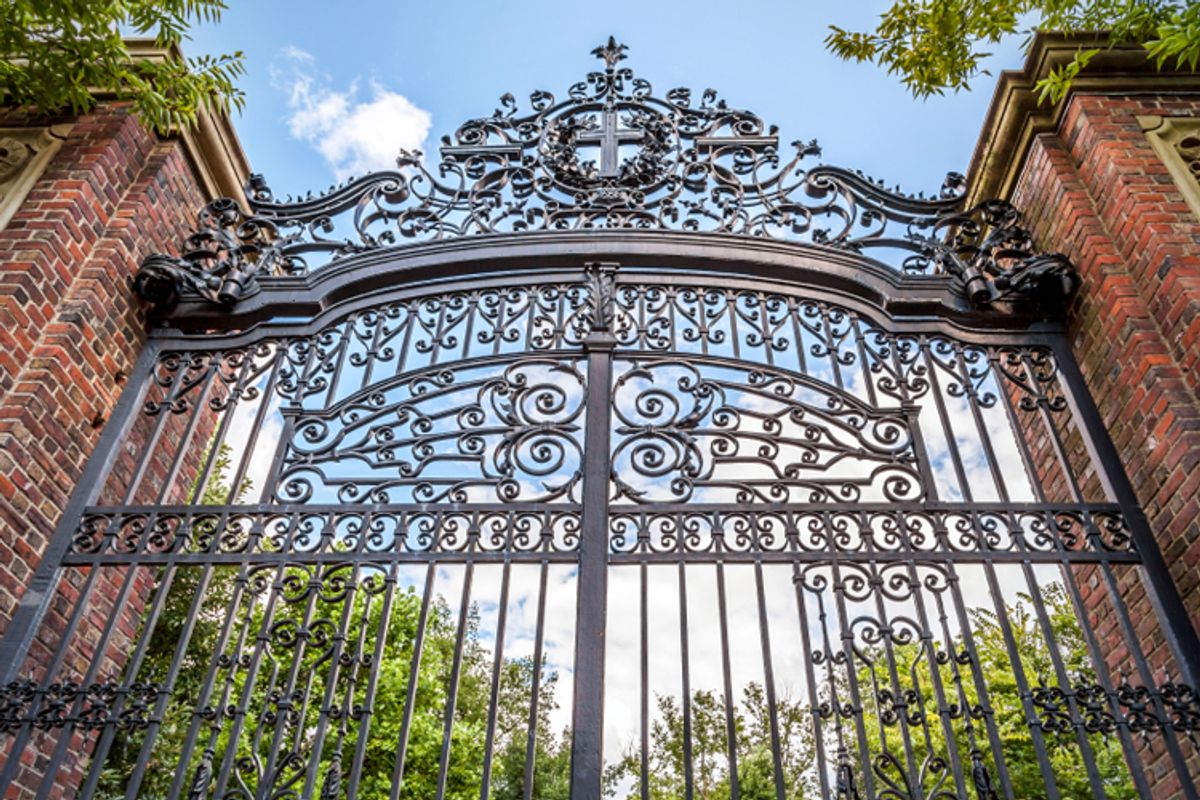 Is there a greater gift to the hack editorialist than the American university and its taste for sensitivity and euphemism? I doubt it. What wonderful opportunities it presents to wax indignant: Shrinking-violet rich kids in a lather about patriarchy; tenured professors scheming to drain the English language of its animal spirits. It’s a never-ending saga of privilege run amok, which of course allows our op-ed moralists to completely overlook the real scandal on campus—the corporatization of the university, a development that has plunged an entire generation into inescapable debt but that is somehow less visible to the columnist than the latest political-correctness fantasia.

But then comes a campus outrage so gloriously stupid, so fantastically self-negating, that the prof-bashers miss its true significance. Last week, The New York Times described a push at a handful of fancy colleges to require “trigger warnings” on class syllabi, which would alert sensitive students to reading materials that might cause them psychic distress. Note that “trigger warnings” have been actually applied at no college campus to any literary classic. The mere suggestion here and there is all that was needed to make this 100-proof pundit bait. One after another,the columnists piled on, mocking the hypersensitive and moaning about what kids these days have come to.

However, when I read the Times story—especially the part where trigger warnings are being proposed for any text that bears hints of something called “classism”—I felt strangely euphoric. I’d finally discovered a PC campus trend I could get behind.

Yes! Elite university students must be warned about “classism”! Not on course syllabi or the cover of a book as though it’s comsymp lit or something. No, they need to see it in big red letters inscribed on those elite universities themselves — stamped on every tuition bill and financial aid form and diploma they produce, spelled out in the quadrangle pavement, flashing from a neon sign above every dormitory so no one can miss it:

Perhaps those universities exist to educate, too. Perhaps professors here and there still concern themselves with whether students understand epic poems and differential equations. But that stuff is incidental. The university’s real purpose, as just about every modern college entrance guide will confirm, is to make graduates wealthy. Not too many employers really care what you studied there, or how well you did; they only care that you got in and that you got a diploma, our society’s one-and-only ticket into the middle class. Graduate from college and you have a chance of joining life’s officer corps. Quit after high school and it doesn’t matter how well you know your Nietzsche; you will probably spend the rest of your days as a corporal.

This power over admission to the bourgeoisie is the reason why tuition goes up constantly even as the university successfully transforms professors into low-wage freelancers (the subject of last week’s column)—because what those professors teach doesn’t matter. This is also why people who fake their college degrees often lead long and successful corporate lives without being detected—because the stuff you actually learn to get a liberal arts degree isn’t important in the corporate world. Only the diploma itself has real meaning in the marketplace, and only the marketplace has real meaning in America. This is a situation that clearly requires highly visible warnings, and lots of them.

The “classism” warnings must go beyond college, too: There are the professional schools—law, medicine, etc.—which by definition produce society’s upper class. And just imagine the wailing and the trauma that are no doubt “triggered” by every single lecture at the business school, where the subordination of one class to another is the pedagogical starting point.

So yes: Flash that “classism” warning like a beacon for everyone to see. Let the world know that behind those ivied walls they are teaching tomorrow’s elite the folkways of the One Percent. Maybe we can take it a step further and string yellow “classism” warning tape around the perimeter of the economics department, which in many places exists in order to prove that what’s good for the wealthy is what’s good for the world. And what shall we do with all the campus lecture halls where Richard Florida has demanded that we grovel before the “Creative Class”? EPA superfund sites, perhaps?

Just think of the salutary effect such “classism” warnings would have on the elite colleges themselves, where students are in a frenzy of self-love brought on by the success of certain very rich graduates—success which everyone attributes to college-certified merit, of course. Warnings would work wonders at a princeling factory like Princeton University, where an alumna recently encouraged female students to be sure to marry other Princetonians if they want to prosper and where a student recently wrote a much-discussed essay indignantly denying that he enjoyed “privileges” of any kind. “Classism” alerts would also be useful at that oligarchy prep school known as Harvard, which was widely celebrated last week for being the world-champion billionaire-producing university.

Then again, maybe a “classism” warning isn’t exactly what the rest of us need. For many of us college is not some storybook court of honor where we get promoted to white-collar knighthood, but a straight-up debt mill. For many of the students I am describing here, the standard trajectory of higher ed has been reversed—instead of lifting them up, their degrees drag them down. To go to college, many of them have had to make a monumentally risky financial decision, and warning labels seem very much in order.

We are not talking here about injured feelings or a poem that might trigger post-traumatic stress disorder, but a quantifiable material harm: the choking off of a young person’s life chances. Given the happy way our leaders like to burble about college these days, maybe what we need here is the bluntest kind of consumer warning label, like those found on cigarette packages—the kind meant to shock you into understanding that a product’s public image is completely at odds with its actual effects. How about:

“Borrowing to attend an American college may be hazardous to your dreams.”

Or better, stamped in brilliant fuchsia on the loan documents themselves: