I'd love to see a movie focusing on this tough, sexy black female superhero. But here's why it'll never happen 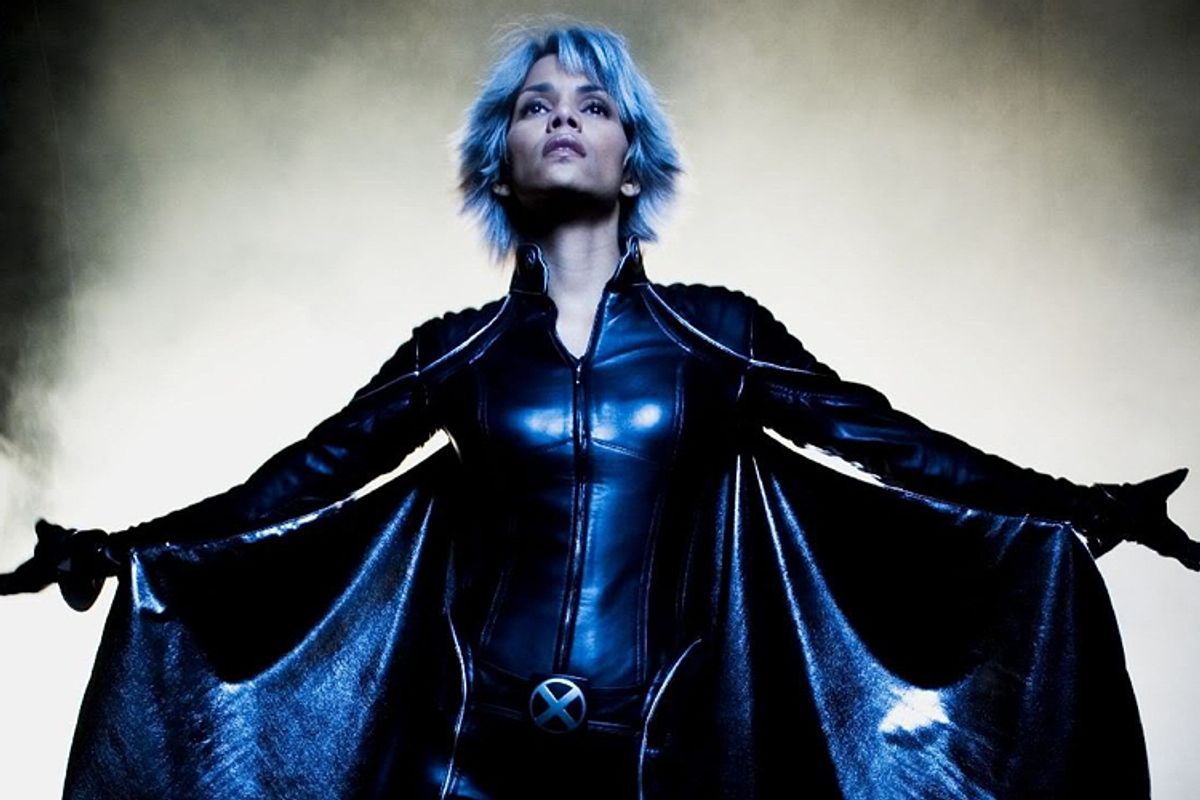 Halle Berry as Storm in "X-Men: Days of Future Past"
--

There have now been seven films in the X-Men franchise, but only one official "Origins" story: "X-Men Origins: Wolverine." There was a time when it seemed that making feature-length films separately expanding on the backstory of each, or some, of the major characters was Marvel's brilliant plan for continuing and broadening the franchise. Now, it appears that the comic book and movie monolith has all but abandoned that tactic -- although I'm certain we can expect another Wolverine movie somewhere down the line. As demonstrated by the predictable financial success of this weekend's "Days of Future Past," consolidating as many beloved characters -- and, in this case, different versions of themselves -- as possible into one blockbuster is a much more bankable option than putting your studio's money on a single name. (Think "The Avengers" or the upcoming "Batman v Superman.") Don't get me wrong, I saw "Days of Future Past" and greatly enjoyed it. All of this only upsets me because it means we are unlikely to ever see a movie called "X-Men Origins: Storm."

I'm not even remotely the first person to suggest that such a film should exist. First of all, Hugh Jackman was primarily a musical theater actor back in 200o when the series began. Halle Berry, on the other hand, was already a hot Hollywood property, if not a bona fide star. If the "Origins" idea was even a glimmer in Bryan Singer's eye back then, he had to have considered the notion of a standalone Storm movie -- despite the fact that Berry's African accent was clearly not up to snuff and was quickly scrapped. By the time "X-Men Origins: Wolverine," rolled around, much of the luster had worn off the character of Storm. Her powers came across as one-note or not dynamic enough. And Halle Berry, while still a Hollywood luminary, has not fared well otherwise as an action hero (See "Catwoman" (2004) -- seriously, see it as soon as possible. It is so deliciously, unintentionally hilarious.) Nevertheless, Storm is so beloved by comic book fans that the idea of a film dedicated to her story has never quite died.

Lupita N'yongo's recent Oscar win has reinvigorated the idea of a Storm movie -- well, in the imaginations of the unimaginative. While it helps that the emerging starlet is actually African and sort of looks the part, over the years, there have been numerous candidates who also might have been perfect: Nona Gaye ("The Matrix Reloaded"), Naomie Harris ("28 Days Later," "Skyfall"), Sanaa Lathan ("Alien Vs. Predator,") Sophie Okonedo ("Aeon Flux"), and most recently, Danai Gurira from AMC's "The Walking Dead." Not only might they all look amazing with Storm's signature white hair, they've all played action-heavy parts.

And, here, I admit that I am willfully ignoring the primary reason why none of these women have not had an expensive Marvel franchise project forged around them and why the prospect of Lupita N'yongo is so appealing: None of the above-mentioned women are or ever were huge box office draws. I could throw Gabrielle Union and Jada Pinkett-Smith into the mix and that statement would still pretty much be true. Certainly, they all have their fans -- count me among them -- but "Days of Future Past" reportedly cost $200 million dollars to make. When a studio shells out that kind of bread, execs expect a more robust return than one might get from devotees of "Being Mary Jane." And so goes the optimist's logic: 'But Lupita's hot right now. She won an Oscar. She's going to be a big star." Halle Berry also won an Oscar. Lupita N'Yongo may very well go on to have a long a storied career -- fingers crossed -- but right now her value in Hollywood is only speculative. We're talking about someone erecting a potential tentpole around her and, at the moment, that is as unlikely as it is with any of the aforementioned actresses.

So, what is our loophole? How do we get our Storm movie? Allow me this chance to hypothesize because -- and I can assure you -- THIS ISN'T REALLY GOING TO HAPPEN. But what if it isn't so big? What if "X-Men Origins: Storm" were not envisioned or positioned as a Memorial Day blockbuster at all, but as a much smaller, tighter action film on the scale of, say, Angelina Jolie's "Salt," or better yet Zoe Saldana's "Colombiana" -- a better model because it was way less expensive to make and starred a woman of color. Somewhere between the latter and Steven Soderbergh's relatively cheap but very entertaining "Haywire," there is the DNA for a manageable Storm film. Granted, this is probably not the Storm film where she can cause torrential rain, create hurricanes, and extract giant bolts of lightning from the sky by simply raising her hands. (Let's face it, sometimes Storm's powers feel a little hoary, anyway.) No, this is the Storm movie based on the run of the X-Men comics wherein Ororo Munroe (her gov't name) accidentally loses her powers, falls in love, breaks up with her man, quits the X-Men, goes back to Africa -- her Kenyan mother's homeland where she was once worshipped as a god -- to find herself, returns stateside and, while still powerless, kicks Cyclops' ass to become the official leader of the X-Men. Yeah, this really isn't going to happen.