The Internet as we know it is dying 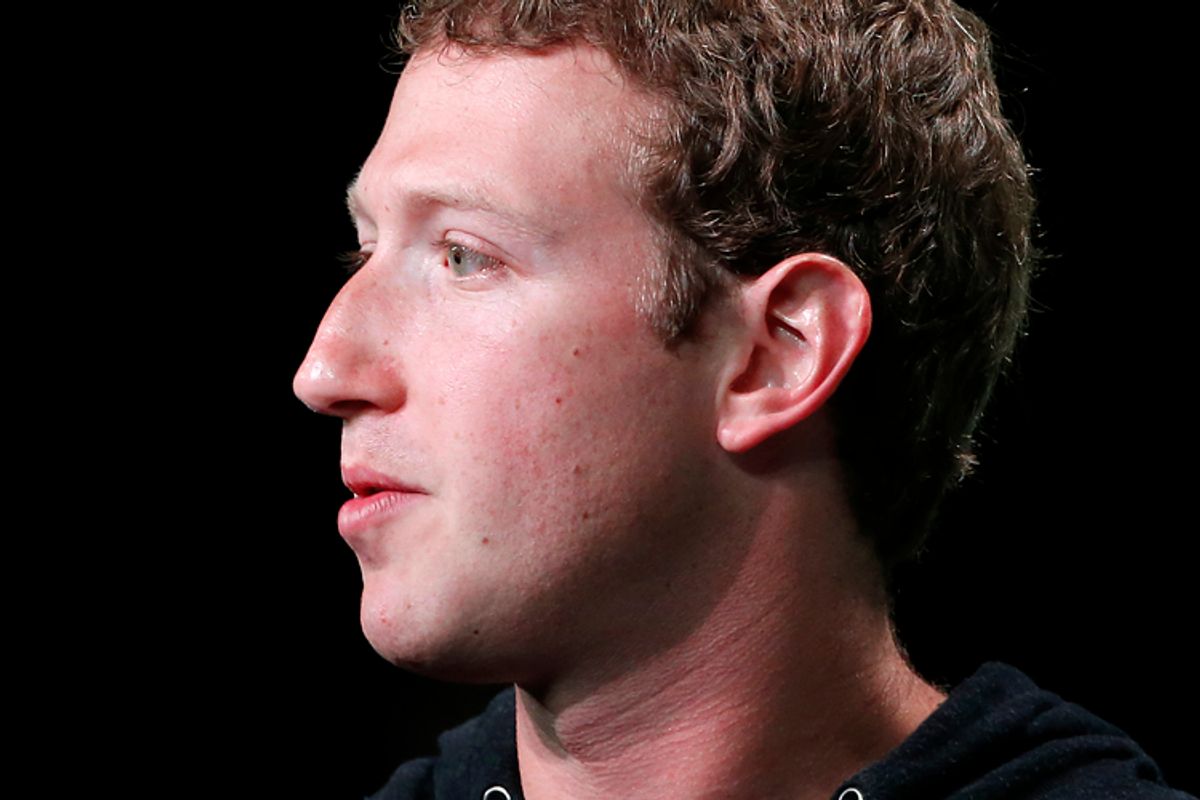 It was a week of rage, nostalgia and despair on the Internet.

Sure, you could say that about any week on the Internet. But last week delivered some prime material. Check out this gamer exploding in fury at the rumor that Google — "The King Midas of Shit!" — might buy the hugely popular streaming gamer site Twitch TV. Or this sad note from the founder of the venerable "community weblog" MetaFilter explaining why a Google-precipitated decline in advertising revenue had forced him to lay off three much beloved staffers. Or this diatribe from a Facebook manager, savaging the current state of the media.

All is not well on the Web. While the particulars of each outburst of consternation and anger vary significantly, a common theme connects them all: The relentless corporatization and centralization of control over Internet discourse is obviously not serving the public interest. The good stuff gets co-opted, bought out, or is reduced to begging for spare change on the virtual street corner. The best minds of our generation have been destroyed by web metrics, dragging themselves across a vast wasteland in search of the next clickbait headline.

At Twitch TV, the gamers are worried that Google's "copyright monster" will tame their freewheeling Wild West and obliterate years of work. At MetaFilter, the inscrutability of Google's page-ranking algorithms determines whether publishing outlets live or die. The Facebook rant underscores how unsatisfying our viral media diet has become.

It's a big mess. The last two lines of the Facebook rant are "It's hard to tell who's to blame. But someone should fix this shit."

If you're not an avid gamer, the kind of person who enjoys watching other gamers narrate their own adventures through the latest first-person shooter, you've probably never heard of Twitch TV. But the three-year-old site is an extraordinary success story. At peak viewing times, it boasts a bigger audience than MTV, TNT or AMC. 32 million people watched the finals of last year's "League of Legends" tournament. So there's little question why Google might be interested in laying down $1 billion for the site. The young male advertising demographic is notoriously hard to corral. Twitch TV's got it.

But for the gamers who produce much of the content, the idea that Google's copyright cop, ContentID, might suddenly be patrolling their world is a nightmare. It is not uncommon for Twitch TV gamers to stream themselves playing a game while simultaneously listening to recorded music. If, after integrating with YouTube, rights holders start using ContentID to claim ownership over the intellectual property in over those videos, the advertising revenue generated by those videos would no longer end up in the hands of the creators of that revenue. Even scarier, to some, is that the possibility that years of previously produced streams might suddenly come under interdiction. And ContentID is by no means infallible: They make plenty of (costly) mistakes.

From a copyright holder's point of view, bringing a new sheriff into town probably seems entirely just and proper. To be sure, there is an element of the Twitch TV squealing that comes off as decidedly juvenile. Grow up kids! Join the real world! But there's a deeper story here, a tale of dangerous consolidation. Through YouTube, Google already wields an enormous amount of power over the ability of people to make their livings from independently producing online video. Bringing another huge audience under Google's roof further solidifies Google's ability to dictate terms: Play by our rules or you don't play at all. By all accounts, Twitch TV has built its success by virtue of its ability to foster a sense of shared community. Does that community survive once it is sucked into the Google maw?

At MetaFilter, founder Mat Haughey has written at length about how changes in Google's advertising and page-ranking algorithms in late 2012 resulted in a dramatic, 40 percent decrease in MetaFilter's advertising revenue nearly two years ago. Somehow, a site renowned for its dedication to spam-free intelligent conversation got caught up in Google's war against content factories who had figured out how to optimize for its search engine. For one of the Web's oldest and most beloved forums, the round of layoffs was, as blogging pioneer Anil Dash obversed, "another sign of autumn for the indie Web."

Happily, the MetaFilter community is stepping up with donations that may ensure the continued future of MetaFilter. But whether MetaFilter lives or dies is not the story. The real lesson is the vulnerability of every Web publisher to the vagaries of how Google — and increasingly, Facebook — wield their powers. Editorial decisions are at the mercy of algorithms that determine how and where traffic flows, and, consequently, the lifeblood of advertising revenue. A tweak in the algorithm and boom: You're out of business. There's nothing organic about building success online; there's only the live-or-die question of whether you've properly cracked the code.

Whether he was aware of it or not, Mike Hudack — the Facebook executive who ranted about drowning in a world of listicles about the "28 young couples you know" — was speaking to the same problem faced by MetaFilter. The media ecosystem that Hudack maligns is one that, as many journalists have been quick to point out, has been to a significant extent created by Facebook itself. An enormous amount of content is created today specifically because it is rewarded with traffic from Facebook. If Hudack is looking for someone to fix this mess, he could start with his boss, Mark Zuckerberg.

But that's not entirely fair. The downward spiral towards viral inanity began long before Facebook started meaningfully influencing editorial decisions. The Internet's disembowelment of traditional publishing business models forced publishers to grasp for whatever advertising revenue they could by boosting traffic by whatever means necessary.

Again, this was happening while Zuckerberg was still doodling in his Harvard dorm room. And, in fact, you could even argue that social media has slightly improved the status quo from the days when search engine referrals completely dominated traffic flows. Instead of attempting to reverse-engineer Google's PageRank, we're now trying to figure out what flesh-and-blood humans want to share on Facebook. And we know that some humans actually do crave quality.

But the indisputable fact remains. Between the two of them, Facebook and Google control the universe of online advertising and determine how the currents of web traffic flow. (And let's not forget Amazon's disproportionate power in the world of retail.) Both companies are engaged in a winner-takes-all strategy of constant expansion, gobbling up any newly emerging companies that have succeeded in accumulating a critical mass of users. Both companies, accountable only to their shareholders, enjoy enormous power in influencing our civic conversations.

It's no wonder that there is so much sound and fury on the Web. Because they just keep getting bigger, while we feel increasingly powerless.