"I don’t give a %$&* that you feel sorry for me," Martinez told politicians. "Get to work and do something" 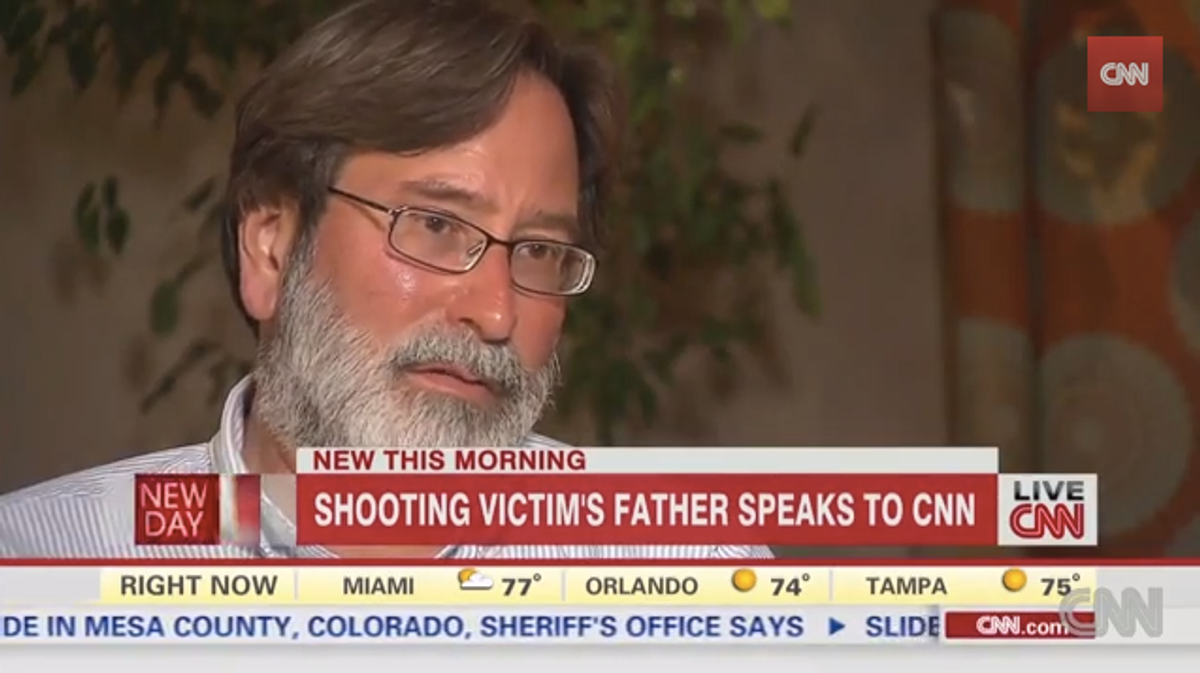 Richard Martinez -- the father of Christopher Michaels-Martinez, a college student who was murdered this weekend in the mass shooting in Isla Vista, California -- said Tuesday that he wants politicians to stop calling him to offer their condolences over the loss of his only son. In a powerful and excruciatingly raw series of interviews, Martinez did not try to conceal his grief and anger while he demanded that our elected officials "get to work."

"People need to understand that real people died here. And they need to know -- put faces, names and histories to the people who died. To make it real for them," Martinez said on CNN, before turning his attention to politicians and the failure of even moderate gun reform in the United States. "Where the hell is the leadership? [...] My kid died because nobody responded to what occurred in Sandy Hook ... Why wasn't something done? It's outrageous."

“I don’t care about your sympathy. I don’t give a shit that you feel sorry for me,” said Martinez, according to the Washington Post. “Get to work and do something. I’ll tell the president the same thing if he calls me. Getting a call from a politician doesn’t impress me. [...] Today, I’m going to ask every person I can find to send a postcard to every politician they can think of with three words on it: Not one more. People are looking for something to do. I’m asking people to stand up for something. Enough is enough.”

You can watch Martinez's fearless, painful plea for action here: