The rapper-activist was said to be barred reentry to the U.S. Here's the important reason it all seemed so true 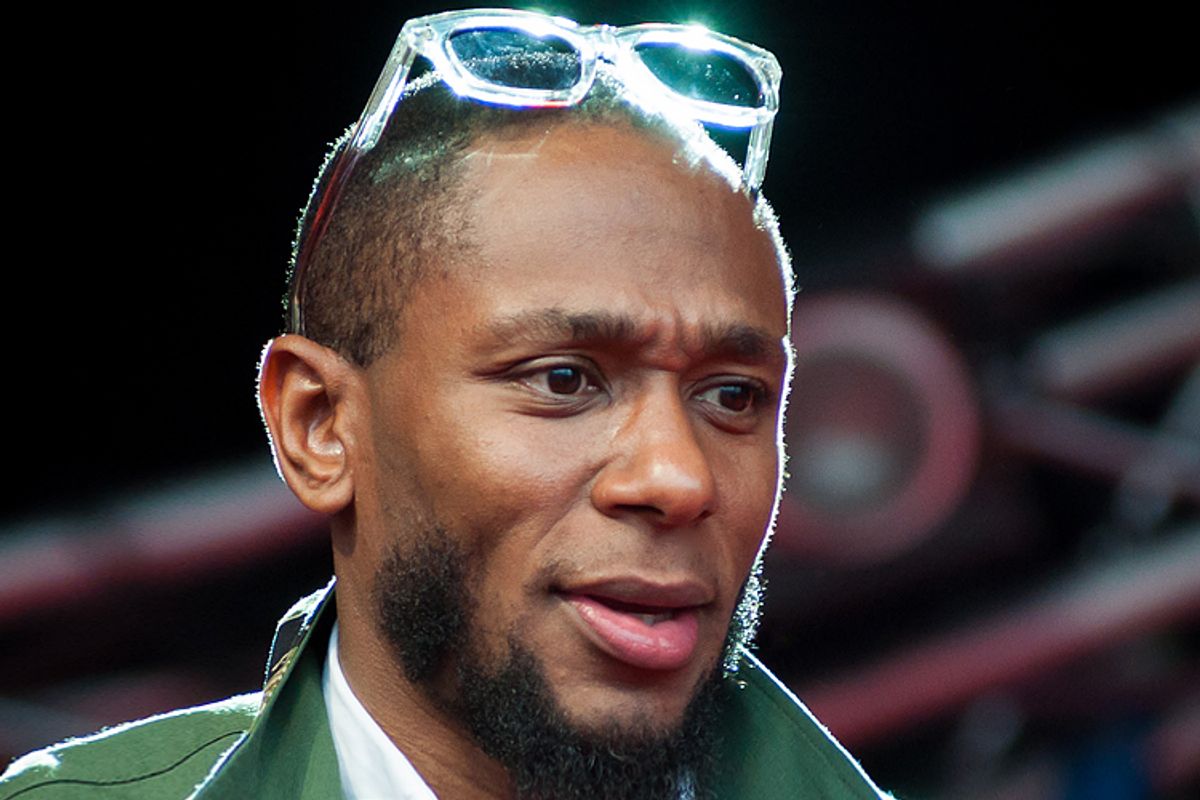 Last week, several news sites reported that rapper and political activist Yasiin Bey had canceled his U.S. tour. According to Together Boston’s website, Bey, also known as Mos Def, had been denied entry into his country of citizenship, the U.S., due to “immigration/legal issues.”

While there was some skepticism about the veracity of the story (given that it had not been confirmed by Bey or his lawyer, and had only been originally reported on Together Boston’s site), it was picked up unquestioningly by media sites as varied as New York Daily News and Democracy Now. Several days ago, however, the South Africa Times reported that Abdi Hussein, a close friend of Mos Def, insisted that the original story was false: Bey, who had been living in Cape Town, South Africa, had not been denied entry into the U.S.

All of which raises the question: Why did so many of us, myself included, find this subsequently discredited story so credible? The answer provides a lens into the current state of U.S. foreign policy: If it can drone its own child citizens for the sin of having a fundamentalist cleric for a father, why would it be so hard to believe that it would deny reentry to one of its own adult citizens?

Last year, Bey drew attention to the inhumane treatment of hunger strikers at Guantánamo Bay by attempting to undergo the same force-feeding procedures that have been imposed on them. Bey aborted the attempt almost immediately because of the intolerable pain and discomfort that he felt. According to the Guardian, his is the eighth most watched clip on the online news website.  So, the original report — in all its vagueness (“due to immigration/legal issues”), made me wonder if the reasons for a denial of reentry could have been due to Bey’s criticisms of U.S. policies, including the force-feeding of hunger-striking prisoners in Guantánamo Bay detention facilities.

For critics of the war on terror such as myself, such an incident, while unusual, is entirely plausible, given the United States’ increasing inscrutability as it gathers its forces to expand racial profiling and clamp down on criticism of its national security and counterterrorism policies. One of its primary vehicles is the TSA’s no-fly list, a list that has no external checks and can almost never be challenged. The primary exception is the case of Rahina Ibrahim who, after years, managed to win a lawsuit against the U.S. government demanding to be taken off the no-fly list.  The legal opinion concluded that she had been put on the list mistakenly — but short of a seven-year lawsuit, most people on the no-fly list will never know why their names have been placed on there.

In fact, the U.S. acts with a sneering impunity, whether through racial profiling, mistaken identity or steadfast refusal to deal with its own mistakes. This refusal can be seen in the denial of entry to Maher Arar, a Canadian citizen of Syrian origin who was rendered in 2002 and tortured, courtesy of the U.S. government, as he was passing through New York's JFK airport on his return to his home in Canada after a vacation. Months later, Arar was eventually released and allowed to return to Canada, at which point his own government issued him an apology. Yet to this day, the U.S. government has neither apologized for its mistake nor taken his name off of its no-fly list.

Yes, I know that neither Ibrahim nor Arar are U.S. citizens. But the U.S. has denied entry to its own citizens in the past. For example, in November 2012, it refused to allow a former Air Force veteran living in Qatar to return to see his very ill mother. Saadiq Long, a teacher who had been living in Qatar with his wife and children, was told several days before he was due to depart that he would not be allowed to fly to the U.S.. Several weeks after CAIR became involved and journalist Glenn Greenwald publicized Long’s plight, Long was finally allowed to fly to Oklahoma where his mother was living.

However, during his visit, he was repeatedly harassed by FBI agents. He and his sister were handcuffed after they went to the local police department to report that someone was following them. They had been falsely listed as “fleeing felons,” even though neither of them had ever been charged with a crime. Apparently, the Oklahoma City FBI office was incensed and embarrassed by the number of emails and reports coming through its field office about Long’s exclusion from his own country, and decided to wreak revenge by harassing him. The harassment stopped — momentarily -- after Long’s attorney lodged an inquiry with the Department of Justice. But two months after his arrival, Long again was put on a no-fly list as he tried to leave the country to return to his family. He eventually traveled 600 miles to Mexico and flew back to Qatar from an airport there.  It is difficult to know what Long’s “crime” was — aside from the fact that he is Muslim and has chosen to make his life in a Muslim country.

From the TSA’s nearly untouchable, unaccountable no-fly list, the NDAA 2012, and H.R. 347 — a bill that criminalizes political protest that occurs in or near the White House or other federal buildings — these are part of an array of policies approved over the last few years as part of the U.S. government’s attempt to protect its expansive system of racial profiling and to guard against powerful dissent. As well, the recent felony conviction of Cecily McMillan, an Occupy protester who tried to resist a police officer’s “boob grab,” as journalist Marcy Wheeler called it, and the prison time given to whistle-blowers such as Chelsea Manning and ex-CIA employee John Kiriakou -- and the revelations of widespread NSA surveillance on potential “threats” to the U.S. -- can be seen as part of the increasing clampdown on disagreement in the name of “national security.”

When the state acts expansively and with impunity in the way that the U.S. has — whether to criminalize political protest, engage in racial profiling, harass whistle-blowers, entrap Muslims to spy on their own, or to make powerful public criticisms the object of regret -- it’s difficult to know how and when one will be the subject of the state’s wrath. This is the point of such overwhelming totalizing national security policies: to have complete control in such a way that critics never know what side of the law they are going to be on from one day to the next.

That is why it seemed plausible that Bey was denied entry as the U.S.’s vindictive response to the embarrassing attention it received from his attempts to undergo a force-feeding procedure — one that has been repeatedly described as torture and condemned as inhumane by numerous medical organizations. Of course, we also know that since December, the U.S. has refused to give any information on the remaining Guantánamo hunger strikers, deciding that it was not in its (own) interest. Presumably, that self-interest means they want to clamp down on bad publicity, wherever it may be.

Apparently, I was too cynical. Bey was not denied reentry to the country of his birth. But given the U.S.’s track record, why would it have been so difficult to believe?