RuPaul's aggressive tirade in defense of the term "tranny" 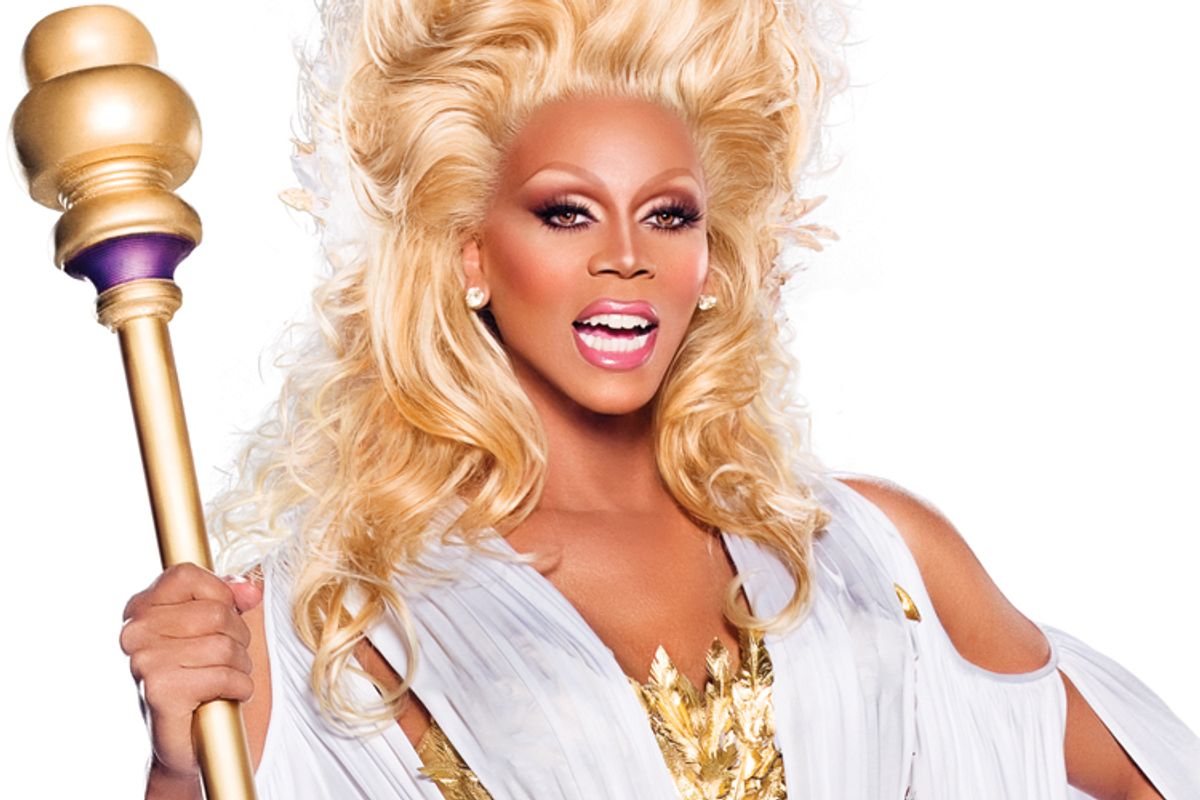 After decades in the public eye as America's most famous drag queen, RuPaul has developed a strong set of opinions. And he (the pronoun commonly used in the press when describing RuPaul's offstage public pronouncements) isn't shy about sharing them -- or shaming those who disagree.

"RuPaul's Drag Race," the reality-competition show RuPaul hosts on Logo, came under fire this past season for using "She-Mail" to describe messages from the host. ("Shemale" is considered a derogatory term for transgender people.) And RuPaul also courted controversy by remarking on Marc Maron's podcast that those offended by the use of the word "tranny" "are fringe people who are looking for story lines to strengthen their identity as victims." (For its part, Logo refused to broadcast "any anti-trans rhetoric.")

Over the weekend, RuPaul accused those offended by his use of that term as well as "tranny" of operating in bad faith and policing his behavior in an attempt to become the oppressor, mocked the idea that the Logo network had distanced itself from his remarks, and joked about the concept of an LGBT community in the first place.

RuPaul's points are well-taken: The host of a uniquely inclusive reality show may well have insights that those seeking to take offense are missing, and someone who's been on the scene for many years may know a great deal about the history of how words were used. However, those possibilities don't automatically mean that anyone who takes umbrage at RuPaul's terminology -- like the transgender former "Drag Race" contestant Carmen Carrera, who vocally criticized the "She-Mail" language earlier this year -- is attempting to become an Orwellian oppressor. That other people than RuPaul might be bringing their own experience to bear on how they experience language seems as though it hasn't occurred to the reality-show host.

"Let this be a learning experience," Carrera had written; in blowing up and portraying any conversation about his use of language into a story of professional victims trying to tear down a successful star, RuPaul has managed to make an attempt at honest conversation into an all-out war. The LGBT community may indeed be a fallacy, but if it is, it's not solely because marginalized people attempt to make their voices heard about a small aspect of the career of a famous entertainer. On "RuPaul's Drag Race," RuPaul is an unquestioned near-deity, spouting truisms to adoring contestant/fans. But that's just a TV show; in reality, those in conversation with one aren't automatically deferential, nor can they be dismissed because they don't make an arbitrary standard one imposes.