“You can’t get out of this income inequality situation by saying it doesn’t exist,” Kelly shot back 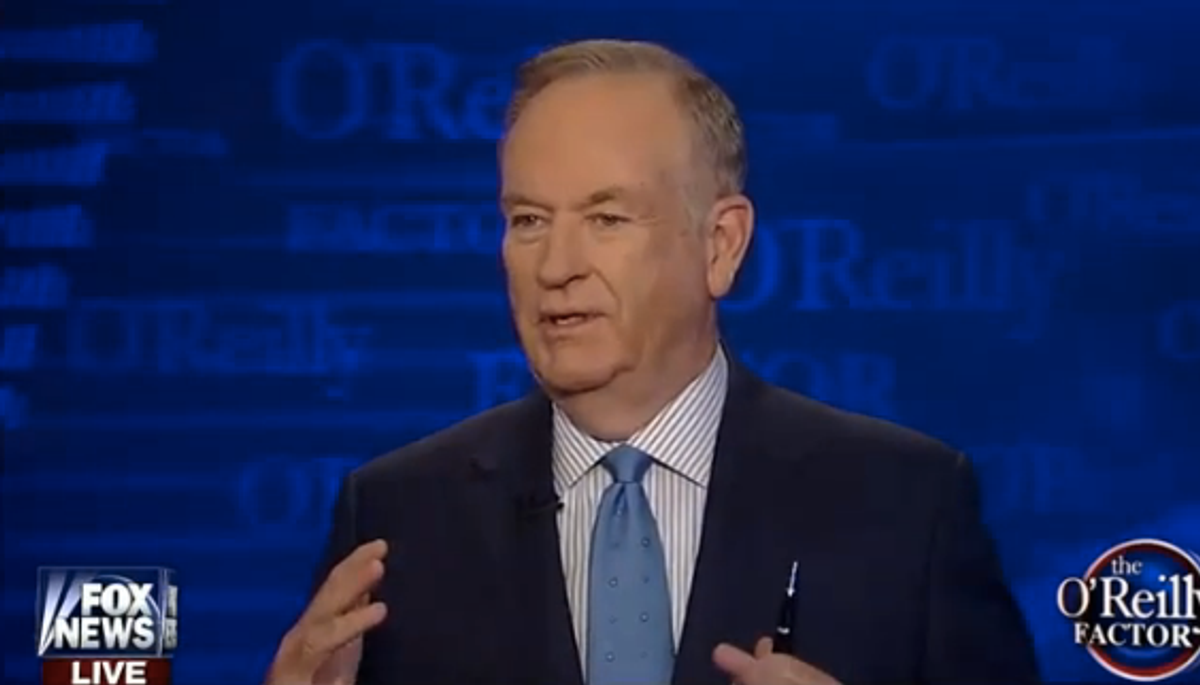 Fox News hosts Bill O'Reilly and Megyn Kelly got into a heated debate over income inequality last night, with Kelly taking the side of the actual data and arguing that something needs to be done, and O'Reilly insisting that it's all just a big fraud.

“Listen, on the issue of income inequality, it’s a good issue for the Democrats because there is no question that it exists,” Kelly said, to which O'Reilly shot back: "It’s always existed."

“It’s worse now than it's been since 1920, according to the stats,” Kelly corrected him. "But both parties agree with that. The only difference is how we got there and what we do about it."

O'Reilly, however, was unable to concede the point. “You’re buying into this fraud, Kelly, and I’m very disappointed, so listen to the master,” he replied, attempting to "destroy this inequality myth" by using Kelly's personal history of working her way to the top.

She added, “You can’t get out of this income inequality situation by saying it doesn’t exist and it's all a fabrication."

TPM grabbed the clip -- check it out below: