Please stop, Ron Fournier: Both sides are not equally to blame for the world's problems!

Why don't we have immigration reform? Hint: It absolutely is not the fault of the party actually blocking it 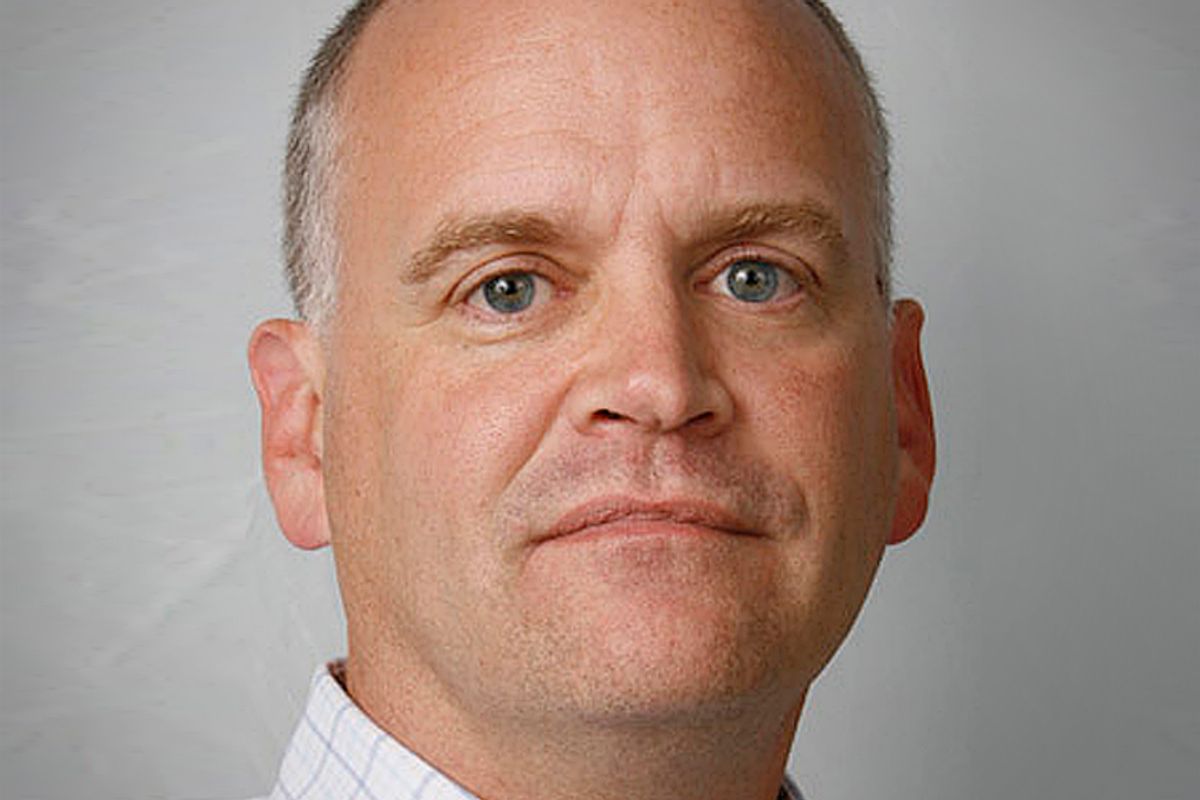 When it comes to the nation’s broken immigration system, the political class has been deadlocked on what to do for the last, oh … decade or so. The emergence of Hispanic voters as a key demographic means that finding a resolution to the long-standing impasse has become a matter of no small importance to both major political parties: Democrats want to lock down the Hispanic vote, and Republicans want to not lose every presidential election for the foreseeable future.

But the two parties just can’t arrive at a mutually acceptable path for reform. Activists have been pushing hard to get legislation passed for the better part of a year now, but to no avail. National Journal’s Ron Fournier has sized up the state of immigration politics, and you’ll never guess who he blames for the failure to pass a bill.

The pressures against immigration reform are so obvious they're almost cliché. Most Republican politicians fear revolt from amnesty-loathing conservatives. Many Democrats see strategic advantage in keeping the wedge issue alive.

Both sides! What a shocking and unpredictable insight.

At the risk of being labeled a “false purist,” I’ll come right out and say no. The failure to pass immigration reform belongs to the Republican Party. Have Democrats demagogued the issue? Sure! Have they been saintly, politically disinterested actors when it comes to immigration? Of course not! But the one consistent and insurmountable impediment to reforming the immigration system has been the GOP. Specifically, the Republicans in the House.

But let’s give Fournier a chance to plead his case:

What our leaders don't see (or refused to acknowledge) are the false assumptions built into their positions, and the powerful incentives for both sides to compromise. They should read this report from Third Way, a Democrat think-tank with enough intellectual honesty…

OK, I’m going stop you right there. For all the polarization and heated rhetoric over immigration, there actually has been a fair bit of compromise. The Senate’s comprehensive reform bill, passed last summer and since left to languish, came out of the bipartisan “Gang of Eight.” Tea Party darling Marco Rubio was one of the bill’s high-profile champions (before the Tea Party abandoned him and he reversed course to win back their favor). The Senate vote was a regular festival of bipartisanship with 14 Republican senators voting in favor of passage (and not just the RINOs like Susan Collins and Lisa Murkowski).

The Democrats, meanwhile, have tried to convince House Republicans to get with the program, to the point of damaging their own political interests. Jamelle Bouie at Slate writes that President Obama’s decision to step up deportations was a political calculation geared at showing the GOP that the Democrats took enforcement seriously. “If Democrats cracked down on illegal immigrants, then Republicans might be more willing to come to the table for a broader solution.” In the process the president has overseen record numbers of deportations, broken up countless families, and done a good deal to poison his own party’s reputation with young Latinos, all with an eye on getting enough legislators on board to pass a reform package.

That hasn’t happened. The House GOP refuses to touch the Senate bill, and they won’t even bring their own proposals for reform to a vote, claiming that they can’t pass a reform package because they don’t trust the president to enforce the law.

So for Obama, the politically smart thing to do would be to follow through on his threat to use executive action to ease deportations. If the Republicans won’t go along, then he should do what he can to repair the rift with Latinos caused by the spike in deportations, right?

But that’s not what Obama’s doing. He’s delayed taking action on deportations, risking the ire of Latinos and his base in order to give Republicans yet another chance to get their act together. Fournier allows that this move by Obama is an example of the leadership he so often accuses the president of lacking. So with one breath Fournier attacks Democrats for eschewing compromise for political gain, and with the next he credits Obama for eschewing political gain to foster compromise?

Either way, the onus is on Republicans in the House, as it always has been. Given room to operate by the president, what have they done? They’ve continued to obstruct the process and demand more stringent standards for enforcement. Just yesterday, Republicans on the House Judiciary Committee accused the White House of using “smoke and mirrors” to claim it had stepped up enforcement, and attacked the administration for prioritizing certain categories of undocumented immigrants over others when it came to deportations.

You can fault the president for a lot of things – not getting reform passed when Democrats controlled both houses of Congress, for example – but you can’t blame him for Republican intransigence on immigration. Obama has presided over some 2 million deportations during his presidency, and the Republican response is “nope, not good enough.” He’s given them room to reach a political compromise, and they’ve accused him of acting unconstitutionally. There is literally nothing he can do to convince House Republicans that he’s on the level.

But that reality is lost in Fournier’s attempt to muddle responsibility for the failure of immigration reform. “Obama's team doesn't fully understand how Congress and compromise works,” Fournier writes. In a sense that’s true: They keep banging their heads against the wall trying to compromise with an irrational and implacable group of congressmen and -women.