Spying, sex and finance: What banks and payment processors are secretly watching -- to avoid "risk"

Companies may be monitoring your personal activity -- and, as Eden Alexander learned, the reason will horrify you 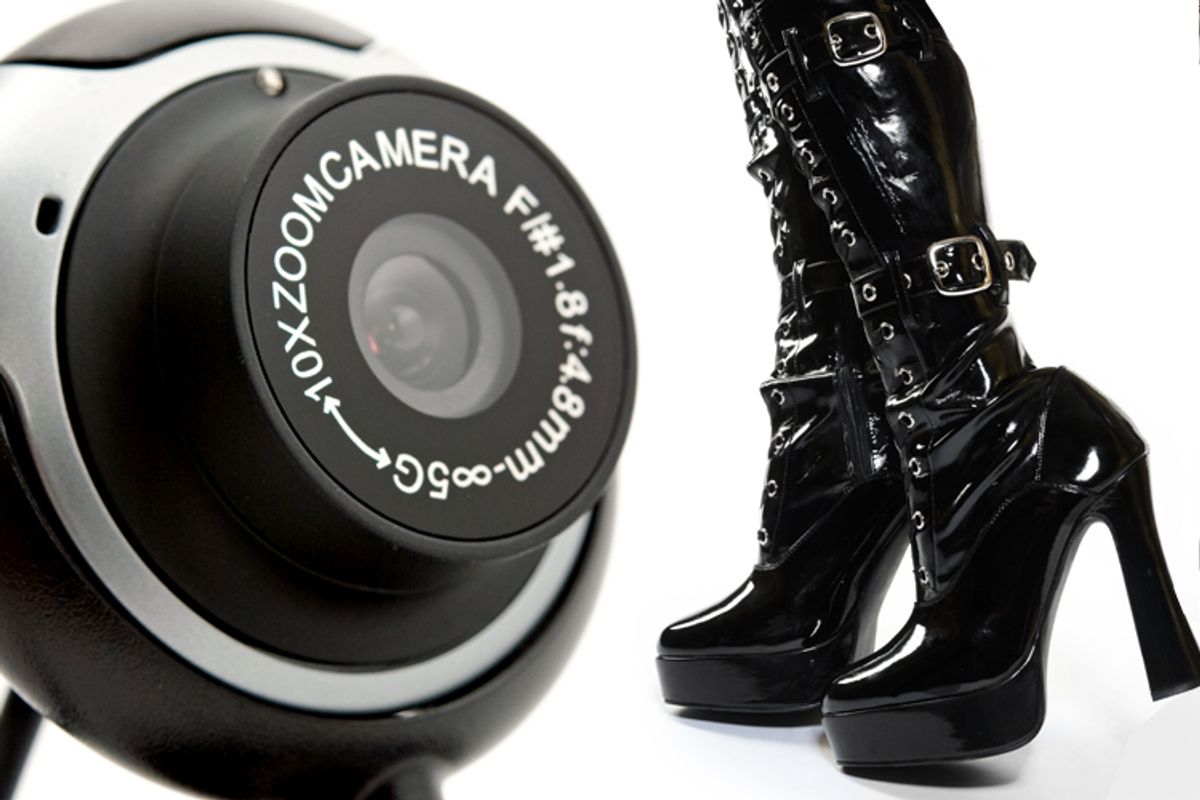 When adult performer Eden Alexander was put out of work by a near-fatal medical emergency, she turned to her community for help with expenses. She did not know that by using social media to share messages of support from friends and colleagues -- doing what anyone does in a crowd-funding campaign these days -- she risked losing all the money she raised.

But that's just what happened. On May 17, when payment processor WePay emailed Alexander to inform her they were canceling her medical fundraiser, she posted their message online, too. Within a few hours, she'd be in the hospital and WePay would be backpedaling, trying to justify why Eden Alexander's campaign posed a risk to their business. And the entire affair would shed light on a disturbing trend about the role of surveillance in our daily lives.

The reason WePay offered for canceling her fundraiser? Two retweets about pornography. At least that's what the company's founder Bill Clerico tweeted at me as this all unraveled. (As several others noted in the fray, for WePay, contrary to the rest of Twitter, RT does = endorsement.) Publicly shamed, WePay subsequently offered to help Alexander launch a new fundraiser. By then, supporters had already created one on another site that pledged not to remove it. Since then, she's raised nearly $10,000.

Eden is in caring hands now, and the attention she received means many more people now understand the real-world cost of discrimination against sex workers. WePay faced persistent criticism in public for how it treated Alexander. Couldn't they tell the difference between a sex worker using a service to do sex work, and a sex worker using a service for anything else? Sex workers, like all workers, have lives off-the-clock. Still, the public tends to reduce sex workers to their presumed sexual license, as if their job has consumed them and all they do.

Throughout WePay's defense, those scarlet retweets remained its justification, claiming any link to pornography -- however weak -- spelled a risk to its business. As WePay told critics, they were "force[d] to make tough decisions" due to "rules around payment processing." Though pornography is legally bought and sold online, WePay prohibits users from accepting payments for any "obscene or pornographic items." Founder Bill Clerico elaborated that this was due to "rules set by banks, [V]isa & MasterCard." So how did they even find out about Eden's retweets in the first place? Through a pretty sweeping surveillance program. "[W]e are required to monitor customer websites and social media," Clerico tweeted. "[Because] we have to, not [because] we want to." As if to dispel fears of further discrimination, he added that it wasn't just sex workers or suspected sex workers who were monitored, but all of WePay's customers. These banks and WePay use the apparent risk of porn, among other prohibited products, to justify this blanket surveillance.

Her contract with her payment processor also meant she couldn't write publicly about the dispute, she said, "because Visa's name was trademarked and they only allow its use on a payment page with payment instructions."

Who was asking WePay, then, to look at Eden Alexander as a risk? They sent me a lengthy statement, which read in part:

In regard to its contractual obligations, WePay, like all payment service providers, must abide by the rules and regulations of its acquiring bank (the financial institution that processes credit card payments on behalf of WePay and our customers) and the operating regulations of the Card Networks (e.g. VISA, MasterCard, AmericanExpress).

Both acquiring banks and the card brands generally restrict the processing of payments for any activity that is deemed unlawful, high risk or “brand damaging” to the networks. At least once a year, the Card Networks update their Rules, which outline -- in extreme detail -- what is and is not allowed.
These rules are codified and expanded upon in our contract with our acquiring bank, which is also subject to the Card Rules as well as additional internal and external obligations.  Consequently, our contract with our acquiring bank has an "acceptable use" section, which prohibits certain types of activities, including the processing payments made in exchange for adult content.

"Unlawful, high risk, or 'brand damaging'" spans a spectacularly broad range of potential transactions, but more revealing, maybe, is that WePay indicates somewhere there is a document containing "extreme detail" about all of these. Some commentators speculated that those prohibitions must be determined in part by recent crackdowns on third-party payment processors: The Department of Justice's "Operation Choke Point." Under this increased scrutiny, if a third-party payment processor violates the law, its bank is held responsible. As one bank executive put it (in an email that turned up in a DOJ lawsuit against Choke Point's first target, the North Carolina bank Four Oaks), "I’m not sure ‘don’t ask, don’t tell’ is going to be a reasonable defense."

Choke Point, its supporters point out, is meant to target illegal activities, particularly those associated with payday lenders. So why would pornography come under scrutiny from banks? One reason: The FDIC, which regulates the banks, has issued guidance on third-party processors that describes pornography businesses as "merchants that may present elevated risk," along with "pay day loans," "surveillance equipment," "gambling," "racist materials," "escort services" and a dozen or so others. A bank can take that guidance and decide, rather than do due diligence on each potential merchant, to deny service to an entire type of merchant. That blanket denial of service would then be replicated by third parties, and by their customers like WePay.

Then they monitor us, through whoever was hired to sit in front of the screen on which our online activity appears. That could be the person looking at Eden Alexander's fundraiser, scanning her Twitter account, and making the call to cut her off. It may not have been a person at all. WePay has created something called Veda, an automated system for "leveraging social data to measure merchant risk," or what they call a "risk engine."

Jillian C. York, director for international freedom of expression at the Electronic Frontier Foundation, told me this kind of user monitoring "means that anything we do online could come under scrutiny from the big companies that control our means of payment. Down the line, I could see the companies banding together to improve their surveillance capabilities, which would have an even harsher chilling effect: Users could effectively be banned from all payment services."

If banks, third-party processors and their customers refuse sex workers' business, sex workers who rely on online payments simply end up facing this "risk" alone. It's a neat sort of circle of blame: Selling sexual products and services is deemed too risky for banks and regulators, and so sex workers are left to fend for themselves. It doesn't mean they aren't doing business, only that to be accepted by the only service providers left available to them, they have to turn over a hefty cut. Dedicated adult payment processors, like the one that turned away Maggie Mayhem, charge much higher transaction fees. "Those extra charges are more than discriminatory, they're predatory," said peech, a former sex worker. "Because, as with a lot of businesses in the adult industry, the folks at the top aren't involved in the industry. They're simply super savvy and have seen a need that can be easily exploited. The workers have nowhere else to go to accept money, so they can either take the chance of being caught and having their funds frozen (and it is a very good chance they'll be caught) or pay the higher fees to safely accept payments for honest work they're doing to live."

"Denying people access to the economy is a powerful method of oppression that many marginalized groups have been reporting for a long time," said Maggie Mayhem. "You'll hear everywhere that 'sex sells' and there is the assumption that you're probably wealthy," she added, and yet, "our very existence is outside the boundaries of lawful digital commerce."

Melissa Gira Grant a writer and freelance journalist covering sex, tech, and politics, in the streets and everywhere else. Her latest book, Playing the Whore: The Work of Sex Work (Verso, 2014) challenges the myths about selling sex and those who perpetuate them.