Forty-year careers: 11 artists who are still great after four decades

The Stones might not have aged so well, but these artists are champions of the multi-decade career 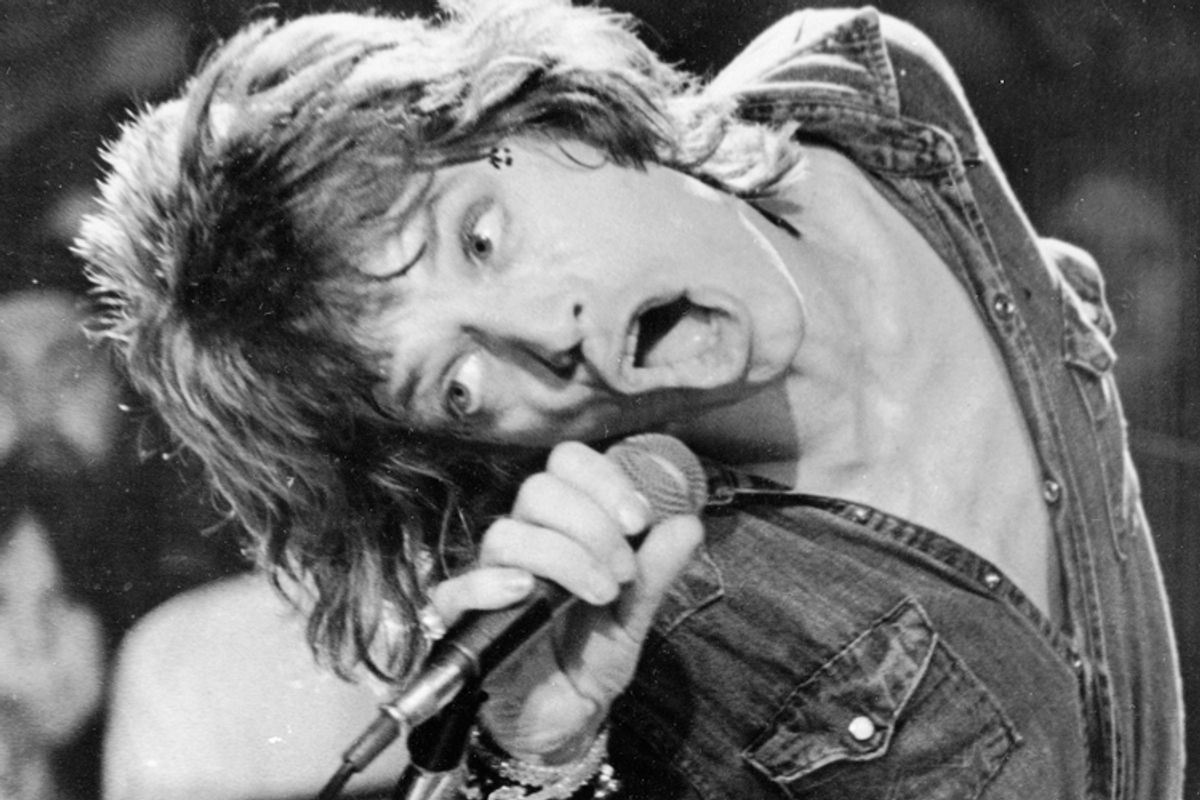 Music stars and trends in the age of mass culture tend to be ephemeral things. Beyoncé seems like a musical marathoner for lasting 15 years, while bands like the Rolling Stones are considered among the greatest ever because everyone knows that after 20 years most anything you do doesn't count. Still, there are some performers who manage to be great, and still be great, and continue to be great after a decade or two. Here is my list of performers who are -- or were -- still making worthwhile music 40 years or more after they started:

One of the great Delta Blues performers, Son House's 1930 recordings are prized for his dazzling slide-guitar and deep, authoritative vocals. He was never especially popular, though, and he gave up performing for some 20 years before folk revival enthusiasts approached him and he began a second career. He supposedly had to relearn his playing style and repertoire, and his playing is certainly simplified in his later efforts. But the church-influenced singing style, with moans, wails and rumbles, is, if anything, even more impressive. His later recordings are also a fine example of an older musician taking advantage of technological advances — the extended play possible on latter-day recording allows the singer to stretch out each song endlessly into bleak, hypnotic landscapes. Plus you get to hear him muttering crankily about kids today (circa 1970). "The blues means something; it's not just foolishness." Take that, Elvis.

Gram Parsons and Emmylou Harris, "That's All It Took" 1973

Emmylou Harris's career has had its ups and downs and its unfortunate Daniel Lanois echoey detours, but compared to even successful peers like Willie Nelson, she's been remarkably consistent over an incredibly long period of time. Part of that has been her unparalleled ability to find great collaborators, from her earliest recordings with Gram Parsons on his 1973 album "GP," all the way through 2013's "Old Yellow Moon" with longtime friend Rodney Crowell.

Don Williams's easy-listening '70s country doesn't seem like a sound that would long outlast its era. But "My Woman's Love" from his 1973 debut "Volume 1" rolls along into the same groove as Townes Van Zandt's "I'll Be Here in the Morning from 41 years later. The advantage of being a laid-back fuddy-duddy, maybe, is that you only make more sense as you get fuddier and duddier, middle-aged and beyond.

Visitors from Saturn stick around. Sun Ra had one of the longest, most prolific and most eclectic careers in the history of music. He was already a veteran in his 30s when he made his first recordings, playing piano as a sideman on jump blues tracks with the dynamic Wynonie Harris; you can hear him experimenting with some dissonance there on the boogie woogie. Forty-three years later he's in full cosmic exploration mode, with a live performance that touches on everything from Ellington to bop to free jazz squonking to doo-wop, plus multiple marvelous sound effects and hats. "The year 2000 knocking at your door" — the spaceship ascended before he quite made it that far, but no doubt he's still singing somewhere out there.

Duke Ellington recorded "East St. Louis Toodle-Oo" several times in 1926 and 1927, all featuring Bubber Miley's distinctive muted trumpet. Forty-three years later, Miley is long gone (he died tragically young of alcoholism and tuberculosis in 1932), but you can still hear echoes of that soulful, swinging growl in one of Ellington's last suites. It sounds as much of the '70s as it did of the '20s; if there's one common line running through African-American music of the 20th century, Ellington would be it.

Clara Ward Singers featuring Marion Williams, "How Far Am I From Canaan?" 1948

Perhaps the greatest American singer ever, and certainly the most underappreciated, Marion Williams started her career with the Clara Ward Singers, powering some of their most successful hits with her amazing, soaring "Oooooooos." She became great friends with groundbreaking gospel music scholar Anthony Heilbut, and he helped her to a late-career renaissance, producing many anthologies and recordings, including the 1992 piano-accompanied "Victory Ahead," where she gives full play to her growling low notes and masterful sense of time.

I thought about including Johnny Cash here, but his wife June Carter Cash actually had a longer career — and Johnny would rather have her featured anyway, I suspect. June started performing with the famous Carter Family when she was 10, so she was already an old hand in this 1952 video, where she tells Roy Acuff about her drawers and then performs with her mom and sisters Helen and Anita. Half a century later, on one of her few solo albums, "Wildwood Flower," she is still preceding her songs with stand-up… in this case about Lee Marvin, of all people.

Indian playback singer Asha Bhosle has been cited as the most recorded performer on the planet, a title she attained in part by performing for a really, really long time. The first song here, composed by Sajjad Hussain, is from one of her very first performances. The second reprises her most internationally famous number by her ex-husband R.D. Burman, given a new setting by the Kronos Quartet. Even at 72 her voice sounds remarkably resilient. Bhosle is 81 now, and has not recorded for a number of years… but who knows? She may have a song or two left in her yet.

The Monroe Brothers, "What Would You Give in Exchange for Your Soul?" 1936

Bill Monroe recorded spiritual material throughout his career; the first track with brother Charlie was one of the duo's first hits, with Bill's tenor giving the song that classic high lonesome sound. The second performance is from one of the man's last recordings, the 1991 album "Cryin' Holy Unto the Lord." The song is an old Stanley Brothers number, and Monroe is joined by Ralph Stanley himself.

Far more than a musician, Mercedes Sosa was an icon of freedom and resistance within Argentina and throughout Latin America. She was a great singer too, though. Her earliest recording, "La Voz de la Zafra" has an effortless purity that illness robbed her of in her last years. Still, the 2009 collaboration with Brazilian Caetano Veloso doesn't disappoint, as she uses her limitations to project vulnerability and emotion. The performance is from the album "Cantara," a collection of duets with Latin stars from Shakira on down, a tribute to her continuing importance and influence on generations of performers.

Classical musicians tend to have longer careers than pop stars; still, there are few who have been as successful for as long as Vladimir Horowitz. He was 25 when he recorded the Chopin piano rolls in the first recording here. The Mazurka was recorded when he was 86, four days before his death.