As administrators like Gordon Gee get richer, tuition goes up and students see more adjuncts, a new study explains 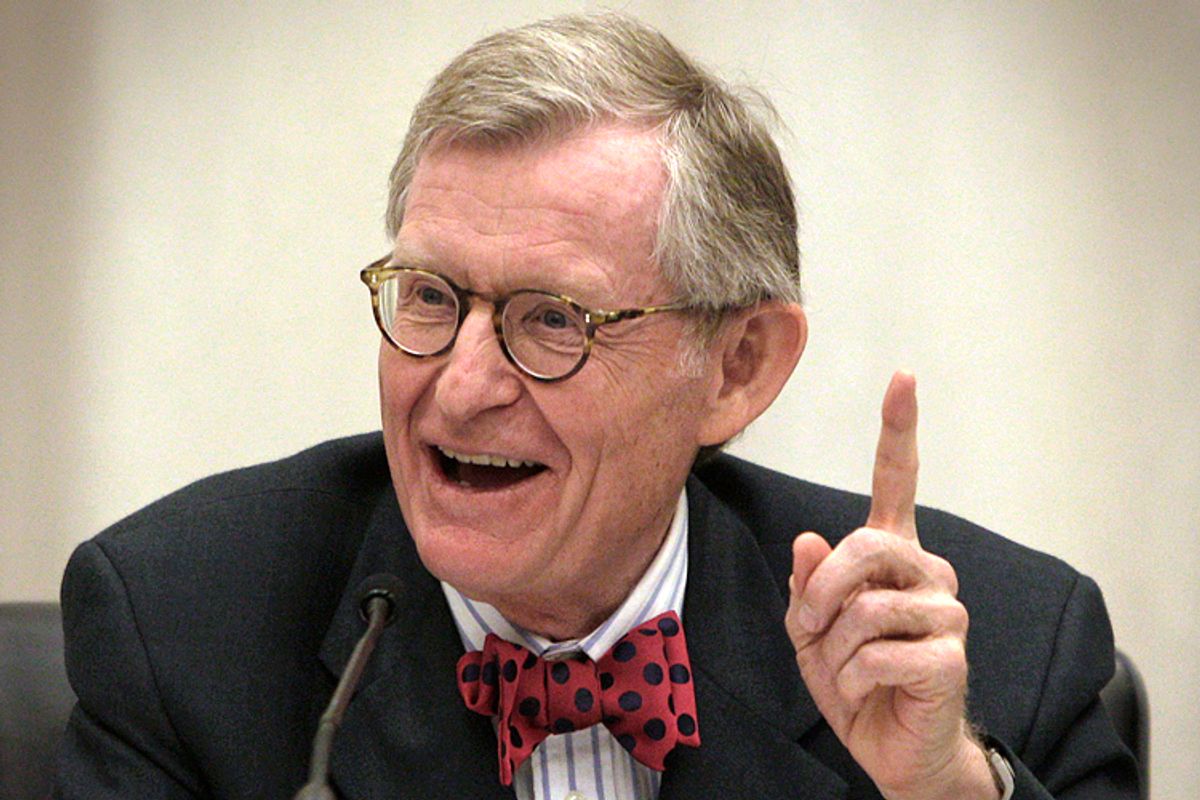 In theory, the state college system is one of the most egalitarian and progressive-minded institutions in America. Its goal is to make sure that kids who cannot afford to enroll in expensive private universities and colleges are nevertheless able to get a great education and improve their chances of climbing the economic ladder and making real the implicit American promise of social mobility.

Unfortunately, that's not so much the case for many of today's state schools, at least not according to a new study from the left-leaning Institute for Policy Studies (IPS). Titled "The One Percent at State U: How Public University Presidents Profit from Rising Student Debt and Low-Wage Faculty Labor," IPS's latest finds that the triplet developments of hyper-wealthy college administrators, like E. Gordon Gee, rising tuition costs and schools' increased reliance on adjunct professors is not a coincidence. On the contrary, all three are related — and, together, they constitute a threat to the very idea of state-run higher education.

Recently, Salon spoke with the study's authors, Marjorie Wood and Andrew Erwin, about their findings, the purpose of state universities and how higher salaries, higher tuitions, fewer professors and more student debt play into the perpetuation of economic inequality in America today. Our interview is below, and has been lightly edited for clarity and length.

What was the goal of the study?

Marjorie Wood: We set out to answer a really simple question: Are these presidents that are making these high salaries at universities doing well when it comes to the two issues that are the most discussed in higher education — in many ways discussed as a crisis — which are the student debt crisis and the crisis of faculty labor turning into low-wage and temporary labor. And we weren’t sure what we might find; we thought we might find no relationship at all. But it turned out that, when we looked at the 25 public universities that had the highest executive compensation from 2005-2012, there was a very clear pattern that they were actually doing worse in those two areas.

Were there any universities that fared the most poorly in this regard, or was this something you saw pretty much across the board?

MW: It’s really more across the board. Again, this was a study of 25 public universities, and we wanted to see how they were all doing, and we found a clear pattern. This wasn’t a study to point a finger at one or two schools.

Andrew Erwin: I think probably the adjunct and temporary faculty crisis is even more extreme than the student debt crisis. The student debt crisis is obviously awful, but we did find that the increase in part-time and temporary faculty was the more extreme of the two. That obviously affects students as much in some ways as the debt does, because what it means is that the quality of their education is affected. Congress has recently done studies on how adjunct faculty themselves believe that they cannot serve their students to their best ability because they don’t have time or the resources to provide the kind of education that they would be providing if they had more job security, benefits and better pay.

As I'm sure you know, in terms of income and wealth, there's not only a 99% and a 1% but there's an almost as dramatic gulf between the 1% and .01%. Is there a similar dynamic going on among the administrators at these schools? Are presidents, for example, seeing much more dramatic gains than lower-level administrators?

MW: What we found is a kind of breaking away from the past among these 25 universities. So my answer to that would be kind of a broader answer that, when you compare executive compensation of these presidents to their peers and to the other schools that are in the Chronicle of Higher Educations survey of salaries, there’s a real breaking away of these 25 schools. I think what you may be talking about within individual schools is, is their a breaking away as well, and I couldn’t speak to that as much. There is a pattern whenever you have a top executive that’s making a million or more that it’s the tip of a very large iceberg where there are other [large] administrative salaries as well.

So how do you think these processes work with one another? What's the kind of rough-sketch general dynamic?

AE: It’s probably something that’s been going on for a long time and has really gotten much worse in the last 10 years and, based on our research, has been particularly bad since 2007 and 2008 ... Many of the universities have defended the high administrator salaries by saying this is just what the market bears, and I think one of the important findings of the study is to say "Well, if you really look at it, the 25 universities that have the highest pay, they’re actually paying their presidents far above market value, if you define the market value as the average pay at public research universities." It’s difficult to identify a cause for that, but some of it appears to be a feedback loop where once you begin down this road, you start to justify it and then many of these administrators will jump around from school to school and demand higher and higher salaries.

How would you recommend stopping this feedback loop — for salaries, tuitions and use of adjuncts — and halting this escalating process?

MW: Right now, we are paying a lot of attention to President Obama’s college ratings system ... We think that this could be a really important opportunity to look at what’s happening at the top, and if you’re going to tie federal financial aid to some sort of rating system, we think that allocation of resources should be looked at really closely, and administrative excess ought to be included as a factor in that rating system ... For example, some sort of a spending ratio. We think could be very important to look at how universities are managing their spending — particularly the non-academic administrative spending (meaning spending that does not have a direct benefit to students, versus scholarship spending).

Another thing we think could be looked at closely is the pay ratio. In order to hold these universities accountable, some sort of a pay ratio that takes into account how much an equivalent full-time faculty member is making at that university versus how much the university president is making, we think that could be reasonably set. We recommend something like 10 to 1, but of course that all depends on whether faculty are making a living wage or not — and we think all faculty ought to be making a living wage. So there are things that we can do. Another opportunity is Elizabeth Warren’s student debt bill that is expected to be voted on sometime around the first or second week of June. We think that the future needs to be addressed at these universities, but also the present. Students that are currently being burdened by student debt payments need immediate relief, and we think that Elizabeth Warren’s bill addresses that.

AE: Another way to think about one of the issues here is that there’s so much money that’s being, in a sense, shifted away from the core missions of the university. These are nonprofit public institutions; they don’t have any profit motive -- their goal is to educate. But what we’re seeing in terms of the pie is that more and more money is being diverted away from instruction and scholarships. So, especially for public universities, it just doesn’t make sense for administrators to be getting wealthy while students are going thousands and thousands of dollars into debt. We really think what needs to happen is that resources need to be shifted back toward scholarships and instructions and investment in the students. There’s a big pie of money, and students and faculty are getting less and less of it.

So where is the money increasingly going? Is it all going to salaries?

AE: There’s certainly a large part of this that’s going to salaries ... Money is also being spent on sort of things that provide a secondary benefit — student services, academic advising, new buildings. Universities have gone on a huge building spree. A lot of money that’s being raised is often put into construction of buildings; so much of the resources that universities have are just not being reinvested in —

MW: The quality of instruction.

To take a step back for a second and kind of put your research in context, what I was thinking about as I read the report is how much these results challenge one of our most comfortable, conventional narratives about how to combat inequality, which is that instead of more redistribution we can instead rely on improving educational outcomes. But when you consider that even public universities are becoming machines that churn out wealthy administrators and indebted students, that doesn't sound quite right anymore, does it?

AE: Yeah, in many ways, [the system is] functioning in the opposite way. It's generating inequality.