Gay rights opponents cut themselves off from cake, mail

The spite moves are getting ridiculous 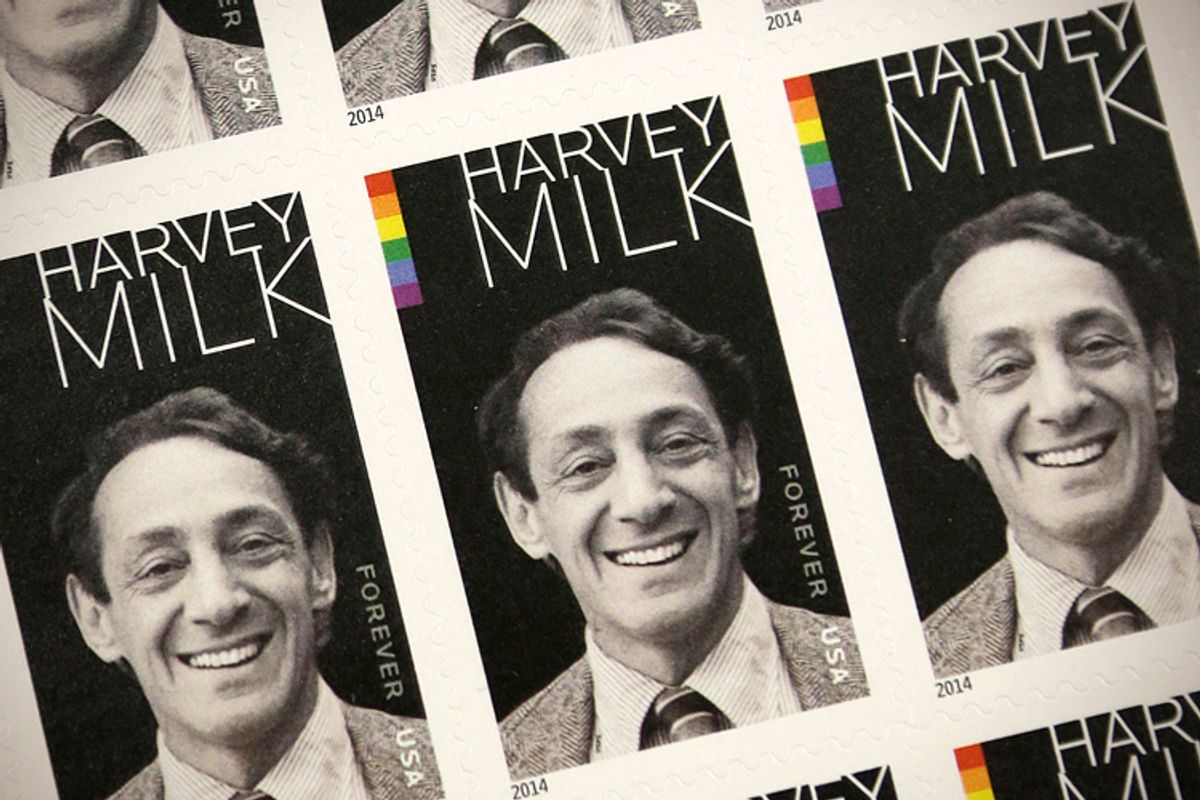 It used to be so much easier to be homophobic. You didn't want gay people in your bakeries or on your birthday cards? No problem -- not even an option. Now, however, the price of refusing to interact with gay people is getting a little steeper. It's hard out there for a gay rights opponent determined to live in a hetero world.

Take, for instance, Jack Phillips. Phillips is the owner of the Masterpiece Cakeshop in Lakewood, Colorado. Two years ago, Phillips was approached by David Mullins and Charlie Craig to order a cake for their upcoming wedding. Phillips, who does not endorse same-sex marriage on religious grounds, refused to sell them a confection. And when a seven-member Civil Rights Commission upheld on Friday that refusing to make cakes for gay couples violated civil rights law, Phillips was still unmoved. "I will stand by my convictions until somebody shuts me down," he said, adding that he no longer makes wedding cakes at all. He generously allows that he will sell other baked goods to gay people, for instance cupcakes for a gay person's birthday, but that "I don't want to participate in a same-sex wedding." And if not participating in a gay wedding means not participating in weddings, period, so be it. And because Masterpiece is not the only business that's recently come into the spotlight for its discomfort with the notion of working on same-sex weddings, it'll be interesting to see if others – from bakeries to catering halls – will now likewise follow Phillips' example of preferring to cut off straight people than ever cater to a gay one.

But while only a limited number of professionals will have to make the sugar- and butter-fueled choice that Masterpiece Cakeshop has, a wider segment of the population is now facing the more banal challenge of what to stick on its mail. Mail, for those of you who've ever wondered what those blue boxes you sometimes see on street corners are, is a slow yet often tangibly satisfying way of transmitting messages. And the American Family Association is pretty sure it doesn't want you slapping a known homosexual's face on the upper-right corner of your envelopes.

After the U.S. Postal Service recently issued a stamp – just in time for Pride month – honoring the life and legacy of Harvey Milk, the fundamentalist and official Southern Poverty Law Center-listed hate group swiftly issued a warning that "Honoring predator Harvey Milk on a U.S. postage stamp is disturbing to say the least. Harvey Milk was a very disreputable man and used his charm and power to prey on young boys with emotional problems and drug addiction." It further advised its followers to "Refuse to accept the Harvey Milk stamp if offered by your local post office. Instead, ask for a stamp of the United States flag" and "Refuse to accept mail at your home or business if it is postmarked with the Harvey Milk stamp. Simply write 'Return to Sender' on the envelope and tell your postman you won't accept it." Not mentioned: Clapping hands over ears, shutting eyes tightly, and singing, "LALALALA THIS ISN'T HAPPENING."

Look, I get the disconnect of seeing a face you don't approve of on a stamp. Last week I found myself WTFing after being issued a sheet of Charlton Hestons at my local post office. But I am reasonably confident that when I mail off a "Hang in there, baby" card to a friend going through chemo, she will not assume I am also tacitly endorsing the NRA. Maybe because we're grown-ups?

If you want to live in a world in which you can't bear to bake a cake or accept a piece of mail because it's been corrupted by the homosexuals, that's fine. And hey, enjoy not watching professional football or taking your kids to Disney World or buying anything from the Nate Berkus collection at Target. That's right – you want to play this game? No Target for you, extremists. You might also want to send out a questionnaire to every doctor, teacher, cop, business owner and human being you interact with, just to make sure there are no practicing homosexuals among them you might accidentally be supporting with your patronage.

But just know that if a few scared individuals want to make their worlds increasingly smaller because they're afraid of what might happen if they give even the slightest appearance of approval for gay people, you can knock yourselves out. It's a great big world, and even without a few determined bakers in it, it's infinitely sweeter.