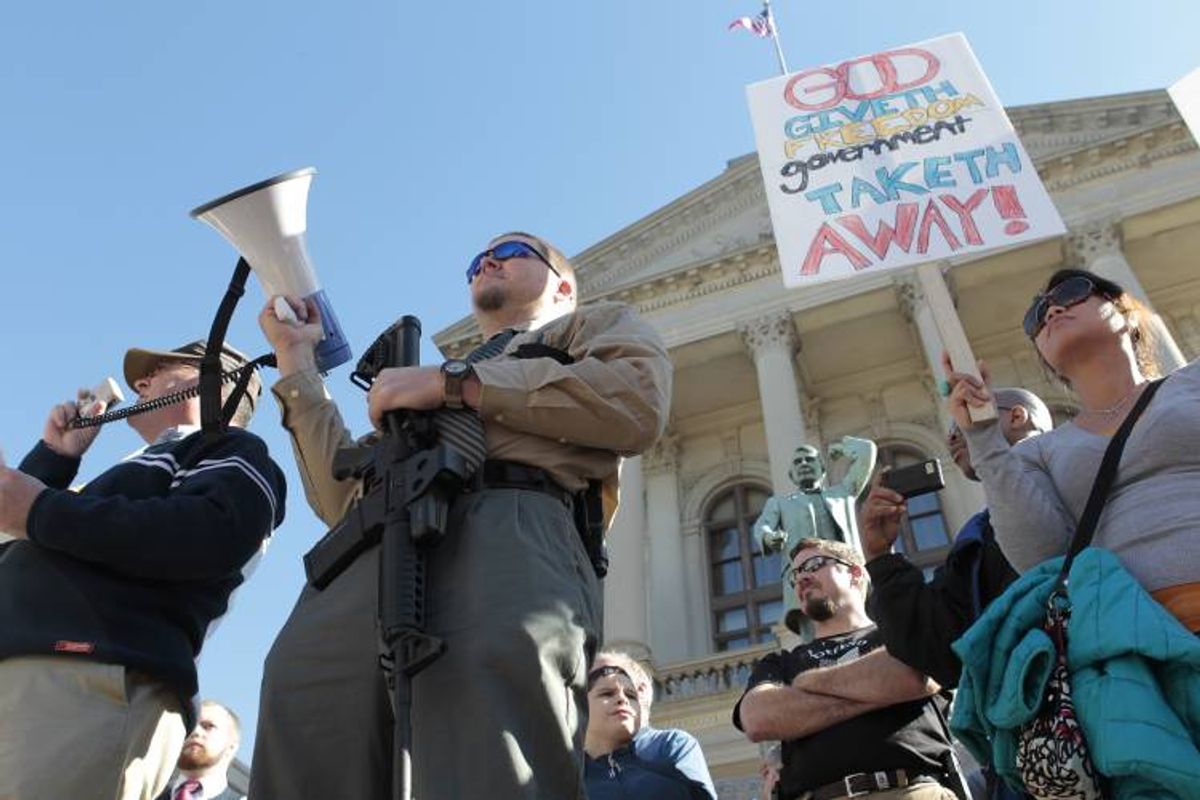 Adding its imprimatur to a tactical retreat being undertaken by some gun rights absolutists, the lobbying arm of the NRA, the Institute for Legislative Action, released a statement on Friday urging gun enthusiasts to refrain from bringing their weapons to restaurants and fast food chains like Chipotle, even if doing so is not technically against the law.

"As gun owners, whether or not our decisions are dictated by the law, we are still accountable for them," the statement begins. "If we exercise poor judgment, our decisions will have consequences … such as turning an undecided voter into an anti-gun voter because of causing that person fear or offense."

Describing the open-carry activists stunts as "hijinx," the NRA notes that "two popular fast food outlets have recently requested patrons to keep guns off the premises," a development they describe as "counterproductive for the gun owning community."

Referring to walking around a suburban or exurban parking lot with an automatic rifle slung over one's shoulders, the NRA said, "Let's not mince words, not only is it rare, it's downright weird and certainly not a practical way to go normally about your business while being prepared to defend yourself."

"To those who are not acquainted with the dubious practice of using public displays of firearms as a means to draw attention to oneself or one's cause," the statement continued, "it can be downright scary. It makes folks who might normally be perfectly open-minded about firearms feel uncomfortable and question the motives of pro-gun advocates."

Despite the NRA's enormous influence and power, however, not all gun fetishists are falling in line. Open Carry Texas, for example, tweeted in response that the NRA was compromised and on the side of gun control "extremists":