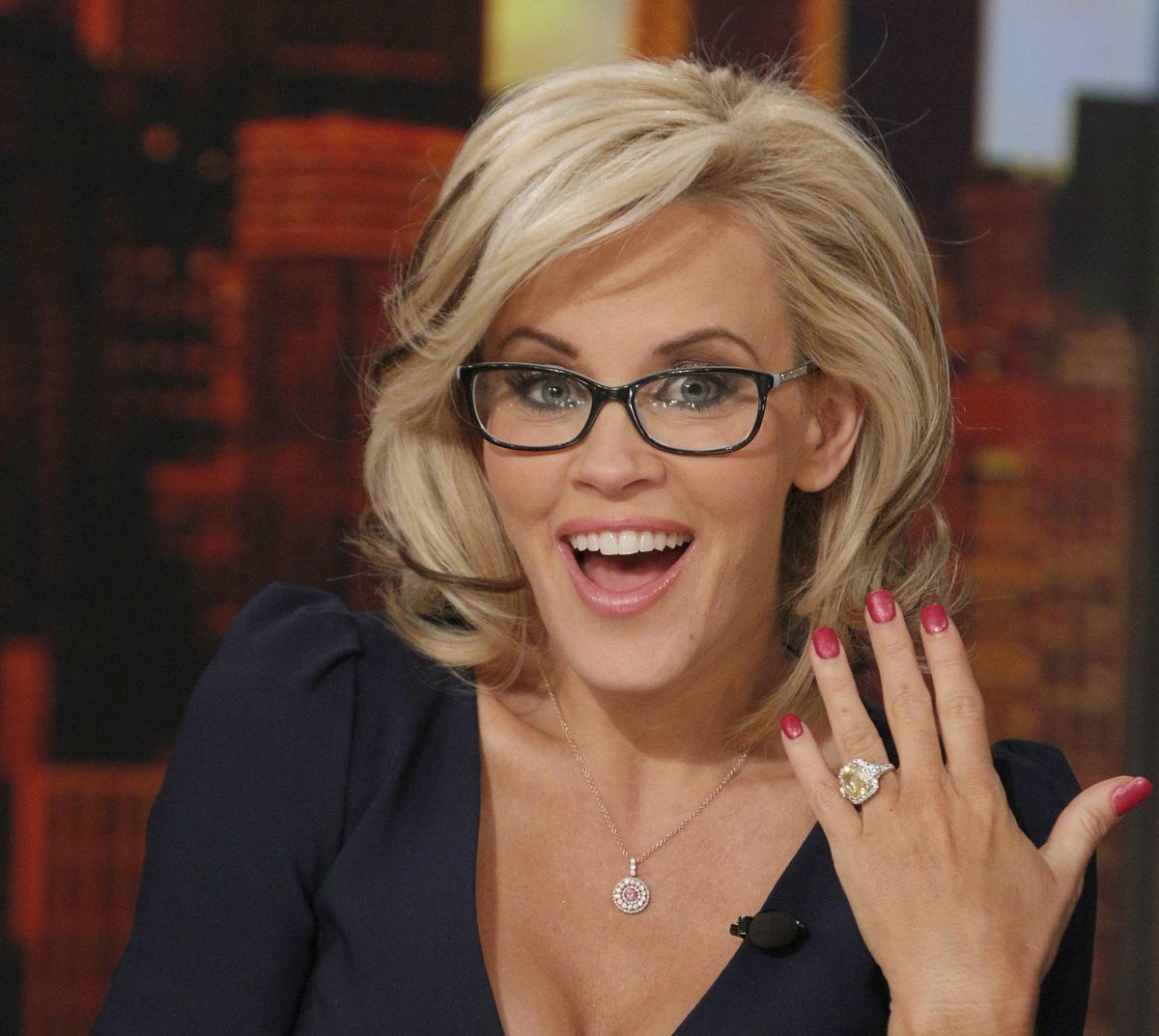 Here's another reason to take "The View" co-host Jenny McCarthy off the air: in addition to spreading dangerous lies about vaccines, on Tuesday afternoon McCarthy made an offensive joke on Twitter mocking trans people.

McCarthy thinks the rumor that Jennifer Lopez's 27-year-old boyfriend, Casper Smart, may have cheated on her with a bikini model is funny because the woman in question happens to be transgender. Apparently one person's identity is another person's source of entertainment: What actors and actresses say in public matters, and even moreso with McCarthy, who is on TV on the very basis of voicing her opinions (again, how and why?).

McCarthy must have realized her transphobic joke was offensive, because it's now been deleted. She replaced it with a much fresher, original joke: