The Scripps National Spelling Bee resulted in a tie, but can these champs handle words like "cleptopenia"? 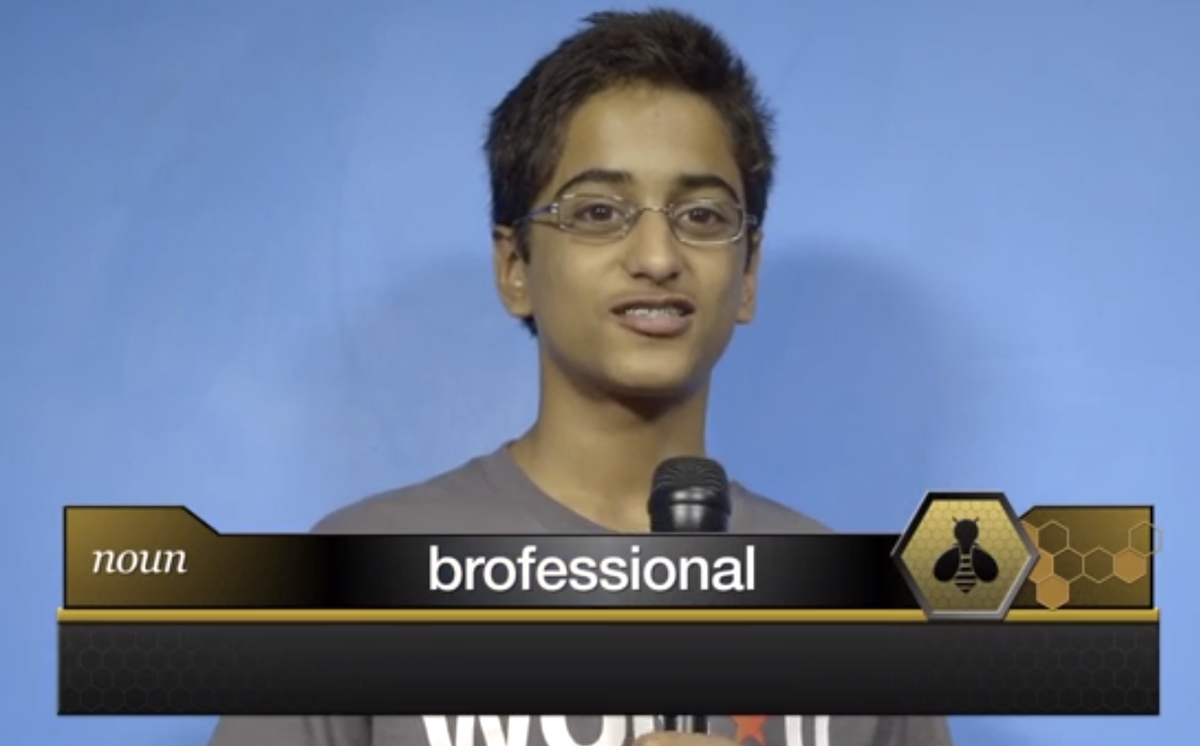 Sriram Hathwar, from Painted Post, New York, and Ansun Sujoe from Fort Worth, Texas, proved they mastered the spelling of "stichomythia" and "feuilleton" -- their respective championship words at the Scripps National Spelling Bee. On Friday, the two were named co-champions, the first to share the title in 52 years.

Though the two have politely stated their joy in sharing the title, the folks over at Mashable decided to hold a rather unconventional spelling tie breaker. The video below is of Mashable's "Urban Dictionary Spelling Bee." Words include "brofessional" and "procrastineating." See which Scripps National Spelling Bee champ takes home a victory: