This is the #YesAllWomen comic the New York Times wouldn't publish

Michael Kupperman tells Salon: It "blew my mind" that the Times wouldn't publish his and David Rees' latest comic 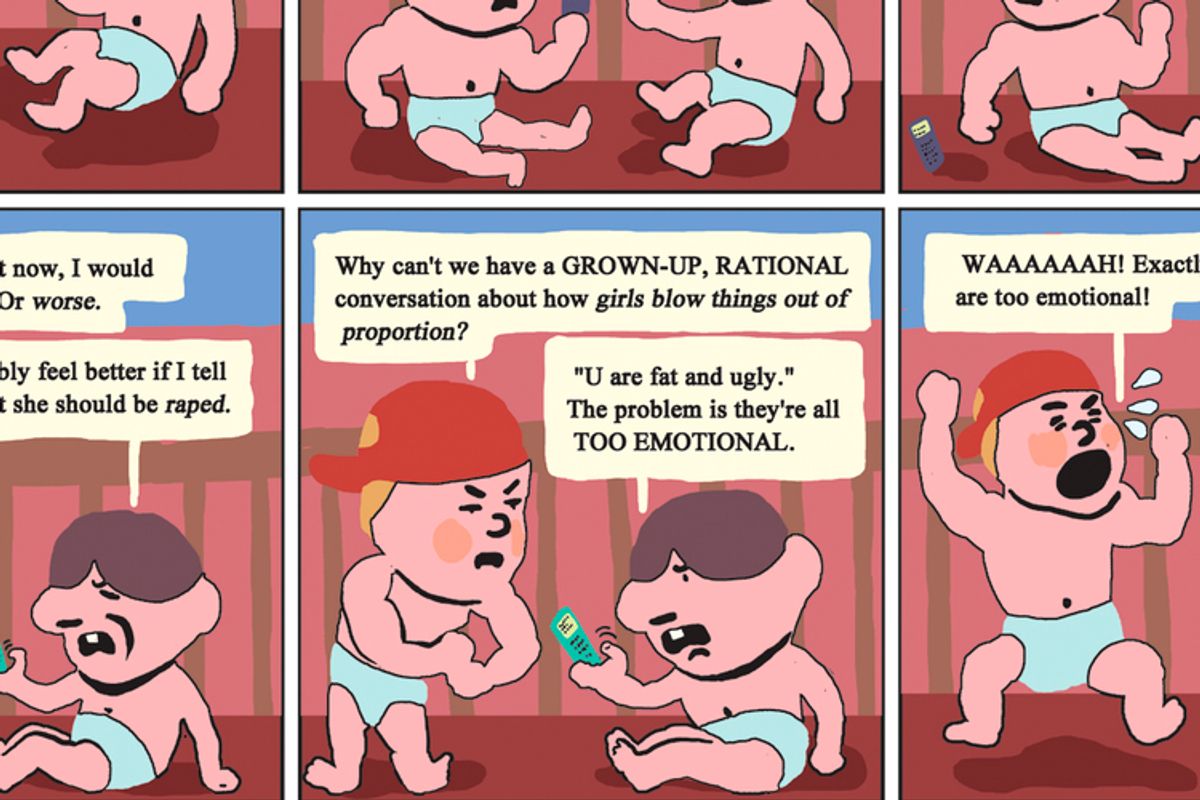 David Rees and Michael Kupperman do a regular comic for the New York Times' Week in Review, but the paper refused to run their take on #YesAllWomen because the material was deemed "too sensitive." The issues addressed? Men's rights activists, infantile misogyny, Internet harassment and pissing in your pants.

Here's the comic, shared with permission from Kupperman (click to enlarge): Kupperman told Salon over email that he was genuinely shocked that the comic was rejected. "What really blew my mind this week was that they didn't just reject the script, they declared that the subject itself was too sensitive to be prodded at with humor," he wrote. "Frankly, I genuinely believe they didn't understand it, and that made them nervous."

Anyone following the hashtag, or reading any of the dozens of pieces responding to it, should know that men on the Internet (#NotAllMen etc., whatever) tried to co-opt a Twitter conversation about violence against women by threatening women with violence. So it's kind of hard to understand what was too controversial here, and I pride myself on being really good at being upset at things that do not seem to upset other people. Was it calling misogynists babies? The blunt articulation of what misogynistic threats actually sound like? ("I'll probably feel better if I tell a feminist she should be raped" made me sigh in a very knowing way.) The fact that it treats its material fairly seriously other than making the characters infants who say "Waaaah" a lot? Piss jokes?

Hard to say. The strip remains unpublished (until now), Kupperman remains puzzled, and the Times did not respond to a request for comment.

Updated: As a reader pointed out, the Times did run a comic this weekend on the same issue by regular contributor Brian McFadden. The mystery deepens!