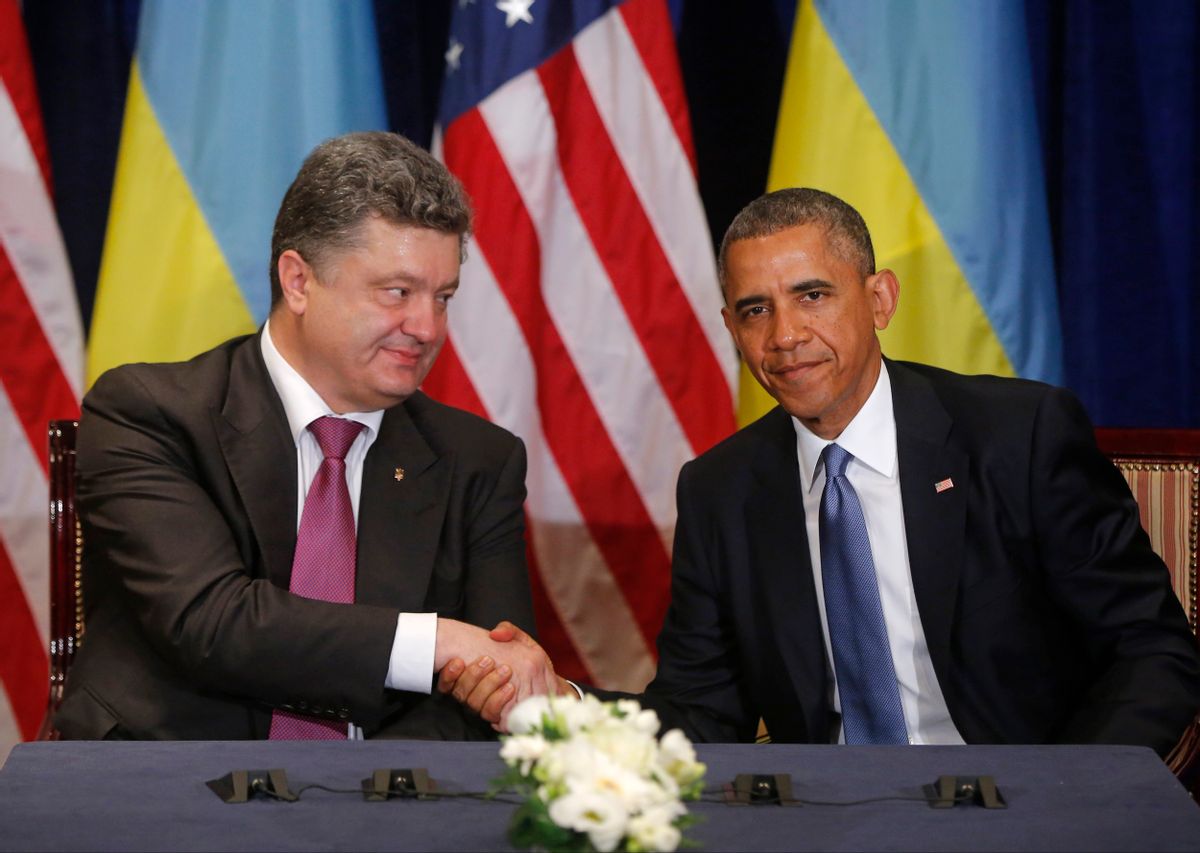 Sgt. Bowe Bergdahl is shown in traditional Afghan clothing sitting in a pickup truck surrounded by more than a dozen militants.

The president's meeting with Petro Poroshenko in Warsaw comes 10 days after the billionaire was chosen as the nation's first elected leader since the ouster of pro-Moscow Viktor Yanukovych.

Blending the tea party and mainstream energies, Republicans continue their march toward an impressive lineup of candidates this fall.

4. WHO IS TRYING TO STEP UP TIES WITH NORTH KOREA

Russia is moving rapidly to bolster relations with Pyongyang in a diplomatic nose-thumbing that could hinder the U.S.-led effort to convince the Asian country to give up its nuclear weapons.

5. NO OBAMACARE ALTERNATIVE IN SIGHT

House Republicans are united as ever in their election-year opposition to the health care law, but they are conflicted on their promise to vote this year on a substitute plan.

An unusual underwater sound was recorded around the time Malaysia Airlines Flight 370 vanished, though scientists doubt it is linked to the plane.

8. HOW IRAN IS TRYING TO BLOCK KABUL'S OPIUM BOOM

Tehran works on sealing its border with Afghanistan in an effort to combat drug trafficking.

9. TATTOOS MAY SERVE AS EVIDENCE OF CRIME

Police use body art as a way to identify suspects, but only rarely do they play a pivotal role as proof of wrongdoing.

10. WHAT WORLD CUP'S NEW QUANDARY IS