Black actors from "Star Wars": Where are they now?

As Lupita Nyong'o's "Star Wars" casting is hailed as a career-making moment, a look at the films' other black stars 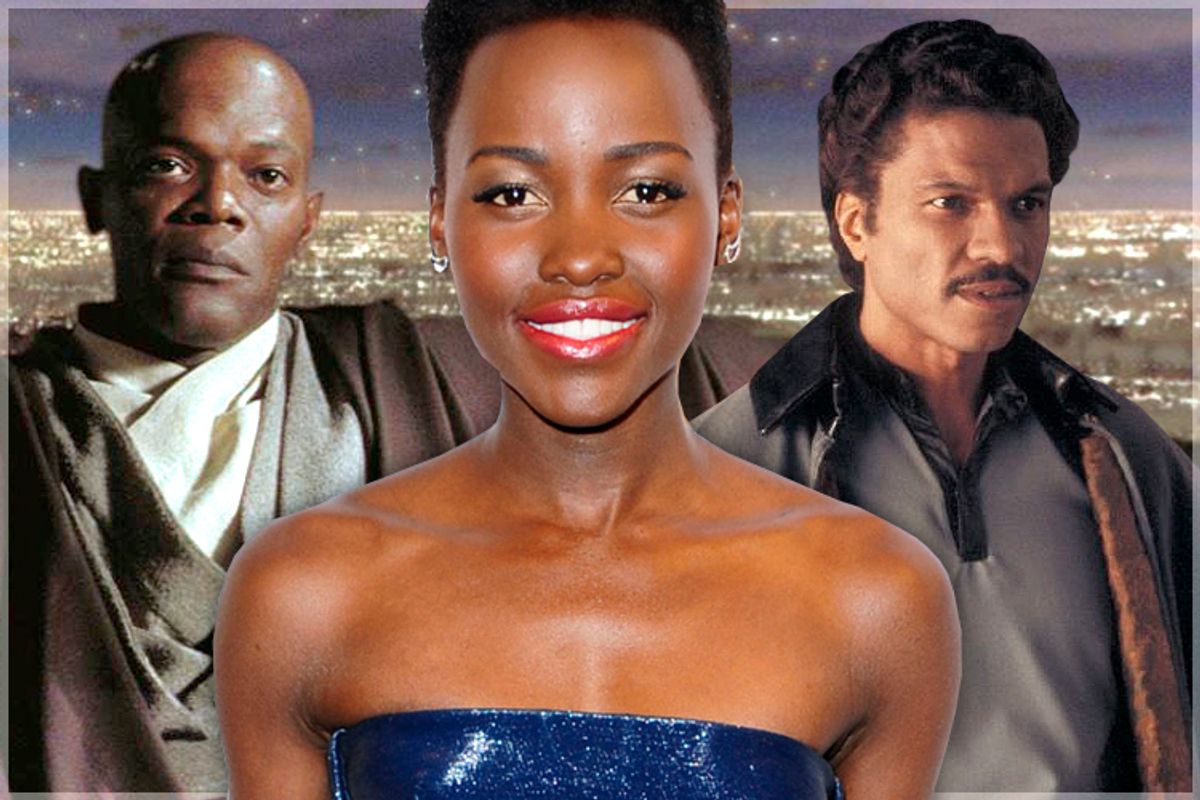 It was recently announced that Oscar-winning actress Lupita Nyong'o had been cast in J.J. Abrams' upcoming "Star Wars: Episode VII." Although zilch is known about what part the "12 Years a Slave" star will play, Kyle Buchanan at Vulture seems fairly certain that this is the role Nyong'o needs to take her fairly fresh career to to the next level. Buchanan attributes the paucity of parts that have come to Nyong'o thus far to Hollywood's flagrant lack of vision when it comes to casting blacks in key roles. "Star Wars came along just when Nyong'o needed it," writes Buchanan, "Her career momentum is restored, and her ascent to the Hollywood A-list now comes complete with an A-list project." This got me thinking of the literally handful of other black actors who have appeared in previous "Star Wars" films and wondering how it has changed their professional paths.

While Jones is now considered by many to be something of a national treasure, it is surprising to note that for at least three of the "Star Wars" films, he went uncredited as the voice of arguably cinema's greatest villain -- including the most recent one. Since giving Darth Vader his gravitas, James Earl Jones has gone on to lend his particular baritone mischief to what might be considered a ridiculous number of films, were it not for another guy on this list.

Billy Dee Williams ("The Empire Strikes Back," "Return of the Jedi")

Already something of a heartthrob among African Americans for movies like "Lady Sings the Blues" and "Mahogany," Williams rocketed smooth into the stratosphere when he joined the Star Wars franchise as the charming crook-turned-politico Lando Calrissian in "The Empire Strikes Back." Williams has appeared in countless films and television programs, but perhaps his second most recognizable role is as the silky pitchman for Colt 45 malt liquor. (We are not saying that's a good thing.)

Femi Taylor ("Return of the Jedi")

File under "Roughly 2 Minutes a Slave." Since meeting her tragic death at the hand and fangs of "Jedi's" gruesome Rancor monster, Taylor, who played Jabba the Hutt's pet Twi'lek dancer Oola, has continued to focus on her career as a professional dancer. In the Star Wars universe, she holds the distinction of having been the only performer from the original "Jedi" to reprise the role fourteen years later for a special edition release.

Tony Cox ("Return of the Jedi")

There were hundreds, maybe thousands of Ewoks. One of them had to be black. As it turns out, it was Cox, who played an anonymous Endor inhabitant. Cox  went on to be featured in an impressive number of films including, "Beetlejuice," "Willow," "I'm Gonna Git You Sucka," "Leprechaun's" 1 and 2, "Blankman," "Bad Santa," "Who's Your Caddy?" and "Disaster Movie." (We said the number was impressive.)

Ahmad Best ("The Phantom Menace," "Attack of the Clones")

Best, as in, best not to mention the CGI composite of racial insensitivity that was Jar Jar Binks, has kept a relatively low profile since his turn as the floppy eared Gungan. That's if you consider voicing the character consistently throughout the "Star Wars: Clone Wars" animated TV series a retreat from the spotlight. Outside of that, Best seems to have turned his attention toward producing, with a host of short projects under his belt. Me-sah producer say... Oh, forget it.

Seriously. Must we? Samuel Jackson was Samuel Jackson long before he appeared as Samuel Jackson -- I mean, Mace Windu -- in the three most recent Star Wars films. Where is he now? For the past few years, he's been spending a lot of time playing Nick Fury in just about all of the Avengers movies. But, in time, that blockbuster franchise will die and another will follow. Sam Jack will probably be in that, too. Regardless, there will always be Samuel Jackson. If Lupita Nyong'o's career is destined to span as many years as this man's, let's hope she has access to as many hairpieces.