After months of shifting political dynamics, the Obamacare rhetoric is catching up to the reality 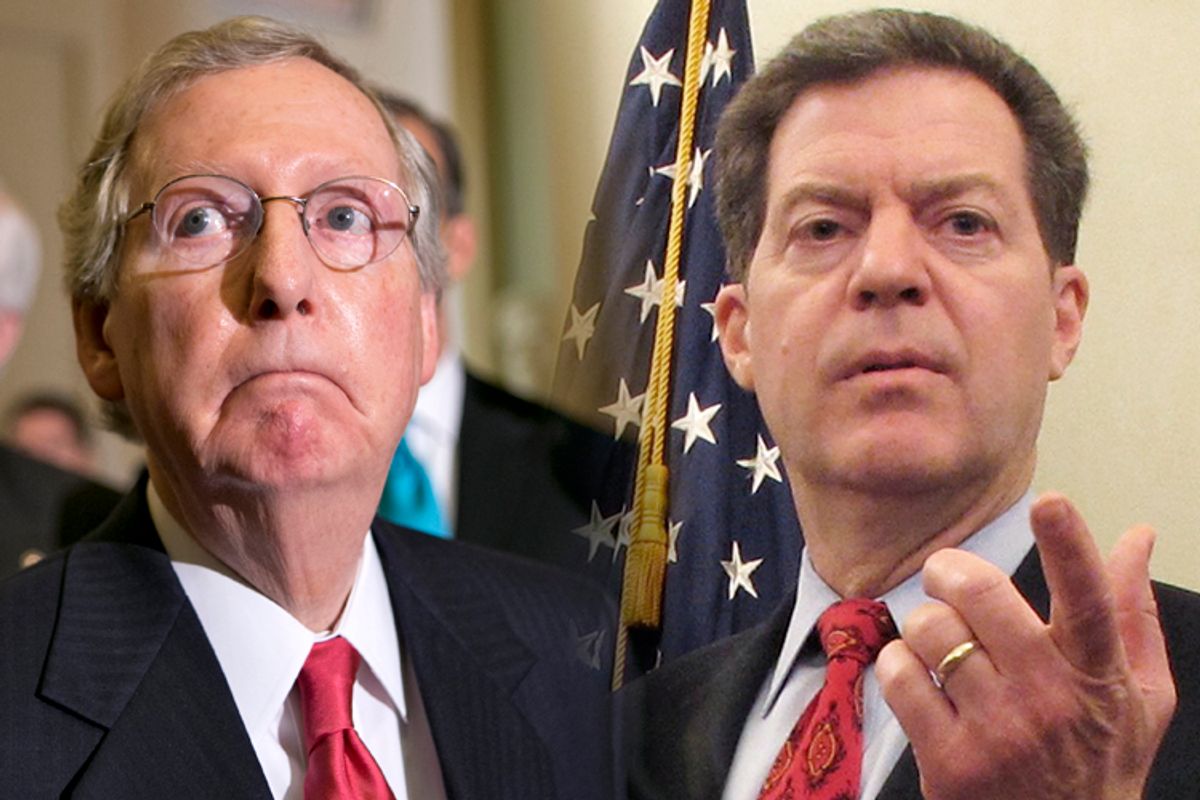 It’s kind of amazing to see how quickly the Affordable Care Act has been dislodged from its position as the topic of debate heading into 2014. New climate change regulations and controversial prisoner exchanges and Benghazi! Benghazi! Benghazi! are sucking up all the oxygen, but the politics of the ACA keep right-on shifting. As a result, we now seem to be entering the “real talk” phase of Obamacare’s political evolution.

For a while now, Republicans have been slowly backing away from the “full repeal” position, while making all the necessary rhetorical assurances to repeal-hungry conservatives that, yes, of course repeal is still the endgame. The Associated Press reports this morning, for example, on the growing conflict within the GOP on how to handle Obamacare going forward, and it includes this humdinger of a quote from Rep. Andy Harris (R-MD):

Repeal remains the official GOP position but is widely acknowledged to be impractical now that the initial problems with the enrollment website have subsided, people have signed up and popular provisions such as a ban on denying coverage because of pre-existing conditions have taken hold.

"I don't think anybody's talking about repealing the entire bill," said Rep. Andy Harris, R-Md., who is a physician. "There are clearly sections of the bill ... that people are saying, 'OK, these are actually good things.'"

Now, for anyone who’s been paying attention, this is fairly obvious. After voting dozens more times than was necessary to uproot or defund the ACA, House Republicans have no repeal votes scheduled for the foreseeable future. Republican candidates across the country are shambling about trying to find ways to convince voters that they’ll get rid of Obamacare but also retain parts of Obamacare. Harris is as conservative as they come and has long been an advocate of repealing the law, but now he’s given up the game: Full repeal just isn’t a realistic agenda.

On the other side of the aisle, Democrats are finally starting to realize that the ACA isn’t a complete political nightmare for the party. Politico reports today on the growing movement among Democratic midterm candidates to campaign on popular portions of the law, like the Medicaid expansion. That movement is led by Sen. Chris Murphy (D-CT), who was pretty blunt in summing up the Democratic position on the ACA:

However, even four years after Obamacare’s passage, Murphy admits that Democrats still have a hard time talking about it, although the law represents the pinnacle of decades of attempts by the party to pass a universal health care bill.

“Having cowered in a corner for a good part of the last four years, it’s hard to change your behavior,” he said. “It’s hard for people to immediately pivot from being on the defense in the fall [as HealthCare.gov crashed] to being on the offense. The news went from terrible to great in an instant, and sometimes it’s hard for your strategy to catch up.”

Pushing the Medicaid expansion is smart politics generally – the provision polls well and it’s a rare opportunity to use the ACA to put pressure on GOP opponents of the law. Republican governors who have rejected funding for expanding Medicaid are acknowledging as much. Kansas Gov. Sam Brownback sat down for a softball interview with the Heritage Foundation’s terrible new website to talk about Obamacare, and he was asked why he thought conservative governors like Mike Pence of Indiana agreed to accept the ACA’s Medicaid funding. “There’s a lot of pressure to do it,” Brownback said. “And there’s this presentation that this is free money from the federal government.”

Again, statements like the ones above simply reflect the slow, significant evolution of the Affordable Care Act over the last six months, but it’s good to see the rhetoric finally catching up to the reality.