"Born in the Wild": Lifetime TV has lost its mind 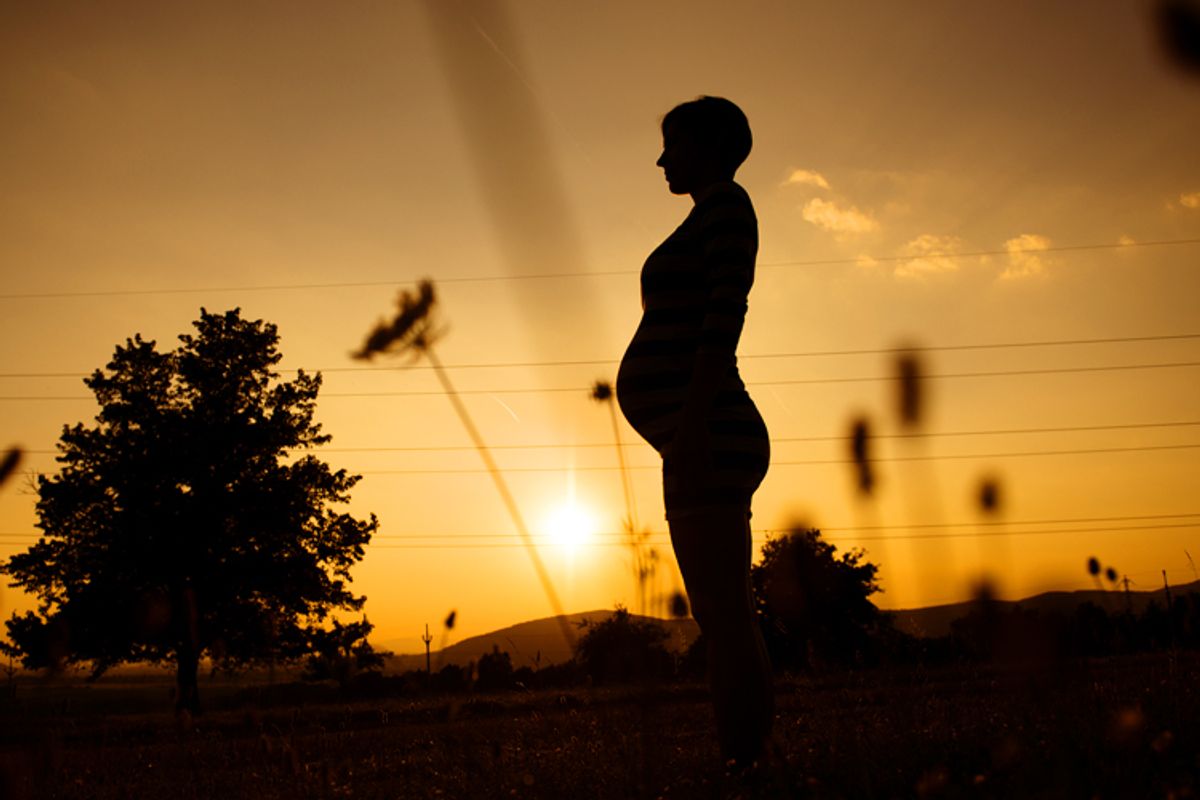 If you thought Lifetime was only for "Frasier" reruns and assorted reality shows involving "the cutthroat, crazy world of competitive mothering" (actual Lifetime network quote), think again. The network has just ordered four new reality series, two and a half of which sound completely insane.

There's "Born In the Wild," an unscripted series whose press release says, "From the mood swings and false alarms to the crazy food cravings, learning to expect the unexpected becomes a way of life in the final days leading up to birth.... But what happens when the craziest experience of a woman’s life becomes truly wild, and soon-to-be parents decide to take on an unassisted birth in the outdoors? 'Born in the Wild' will document the journeys of young, expectant parents who have chosen to give birth 'in the wild.'" Did they mention it will be crazy?

The show was reportedly inspired by an explicit YouTube video of a woman giving birth "in nature" that went viral last year, and it's already drawing predictable controversy. A maternal-fetal medicine specialist told EW this week that "I understand everybody wants to believe we overmedicalize pregnancy and that it’s a natural process. But it’s a natural process that historically has caused an extraordinary loss of life." But Eli Lehrer, Lifetime’s senior V.P. and head of nonfiction programming, rebutted that "Our presence at these births is going to make them far safer than if they were doing it on their own." I know I always feel safer when there's a cameraman on hand.

Frankly, I'm not going to get whipped up over whether a woman wants to give birth in a hospital or a swimming pool or on a pile of leaves, but I do find the premise of having an entire film crew around to document and televise the experience does somewhat undercut the whole "in the wild" thing a bit. And I definitely find Lifetime's branding of childbirth as an insistently "crazy" event spectacularly offensive. Japanese game shows are crazy. Sandy Hook truthers are crazy. Birth is actually just how human beings arrive on the planet, thanks.

But what if birthing babies in a creek isn't your idea of solid appointment television? Wait, there's more. What about "Girlfriend Intervention," a new show that's basically "Queer Eye for the Straight Guy" but instead of gay men it's black women and instead of straights it's whites? Here, let Lifetime describe it for you: "Our wise, poised and stylish African American women, in each episode, help a white sister seeking a complete makeover to restore her confidence and inner glow…. Who better to teach a woman how to get that sparkle in her eye and spring back in her step?" Note street cred bestowing use of the word "sister." I guess Homer Simpson was right when he long ago observed, "It's true, it's true. We're so lame." And if you've come to Lifetime for the ethnic stereotyping, stick around for the new show "Kosher Soul," which is about an African-American guy engaged to a Jewish woman, and is converting for her sake. HILARITY TO ENSUE. There's also a "Project Runway" spinoff for teens called "Threads," which actually sounds cool. Also currently in development: shows with the self-explanatory titles "Ugly Models" and "Worst Stylist Ever," and a series that explores "the emotional and psychological journeys of people attempting to fix their lives by fixing their teeth."

TLC has long cornered the "mental illness as entertainment" market with its round-the-clock lineup of hoarders and obsessives, but Lifetime, whose executive vice president and general manager Rob Sharenow told The Wrap Wednesday he is looking for "the next generation of our viewers," seems gunning for the "Gosh, I don't know, what possibly go wrong?" crowd. Reality TV isn't where one goes looking for tasteful programming or subtle discourse. But Lifetime's new lineup is rapidly approaching self-satire. So here's an idea for a new show: It's about a desperate network looking for the next generation of viewers with little more to go on than the word "crazy." I'll bet TLC would snap it up.