How to say you're sorry: A comprehensive ranking of celebrity apologies 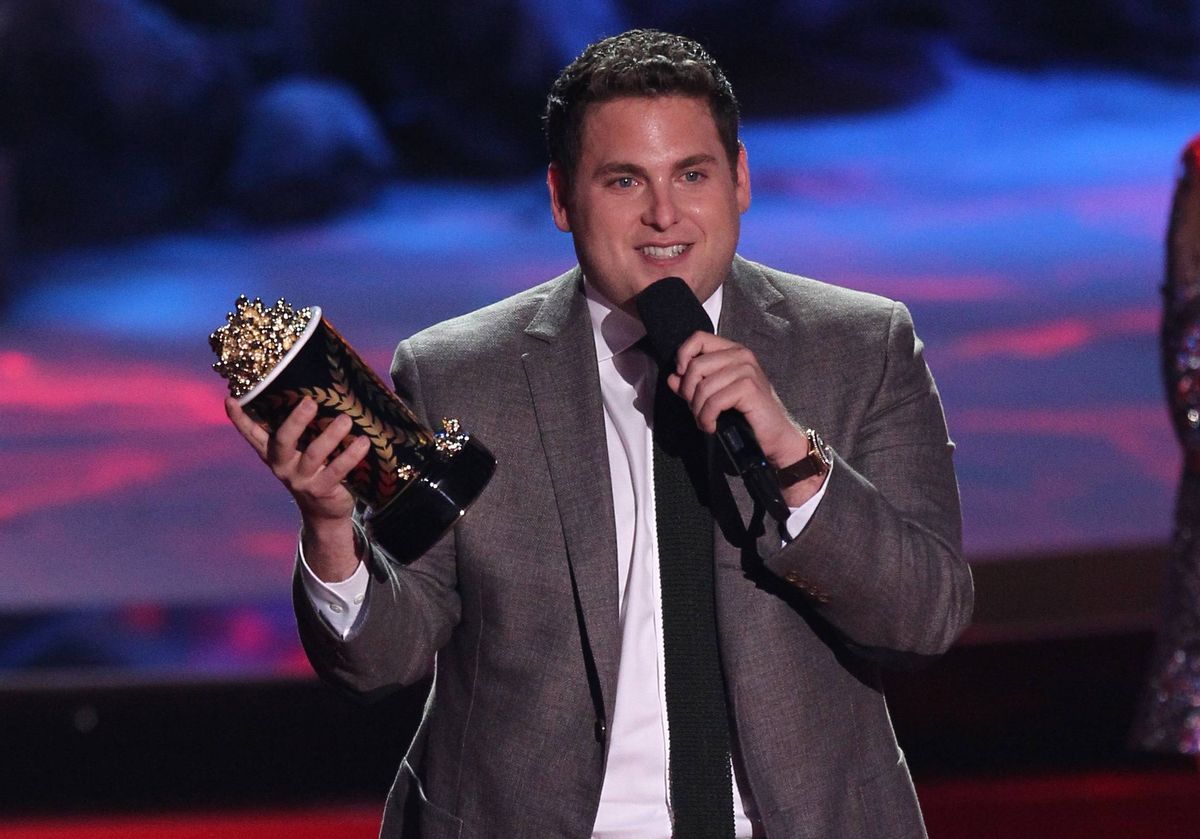 Apologizing is hard to do -- especially for celebrities, because it requires a lot of humility, soul-searching and soul-baring, none of which is historically a celebrity strong suit (specifically those who managed to get themselves into the position of having to apologize in the first place).

On Tuesday night, “22 Jump Street” actor Jonah Hill showed America what a good, sincere, heartfelt apology looks like. Hill, who used homophobic slurs at the invasive paparazzi in a moment of anger, apologized on “The Howard Stern Show,” and it didn’t end there  -- on “The Tonight Show,” he took a moment to address America and asked today’s youth to use himself as an example of how to not respond to someone who taunts you.

Hill was able to not only redeem himself, but even boost his profile as a good guy. He succeeded where so many before him have failed -- some because their apologies fall short, and others because their offenses are pretty much unredeemable. Looking at two criteria -- sincerity and gravity of offense, Salon ranks some of the most famous celebrity apologies in order of their redemptive effectiveness. (Justin Bieber, at this point, is probably a lost cause.)

America’s sweetheart tarnished her image after showing how nasty she can get when she’s intoxicated. In August, cops arrested husband Jim Toth for driving under the influence in Atlanta and ended up arresting Witherspoon as well after she intervened, saying things like, “You’re about to find out who I am,” and alleging to be pregnant. A horribly embarrassed Witherspoon apologized on “Good Morning America,” saying, “I think we made a mistake and it was something that will absolutely never happen again.” We’re willing to bet that it won’t.

Gravity of offense: She came off as a rich, privileged actress, but she didn’t say anything racist and certainly didn’t physically hurt anyone. 1/10

The rapper apologized to Taylor Swift after storming onstage to protest her best female video win at the 2009 VMAs. “I’m sooooo sorry to Taylor Swift and her fans and her mom,” he wrote in his blog at the time, and called the interruption “rude” on Jay Leno’s program. In 2013, however, West took back the apology, telling the New York Times Magazine, “It’s only led me to complete awesomeness at all times. It’s only led me to awesome truth and awesomeness. Beauty, truth, awesomeness. That’s all it is. I don’t have one regret. If anyone’s reading this waiting for some type of full-on, flat apology for anything, they should just stop reading right now,” Kanye said.

Sincerity: Well, he was sincere about taking his apology back? 0/10

Gravity of offense: It was rude, yes, but it was also just Kanye being Kanye. 2/10

A performance art piece named Shia LeBeouf apologized to “Ghost World” cartoonist Daniel Clowes for plagiarizing the artist’s work. He did so, reportedly, with more plagiarism, however. Things descended into madness quickly, when LeBeouf attempted to upend modern conventions of art, the Internet, the Twitter and the Celebrity, but mostly ended up upending himself.

Sincerity: He’s sorry that you don’t get art. None of you do. Only James Franco does. 2/10

Gravity of offense: Being annoying is not a massive offense. It’s just an annoying one. 3/10

Redemption Achieved?: No, but because it's a relatively minor offense, LeBeouf still maintains a pretty high rank.

This is a pretty good summary of the whole ordeal:

Eagles wide receiver Riley Cooper apologized to his teammates, fans and the American public in 2013 after he was caught on video uttering the N-word at a Kenny Chesney concert. The Eagles player was quick to go into damage control mode, hosting a press conference to say he was “extremely sorry” and that his parents, who raised him “way better than that,” were “disgusted.” Cooper, who entered therapy after the video surfaced and took a short break from training, seemed to take the entire incident pretty seriously.

Sincerity: Cooper addressed the issue head-on and immediately, took time away from the training, and entered into therapy. 9/10

Gravity of offense: He was caught making a racial slur once. Let’s hope it wasn’t a habit of his. 3/10

In 2009, David Letterman revealed that he was the target of an apparent blackmail attempt for having sexual relations with staff members. A week later, in a way that only the “Late Show” host can do it, he apologized to his wife, Regina, and his staff for having sexual relations. Letterman’s charm and wit was able to stamp out many of the allegations of sexual harassment that ensued, but it opened a door into the troubling private life of one America’s most venerated entertainers.

Sincerity: He certainly didn’t have to announce his private affairs on national TV -- Letterman gets credit for that, at least. 7/10

Gravity of offense: Still, sleeping with employees is pretty unethical -- and if there’s a question of consent, it’s illegal. 6/10

After losing her cooking show, key endorsements and a serious chunk of integrity, celebrity chef Paula Deen broke her silence and took to the Internet to apologize to America for her racist remarks -- twice, before making an appearance on the "Today" show. She seemed genuinely sorry, but in her recent comeback, months later, Deen demonstrated that she still doesn’t understand the real meaning of the words she used.

Gravity of offense: Her casual racism will probably never totally go away. 4/10

Redemption achieved?: The woman has lost a lot, so there is no point punishing her anymore. But that’s far from achieving redemption.

After using the N-word in an interview with Playboy magazine in 2010, John Mayer issued a teary-eyed apology to his fans at a Nashville concert -- sadly, the message he took away was “it’s just not worth being clever” and to “quit the media game” -- not, you know, a reexamination of why the N-word is even a part of his vocabulary.

Sincerity: He was moved to tears -- that’s got to count for something, right? 7/10

Gravity of offense: John Mayer said some crappy things, but on the scale of crappy, it’s sadly not the worst. 4/10

The poster boy for anger, Alec Baldwin continues to apologize for his hot temper and virulent, homophobic slurs, but it’s starting to feel hollow. And somehow, he’s always the victim.

Sincerity: Baldwin is only sorry that you were offended. 2/10

Gravity of offense: Considering there are multiple offenses here over several years, Baldwin’s fairly high on the scale. 7/10

"My ill-advised attack on George Stark of the Daily Mail had absolutely nothing to do with issues of anyone's sexual orientation. My anger was directed at Mr. Stark for blatantly lying and disseminating libelous information about my wife and her conduct at our friend's funeral service. As someone who fights against homophobia, I apologize."

The NFL player went to jail for running dog fighting rings, which included shooting and electrocuting them. “It’s wrong, I don’t know how many times I’ve got to say it,” said Vick flatly to CBS Sports anchor James Brown. “Do you understand why people are outraged?” Brown asked. As if he’s a little tired of this line of questioning, Vick responded, “I understand. It sickens me to my stomach.” That said, as Gail Collins pointed out in the New York Times, Vick also took responsibility for his actions, served his time, and apologized multiple times.

Gravity of offense: The downside is that, aside from, say, doing that to human beings, is there a more heinous crime? 9/10

For a brief hour or two, in between binge-drinking, picking fights, making disturbing sexual innuendos and trying to obtain crack cocaine, embattled Toronto Mayor Rob Ford took a quick moment to apologize to the people of Toronto before he started back up again. It was a precious moment that meant nothing, and then it happened, oh, eight or so more times.

Gravity of offense: Ford is wasting the taxpayers' money while treating substance abuse like it’s a farce. 7/10

If an apology is a P.R. move you make when you’ve run out of any other options, it probably isn’t sincere. Such was the case for the disgraced cyclist, who served up a lame apology on Oprah after years of denying that he’d been doping. His lies hurt not only his fans and sponsors, but all of the elite athletes who trained competitively without using performance enhancing drugs.

Sincerity: Maybe the least sincere apology in the history of man. His crocodile tears were clearly only a lament for his own glory. 0/10

Gravity of offense: Lying for years to reap tons of money and stay famous isn’t the same as killing or abusing someone, but it’s pretty bad. 7/10