Stephen Colbert is the next Oprah 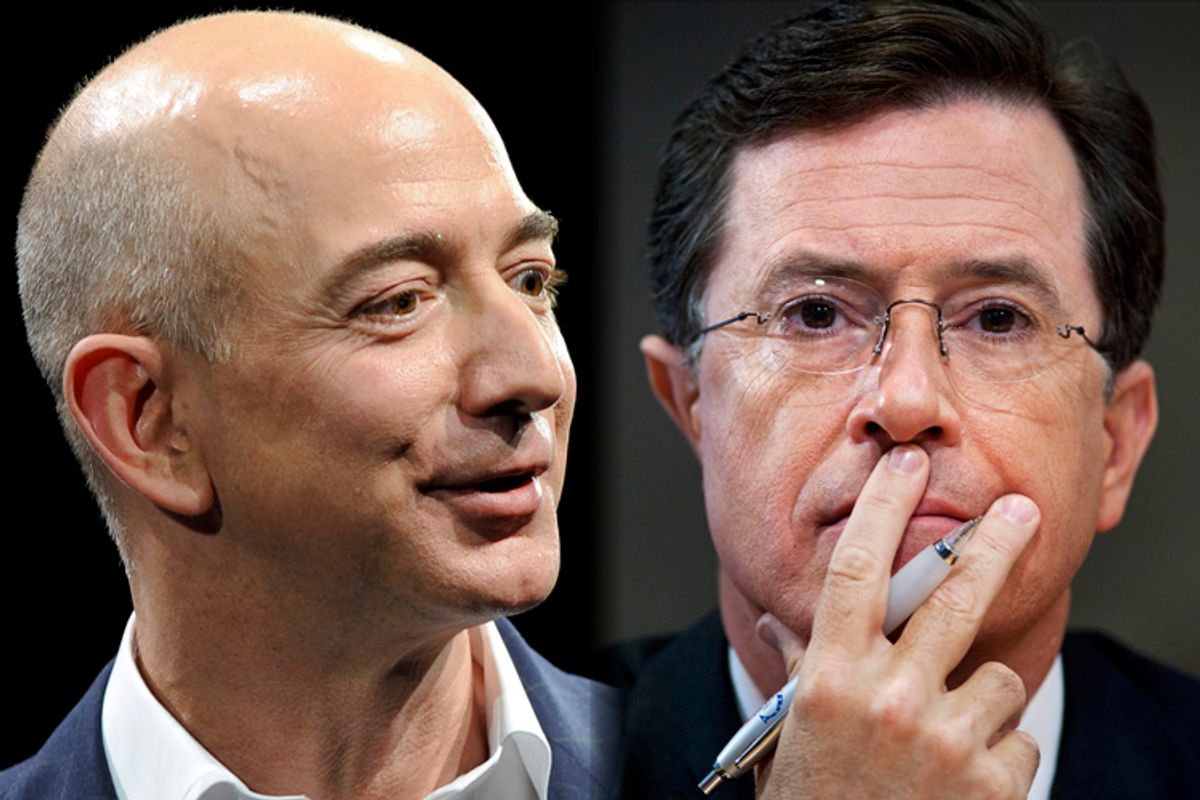 Last night, Stephen Colbert, describing "the game" that Amazon is playing with publisher Hachette, announced that he had made arrangements with Portland independent bookseller Powell's Books to sell copies of writer Edan Lepucki's debut novel "California" on his own website. The book apparently came to the host as a recommendation from National Book Award winner Sherman Alexie, who was a guest on "The Colbert Report" last night and whose books, along with Colbert's, are published by Hachette. And Colbert was sufficiently enraged by Amazon's strong-arming that he decided to take his own stance against the retail giant, cherry-picking one novel to vault into the cultural limelight.

Reached for comment, Lepucki said simply: "Today was nutty." But Colbert's intervention on this book's behalf seems pretty clearly to have worked. Powell's reports that the post-apocalyptic novel  is now its bestselling book in terms of pre-sales. There is no way to order "California" from Amazon, though the glowing reviews of the novel remain on the site. By all accounts, it's a worthwhile read in need of a little attention, and that attention seems to have come in a big way.

This latest gambit seems to offer proof that Colbert -- among the many other cultural hats he wears these days -- has also become one of our top literary tastemakers. In 2008, Juice Analytics explored the residual effects of authors' guest appearances on the late night program and found that, "In fact, being on the Colbert Report increases sales by 10 times on average," calling the phenomenon the "Colbert bump." With that much influence on the fate of literature, "The Colbert Show" might very well be the next Oprah's Book Club.