The real Bergdahl scandal: What about the other Gitmo detainees?

Prisoner swap proves Gitmo detainees can easily be released. So why on earth are they still imprisoned? (UPDATED) 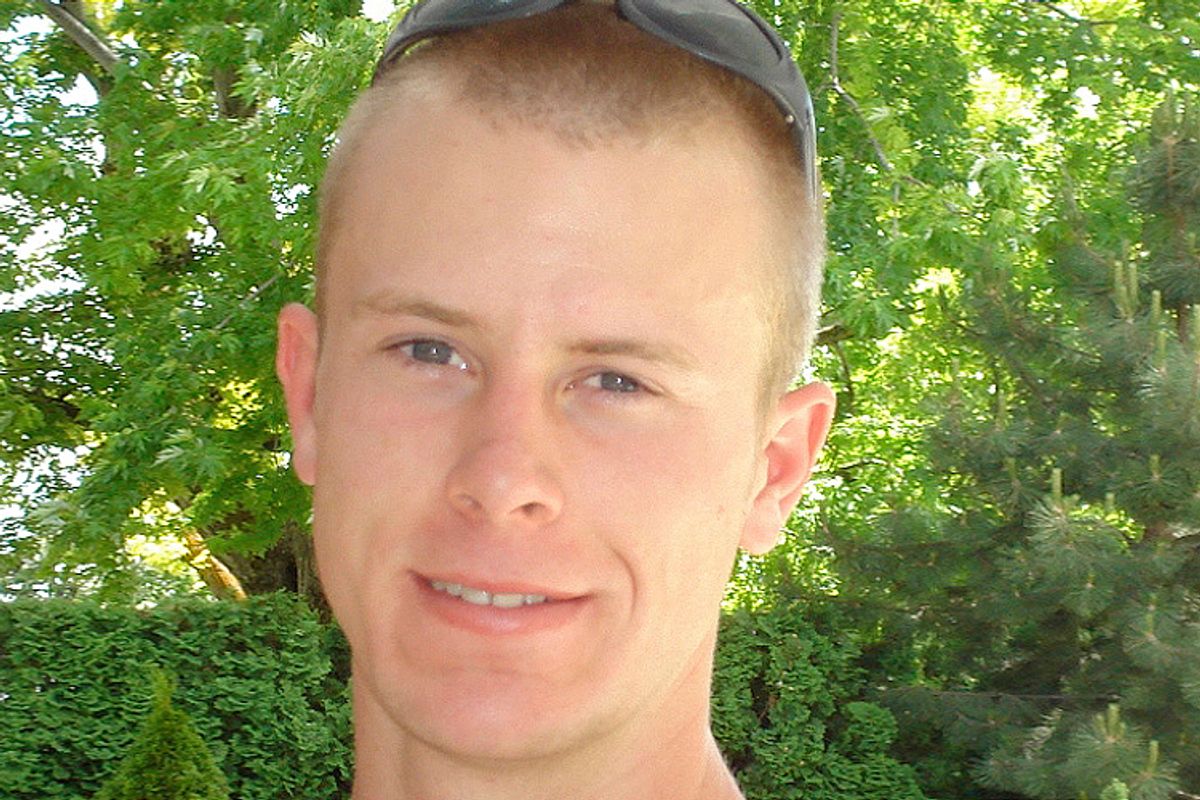 Last week’s highly publicized prisoner exchange conducted by the Obama administration suggests that, despite years of inaction, it is entirely possible to close the Guantanamo Bay Detention Center.  On Friday, the White House announced that it was going to transfer five “high ranking” Taliban officials in exchange for Sgt. Bowe Bergdahl, a U.S. Army soldier who was captured in Afghanistan by the Taliban almost five years ago. The five Guantanamo detainees, who were released into the custody of the government of Qatar, are prohibited from traveling outside the country for one year, after which point they will be free to return to Afghanistan.

Though Rep. Mike Rogers, R-Mich., is drumbeating about how their release poses threats to American soldiers for years to come, he needn’t worry. Simply put, those detainees can and will always be tracked — by drones, Internet, telecommunications companies, or simple house arrest monitors. As the Obama administration has demonstrated, it is as capable as it is enthusiastic, about droning any real or perceived potential threats to the U.S. (I do not endorse droning anyone, whether Taliban officials or U.S. citizens; I am merely reminding Rogers that, over the last decade, the U.S. has demonstrated through rather drastic examples and self-legitimizing bills such as the NDAA 2012 and 2013, its capacity to engage in global “peace-keeping” through whichever means it autocratically deems.)

This weekend’s news makes it clear that the Obama administration is able to release Guantanamo detainees without either soul-searching national conversations or congressional permission. As Jason Leopold and Glenn Greenwald point out, the White House does not view congressional authority as necessary in deciding whether and when to release Guantanamo detainees. If that is true, then it is unclear why the remaining detainees, especially those who have been cleared for release, are still imprisoned in Guantanamo.

It is difficult to understand why, for example, Shaker Aamer, a Saudi national brought to Guantanamo when it first opened but cleared for release in 2007, is still in prison. By several accounts, he was caught up in the dragnet accidentally. Journalist Victoria Brittain details the capture of Aamer in her book "Shadow Lives."  Aamer, an interpreter for some lawyers in England, had moved his family to Afghanistan five months prior to Sept. 11. The school where Aamer was teaching English was destroyed in November 2001. His pregnant wife and children fled to Pakistan to escape the chaos. Aamer, who had stayed behind to look after their house, was grabbed and traded to an armed group by bounty hunters, and eventually sold to U.S. forces for $5,000. Aamer, who was initially overjoyed to have been rescued by American forces, was moved to Bagram, and then on to Guantanamo, where he remains to this day, after a decade of torture and abuse.

Despite a vigorous campaign by Aamer’s family, his lawyer Clive Stafford Smith, and Aamer himself, there was seemingly no exit, at which point Aamer and and his fellow prisoners have gone on a deathly hunger strike. Rather than releasing him, the U.S. government responded with brutal force feedings (exemplified vividly in a clip recorded by rapper Mos Def). The status of the prisoners on hunger strikes are no longer communicated by the U.S. military as of December 2013, as the latter has determined that it was no longer in their own interest to do so.

So, why are five high-level Taliban detainees being released while Aamer and others — who present no security threat, according to the U.S. government -- are left rotting in prison? It could be due to several reasons.

First, it may be the case that the U.S. and the Taliban were able to agree on which third country would receive custody of the prisoners. For the U.S., the issue of closing Guantanamo has rested on the question of where to release the detainees. This question has more or less legitimacy, depending upon which moment it has been asked. Thus, when the U.S. was considering the release of several Uighurs of Chinese nationality who had been cleared, it rejected the offers of several Uighurs who were U.S. nationals to receive custody of these detainees. As Muslims and Chinese nationals, the Uighurs would undoubtedly have been persecuted had they been released to China. But even though it was clear that the Uighurs posed no threat to Americans, they were not released until countries like Palau, Bermuda, Albania, Slovakia and Switzerland agreed to receive them.

Although Aamer is a Saudi national, he has requested to be returned to the U.K., where he was living with his family prior to his capture. Aamer’s wife is a British national. Officially, the British government maintains that it is working on Aamer’s behalf. However, the record of British Home Secretary Theresa May tells a very different story. Under May’s tenure, the U.K. has developed a long and sordid track record of violating international law by stripping its own (mostly Muslim) nationals of citizenship when they have left the country. The Brits claim to be able to do this on national security grounds — many after those so stripped had been harassed to become informants on fellow Muslims by the MI-5, the British equivalent of the CIA. Gareth Pierce, a leading immigration lawyer, has likened this process to “medieval exile.”

Given this track record, we may have a defensible conjecture about what is preventing the Obama administration from releasing Aamer. It is worth noting that the inability to find willing recipient countries should not be a barrier for all 155 remaining Guantanamo detainees, and especially the 46 remaining who have been completely cleared for release, which is as close to a full exoneration of their guilt as the U.S. will admit. There are 30 others who have been cleared for “conditional detention,” and 73 others who have been neither charged, tried nor cleared.

But it may also be the case that, as a fluent English speaker, Shaker Aamer can clearly communicate and testify to the level and extent of extreme abuse that he and his fellow prisoners have endured at the hands of the U.S. government. As we’ve seen in the case of a number of other detainees, such as Moazzem Begg, who went on to found Cage Prisoners, the graphic record of abuse does the Obama administration, and the U.S. generally, no favors.

But for the U.S. to move toward a more humane future, it is time for us to come to terms with and rectify an abusive past.  Neither of the above reasons are good excuses to continue to keep Guantanamo open, at an extreme cost to taxpayers and to the men inside who have suffered extreme treatment – especially those who cannot be shown to be threats on the basis of their prior actions. The Obama administration has shown that it is perfectly comfortable making unilateral decisions on a range of fronts. Perhaps it should do so one more time for humanitarian and principled reasons of justice; it is time to release the remaining detainees now.