Bowe Bergdahl says he was tortured while Taliban prisoner

U.S. officials say Bergdahl told them of being held inside a small metal cage for weeks on end 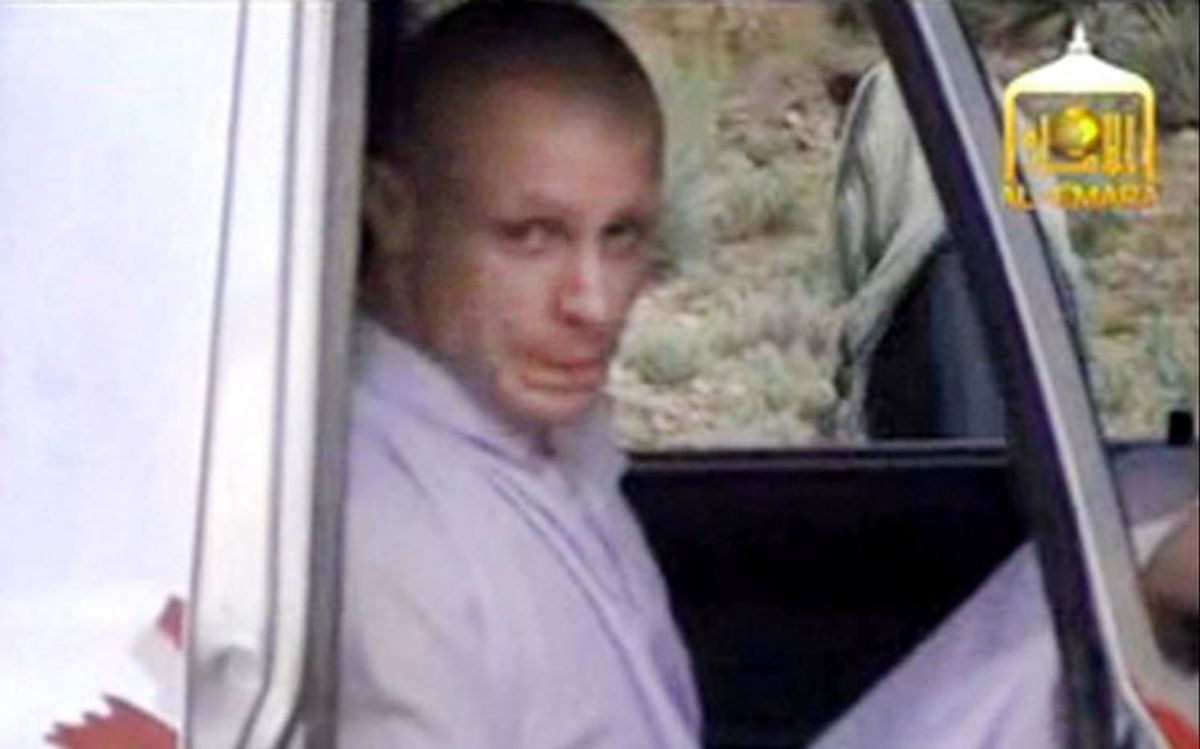 In this image taken from video obtained from Voice Of Jihad Website, which has been authenticated based on its contents and other AP reporting, Sgt. Bowe Bergdahl sits in a vehicle guarded by the Taliban in eastern Afghanistan (AP Photo/Voice Of Jihad Website via AP video)
--

According to an anonymous U.S. officials who spoke with the Associated Press, Sgt. Bowe Bergdahl — the former POW of the Taliban who was traded recently for five Taliban leaders, sparking Republican outrage — has told government authorities that he was tortured and beaten during his nearly five years of captivity.

The official said Bergdahl's claims are difficult to verify, but relayed that the soldier, who has been accused by many on the right of being a deserter, traitor and possible jihadist, has recounted being punished for attempting to escape with beatings as well as being trapped inside a small metal cage.

According to a report from the New York Times, Bergdahl said he was kept in the cage, in the dark, for weeks at a time. Doctors say that while he is physically healthy enough to make the military hospital in Germany where he's currently recovering, he is still not emotionally or psychologically prepared to more fully integrate himself back into the wider world.

“Physically, he could be put on a plane to the U.S. tomorrow, but there are still a couple of mental criteria to address: the family unification piece and the media exposure piece,” an American official aware of the sergeant’s condition told the New York Times.

From the initial briefings given to senior military and civilian officials in the past week, Sergeant Bergdahl, 28, in some ways seems healthier than expected. He suffers from skin and gum disorders typical of poor hygiene and exposure, but otherwise is physically sound, one official said. He weighs about 160 pounds on a 5-foot-9 frame, and is sleeping about seven hours a night.

He shows few if any signs of the malnourishment and other ailments that Obama administration officials said he was suffering when they saw a video of him that the Taliban made in December and released a month later — a video so alarming, American officials have said, it made his release an urgent priority. As talks for Sergeant Bergdahl’s release proceeded after that, his captors may have fed him better, allowed him greater movement and even brought him medical care in preparation for his departure, American officials said.