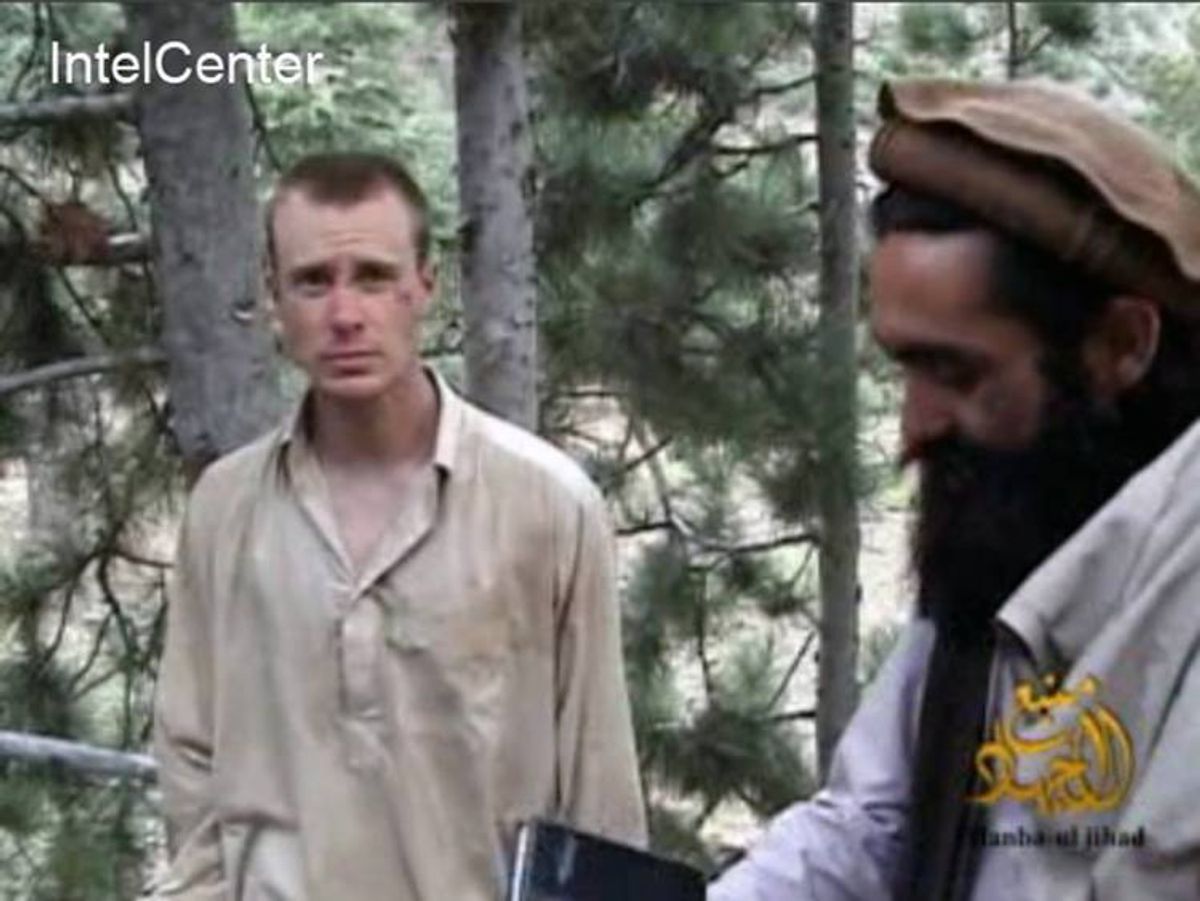 This image made from video released by the Taliban and obtained by IntelCenter on Dec. 8, 2010, shows a man believed to be Bowe Bergdahl at left (AP Photo/IntelCenter)
--

While speaking with former Attorney General Michael Mukasey on Fox News Sunday, host Chris Wallace asked if executing Sgt. Bowe Bergdahl should be "at least on the table" once the former POW returns home.

Before pondering whether or not the just-released prisoner should be killed, however, Wallace asked Mukasey to weigh in on whether or not Bergdahl is guilty of desertion, as many conservatives and some of Bergdahl's former platoon-mates have said.

"From what you know so far, is Bergdahl guilty of leaving his base without permission, being absent from his post?" Wallace asked Mukasey. "Is he guilty of being a deserter, is he guilty of being a defector? And after five years of captivity — some people initially said, 'Well, that’s enough' — should he face the appropriate punishment if he is found guilty?”

Mukasey refrained from rendering a definitive judgment and reiterated that Bowe's guilt should be proven before discussions of punishment were justified. Still, he said, "Desertion is a very serious offense. It carries a penalty — if it’s done in wartime — that includes possibly the death penalty. At the end of World War II, we executed a U.S. soldier, in January of 1945 for desertion."

Responding to Mukasey's raising the possibility of execution, Wallace followed-up and asked, "[Y]ou believe the death penalty should at least be on the table for Bergdahl?"

Mukasey then backtracked, saying he was not advocating for capital punishment but was instead merely providing "some indication of the seriousness of which the military does view and should view desertion.”

You can watch the interview below, via the Raw Story: