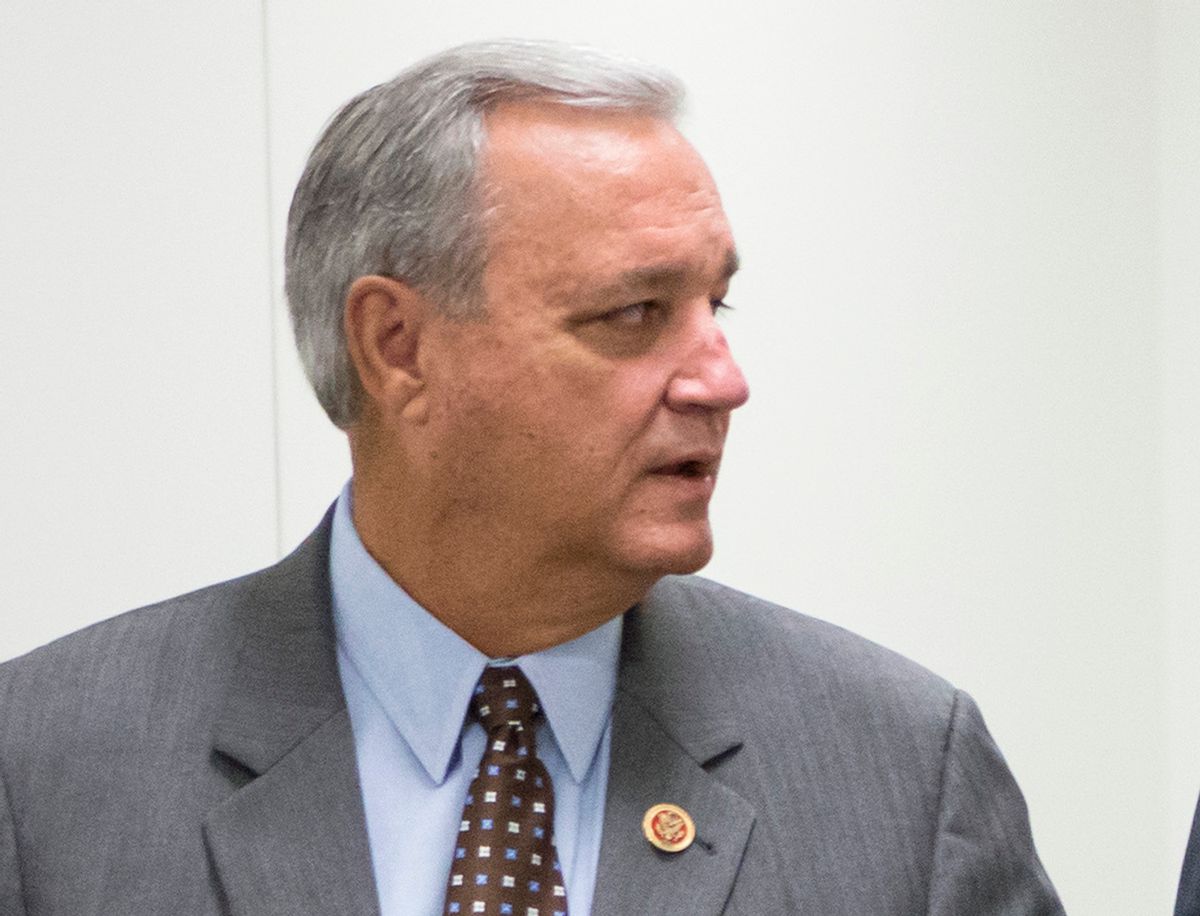 Rep. Jeff Miller, R-Fla., appeared on MSNBC Monday to educate people who listen to scientists about how foolish they are.

Presented with a poll showing that Floridians, on the issue of climate change, trust scientists over climate denier Marco Rubio by a margin of 56 to 33 percent, Miller was unfazed. "Well, I think anybody would answer a poll and say that they believe the scientists, but you have to understand that it is not settled science," he told host Richard Lui. "The issue of climate change has been happening for a long time, and for us to be able to think that we, as matter of fact, can change what's going on right now to any substantive measure is really kind of foolish in my opinion."

Yes, Miller said, the climate is changing, but he refused to admit that there was anything alarming, or even new, about the phenomenon. If climate change is man-made, he said, "Then why did the dinosaurs go extinct? Were there men that were causing -- were there cars running around at that point that were causing global warming? No. The climate has changed since Earth was created."

This, of course, is a tired argument that chooses to ignore a staggering amount of scientific evidence to the contrary. To suggest that simply because climate variation occurred naturally in the past, it therefore can't occur unnaturally now, is a logical fallacy -- and, dare I say, a bit foolish.

What we're looking at, as the Washington Post's Greg Sargent recently noted, appears to be the new face of GOP climate denial. It's now OK to acknowledge that the climate is changing -- because, you know, it's kind of tough to deny something that's happening right outside your window -- so long as you refuse to admit that we puny humans could possibly have anything to do with it. Because that would mean we have to do something about it.

Watch Miller insult the intelligence of his constituency below: