Scientific innovation plus sexual health: These condoms could be tough, safe and still feel great 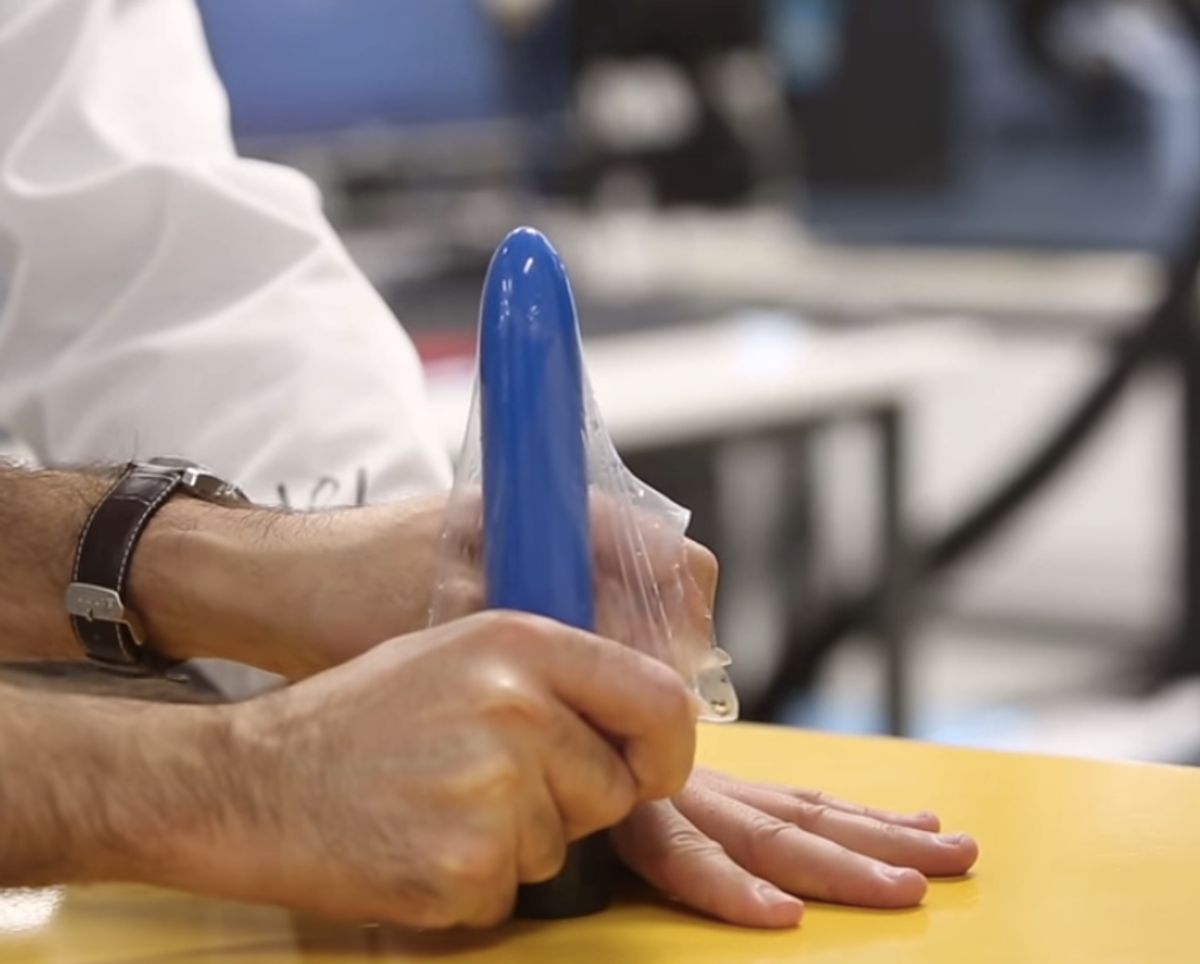 Updated to include more information from Dr. Grokin from the University of Wollogong:

The next generation of condoms may be self-lubricated and actually enhance pleasure. At least that's what researchers at the University of Wollongong, in Australia, are aiming for. They're winners of a grant from the Bill and Melinda Gates Foundation, one of the 52 out of over 1,000 who entered a challenge to design the next generation of condoms.

In March of 2013 the Bill and Melinda Gates Foundation announced a campaign to spur innovation in sexual health: The 11th round of the Grand Challenges Exploration was to "Develop the Next Generation of Condom." The goal was to create a condoms that does the following:

"...significantly preserves or enhances pleasure, in order to improve uptake and regular use. Additional concepts that might increase uptake include attributes that increase ease-of-use for male and female condoms, for example better packaging or designs that are easier to properly apply. In addition, attributes that address and overcome cultural barriers are also desired."

Basically, develop a simple condom that feels good, which facilitates condom use during sex -- with the ultimate end-goal of preventing sexually transmitted infections and unwanted pregnancy. Winners would be awarded a $100,000 grant.

Back in November of 2013, 11 grant recipients were named. And last week, via YouTube, researchers at the University of Wollongong announced that they were creating a condom backed by a $100,000 grant from the Bill and Melinda Gates Foundation.

And now for the main attraction: the condom. According to a release from the university, a team led by Dr. Robert Gorkin is researching using hydrogels to make condoms.

What the heck is a hydrogel? If you wear certain kinds of contact lenses, you already have some experience with a type of hydrogel. "Hydrogels consist of pretty much nothing but water held together by a very small amount of long molecular chains called polymers," reads the fact sheet. "Hydrogels are soft (think squishy) and wet materials with properties similar to those of body tissues." (MIT has a cool PDF about hydrogels, if you want to learn more.)

Hydrogels are versatile, and the researchers hope to make one that is more like human skin, thin yet tough and transparent. Also, those who are allergic to latex would be able to use this condom.

The downsides thus far are that it is a bit more costly to make these than latex protection; however, research is being done into using 3-D printing to create the condom. Traditional latex-making methods could also be used to produce hydrogels. The researchers explain:

Salon has reached out to the University of Wollongong to see if any specific research has been done about the effectiveness of hydrogels in preventing sexually transmitted infections and unwanted pregnancy versus latex condoms, and will update accordingly. UPDATED: In an email Dr. Robert Gorkin explained that it is part of their grant to test and examine how good these hydrogels are at preventing STDS and pregnancy.

"Safety is paramount in this work – so  our plan is to test the barrier properties of tough hydrogels using similar approved standards for latex gloves and condoms," Gorkin explains. "Dr. Jason McArthur, our microbiology expert is leading that work."

He also explained that tough hydrogel, in general, is relatively new -- developed by their lab at UOW and other labs around the world in around the last ten years.

"Our preliminary research has indicated that this class of materials show promise, however we have been funded to find the right tough hydrogel that has the strength and durability needed for sexual activity, that is an appropriate preventative tool, and hopefully has a better feel as well," Dr. Gorkin wrote. "It's quite a challenge to get this blend right -- but I can say we are excited and honoured to be a part of the BMGF program and are well underway."

The hydrogel itself "is some of the most biocompatable" material out there, according to the researchers. The next step is not just to create the condom, but also to challenge the cultural perceptions of condoms. "Once we have a material that is strong, safe and potentially more pleasurable we will need to move from a situation of 'having to' wear a condom to 'wanting to' use one," the university wrote.

h/t The Verge, University of Wollongong