The age of "gymtimidation": What your gym says about you

Are you an Equinox or a Crossfit? A NYSC or a Planet Fitness? How gyms became the high school cliques of urban life 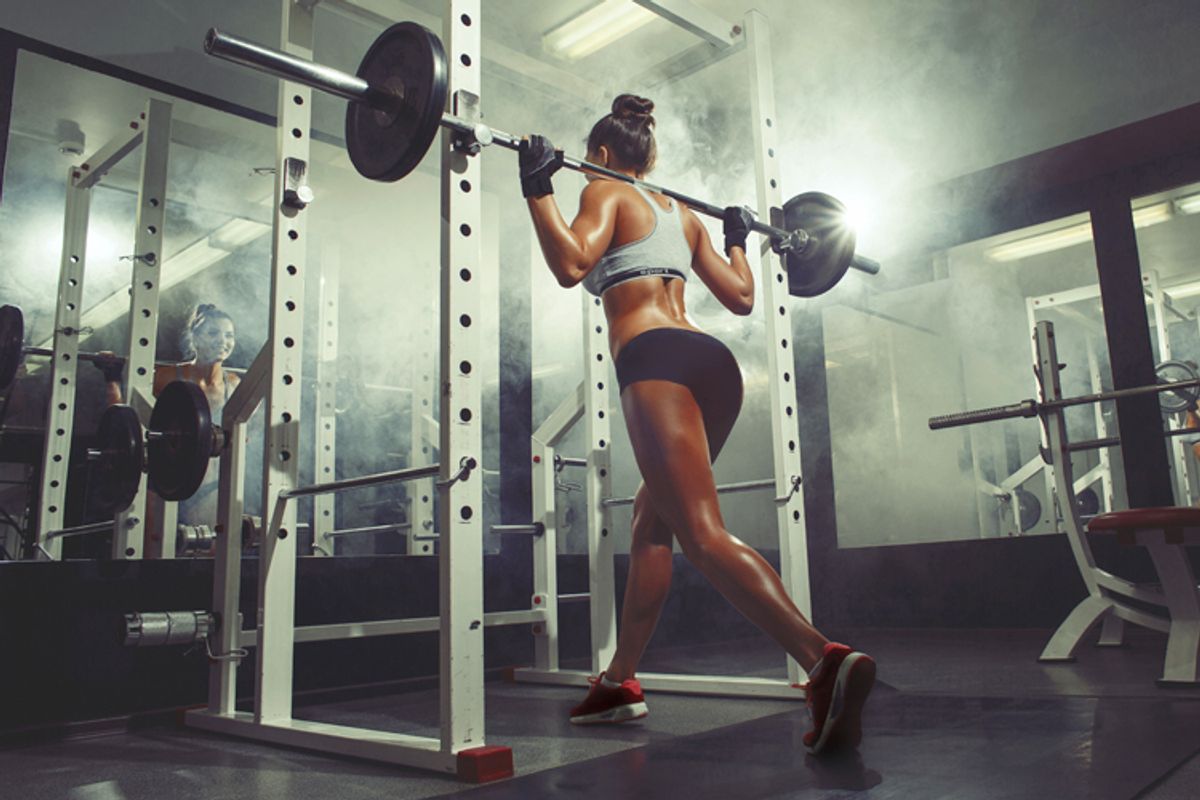 My gym, Planet Fitness, gives away free pizza, bagels and Tootsie Rolls on a regular basis. It prides itself on being “The Judgment Free Zone.” A huge yellow sign on its wall reads “NO CRITICS.” When I first joined Planet Fitness and the employees told me about the free food frenzy, I thought, “Great, now I won’t have to buy groceries.”

However, when I share this information with the people in my life, I often get mixed responses. Some are just as amped up as I am. We give each other windmill-high-fives and discuss the singular joys of post-workout carbs. There are others, though, who are understandably perplexed by this practice. “That seems a bit counterintuitive to me,” they say, smoothing their Lululemon yoga pants and draining the last sips of their gingko juice.

To be fair, Planet Fitness only serves bagels once a week and pizza just once a month. Apart from the Tootsie Rolls, which are always overflowing. And even I can admit that all this seems like an obvious gimmick, a way for Planet Fitness to distance itself from other gyms. But you can’t really blame them. These days, there’s a whole complicated cultural taxonomy of gyms. It seems that every workout facility has some kind of “thing,” some P.R. trick to attract a specific set of committed followers. The fitness marketplace has become so specialized, in fact, that I would liken gyms' branding techniques to high school cliques. It’s as though each gym has selected a character from “The Breakfast Club” on which it has based its entire marketing strategy, never to see eye-to-eye until they are forced together for a Saturday detention.

First, there are the classic “Jock Gyms,” or the “Emilio Estevez Gyms,” if you will. These are facilities with pumping music, glistening musclemen and terrifying names like Crunch and Gearshift (I made that last one up, but I bet it exists). These gyms laugh in the face of Planet Fitness’ pizza parties, gulping from vats of protein powder and benching murderously. Where Planet Fitness boasts the slogan “No Gymtimidation,” Gold’s Gym declares, “KNOW YOUR OWN STRENGTH.” And if I were you, I would watch out for Crossfit gyms, because they flip tractor tires for fun.

Then, of course, there are the “Bougie Gyms,” the more high-end, pricey facilities that I imagine would be patronized by the Molly Ringwalds of the "Breakfast Club" gym world. These are the gyms with a major emphasis on amenities like spa packages and a minor emphasis on sweating. In New York City, where I live, there is Equinox and the New York Health and Racquet Club. (Equinox’s website declares: “It’s not just a gym. It’s a temple of well-being.”) I am not saying that real exercise does not happen here. In fact, I walk by several of these establishments regularly and I am always mesmerized by the beautiful people outside encased in spandex, none of whom have any visible muscles but all of whom have impeccable hairdos and very high butts.

In contrast to these gyms, you can find the middle-of-the-road crowd at the ever-popular “Bare Bones Gyms.” These are the no-frills facilities with nothing but the basics: some weights, some mirrors, maybe a machine here and there -- thazzit. At New York Sports Club, the closest thing you’ll get to a perk is a busted water fountain. And in my neighborhood in Brooklyn, there are even no-frills mom-and-pop gyms sprouting up all over the place, and for good reason, as they can usually fit in spaces that were previously occupied by bodegas.

In the rundown of high school clichés, I suppose Planet Fitness would be the basket case of the bunch, sitting alone in the lunchroom. It is in a camp I like to call the “Come As You Are Gym,” and it’s not the only one, by any means. Places like Curves and Lucille Roberts (which could also be categorized as the “You Go Girl Gyms”) brand themselves with body-acceptance language and advertise their low-pressure atmospheres. These are companies that were created for those who are put off by showmanship, those who are uncomfortable bench-pressing next to men who look like The Rock.

It is this idea that prompted Planet Fitness to start using the word “gymtimidation,” a term meant to describe the intimidation one might feel upon entering a “typical” gym setting. And these guys at Planet Fitness are pretty serious about keeping things fairly un-gymtimidating — almost maniacally so. Each location is equipped with a “Lunk Alarm,” which is activated whenever someone is being too extreme with his or her workout theatrics. In my time as a member, I have sadly never been present for the sounding of the “Lunk Alarm.” I would be genuinely surprised if it ever happened, considering 60 percent of the people there wear Crocs and can’t figure out how to use any of the machines.

While I have mercifully never experienced it at Planet Fitness, the idea of “gymtimidation” is one that resonates with me. The first gym membership I ever had was at the rec center of my college, and I guess only technically so because it was included in my tuition. The first time I walked into the workout room, I fumbled with my keys, water bottle, wallet and towel as I made my way toward rows of occupied machines. I watched gazelle-like women stride on ellipticals as their perfect hairdos bounced merrily atop their heads. Others lifted weights while squatting in front of a mirror, never blinking, never daring to lose eye contact with their own reflections. In another section of the room, there were women performing biologically impossible maneuvers on large mats on the floor. By comparison to these gym goddesses, I felt inferior, to say the least.

Because that wasn’t my gym. Like it or not, I am a woman made for Planet Fitness. Feed me your Tootsie Rolls, Planet Fitness; take my $10 a month so I can hit the treadmill and pant through an episode of “Jeopardy” before capping off my workout with – god willing – some pizza.