Yes, men, you can be feminists

The New York Times is the latest to ask the obvious 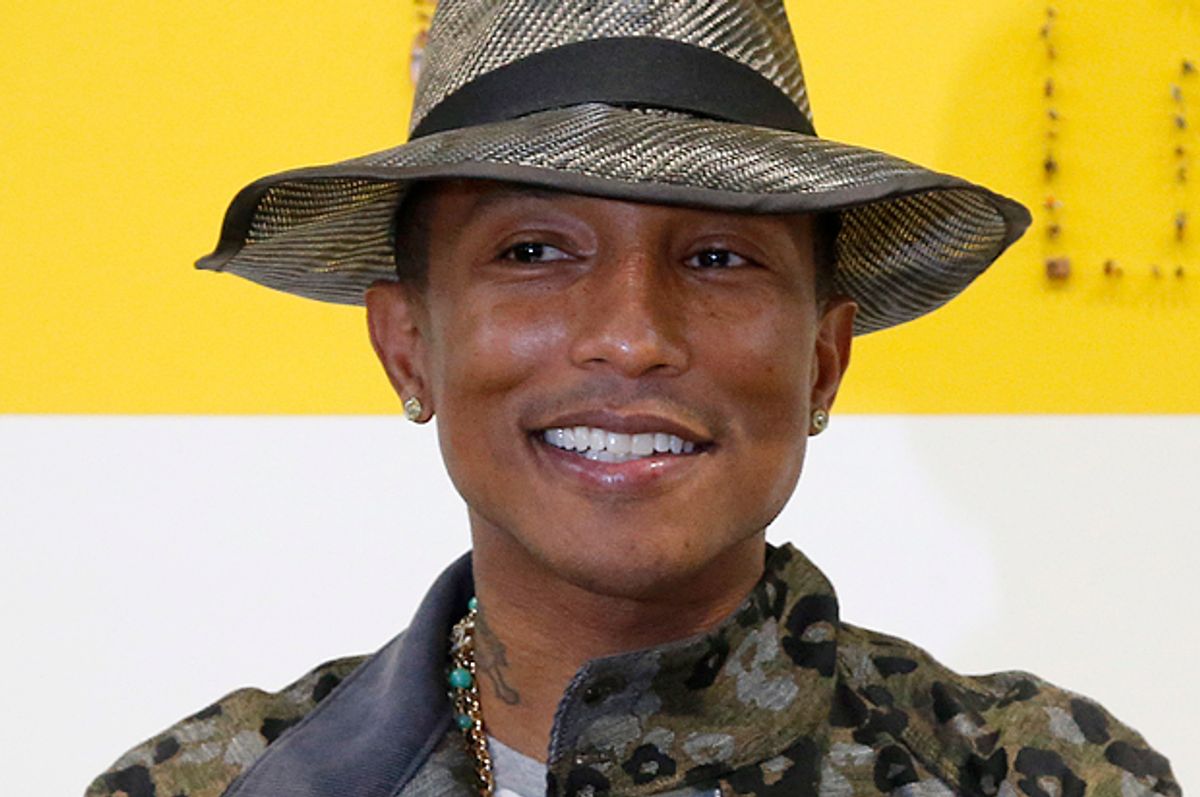 Here's the short answer: Yes. Here's the slightly longer answer: DUH, yes. And here, longer still, is where I try to explain to you why I cannot believe the question "Can a man be a feminist?" even still has to be asked.

The latest version of the "But is it humanly possible to have a penis AND be actively involved in the safety and well-being of women in the world?" conundrum ignited last month, when Pharrell admitted in an interview, "I’ve been asked, am I a feminist? I don’t think it’s possible for me to be that … I’m a man. It makes sense up until a certain point. But what I do is — I do support feminists. I do think there’s injustices. There are inequalities that need to be addressed." And it's nice enough that Pharrell wants to "support" feminists. He even added that "I’d love to see a woman run the country. Historically this world has been run by a man, and what would a world be like if 75 percent of our world leaders and prime ministers were female? What would that world be like? We do not know because we haven’t given it a shot. We’re too busy telling them what they can or can’t do with their bodies." But Pharrell's declaration that he didn't think it was "possible" for him to be a feminist opened up the question yet again.

In a thoughtful piece for the Atlantic last week, Noah Berlatsky explained why he calls himself a feminist, framing the conversation around the high price men and women alike pay for misogyny, and giving the "What's in it for guys" argument. "Misogyny is a cage for everyone," he wrote. "When I call myself a male feminist, I'm not doing it because I think I'm going to save women. I'm doing it because I think it's important for men to acknowledge that as long as women aren't free, men won't be either." And in the Advocate, Katelyn Hilsenbeck and Rebecca Gaulke stated, "If you’re male and not a feminist, you’re not helping. In fact, you’re perpetuating the problem."

Now, the New York Times has come on board, pondering, "Who is the male feminist? Perhaps we should first ask: Does he even exist?" I don't know about that one. Should we? Really? Because I looked at my watch and it said 2014. In his piece, writer Jake Flagin cited the sad fiasco of Hugo Schwyzer, last year's flashpoint for the "Can men be feminists?" debate and 2013's poster child of how not to be a male feminist. He further noted that even ladies – like Medium writer Sarah Ali and XOJane’s Meghan Murphy – have in the past year written pieces questioning "the myth of the male feminist" and men and "their so-called feminism." And citing Berlatsky's Atlantic piece, he observed, "Even those styled as such acknowledge the label as occasionally problematic."

From reading the Times, you'd get the sense that the only label more "problematic" than "feminist" is "male feminist." Yet just this January Joseph Gordon-Levitt called himself, "feminist, absolutely," and the earth did not spin off its axis.  Last year, John Legend expressed a similar sentiment, stating that "All men should be feminists. If men care about women's rights the world will be a better place." So in response to the Times' question of whether or not male feminists exist, I'd say, unless you don't believe in Joseph Gordon-Levitt and John Legend, it would appear so.

Yet aside from the obvious evidence all around us that there are men – just as there are, amazingly, women – who are perfectly content to call themselves feminists, I find myself amused at these tales of male flinching at feminism because of fear of women's "anger," or of labels that are "problematic." And when Guardian writer Ally Fogg wrote last year at the time of the Schwyzer debacle that he'd decided to distance himself from the word "feminism" too, because, "I find it hard enough to be a good person, without also having to worry about being a good feminist," I had to wonder what his vision of a good feminist even is. Plenty of us who aspire to be good people and good feminists still disagree about what that looks like. So what? We roll up our sleeves and we fight and we try to move forward. You're afraid of "problematic" labels? Excuse me while I toss my head back and laugh – HA HA! -- feminists argue about what is and is not "problematic" so much it's actually one of our little jokes.

And speaking of jokes, you know, it's funny how you really don't hear a whole lot of, "Whoa, sorry, what do you, mean, do I want to advocate for marriage equality and LGBT rights? Gays are great and all but I'm straight so, ya know." You don't hear a lot of, "I guess racism is bad but I'm white so, guess you're on your own. Sorry!" But somehow we've allowed feminism to become a controversial concept, a sneaky, gotcha-style "Do you consider yourself?" question lobbed at celebrities to gin up page views, and a movement that we debate whether men can participate in. Honest to God, it makes me want to get in a time machine, go back to a women's rights movement rally in the '60s, and tell everybody, "Not to be bum you out but your grandchildren are still going to be fighting over this stuff. Good luck!"

Whatever the human rights cause, we all can say, "My experience is not your experience and my struggles are not your struggles, but we can be allies." Because in case you hadn't noticed, our ongoing cultural hatred of women is not going so well for anybody. It manifests in shooting sprees  and rollbacks on reproductive rights and wage gaps and all kinds of other ways. And if you're scared of the discomfort of a label, I'd invite you to imagine what it's like to be afraid just to walk to a toilet. Feminism isn't always easy or polite or a choir full of heads nodding in assent. You get in fights. You maybe make enemies. I'm sorry, did anyone promise you that this would be like tea time at the American Girl store? You feel like banging your head against the wall when some jackass sends you a rape threat or George Will opens his dumb, privileged mouth. Because it's hard, sometimes heartbreaking work. Every. Single. Day. Does that sound challenging? Intense? Welcome to feminism. It needs everybody. So the only real question is, are you man enough for that?