The right is up in arms over exchanging prisoners with the enemy. They clearly know nothing about American history 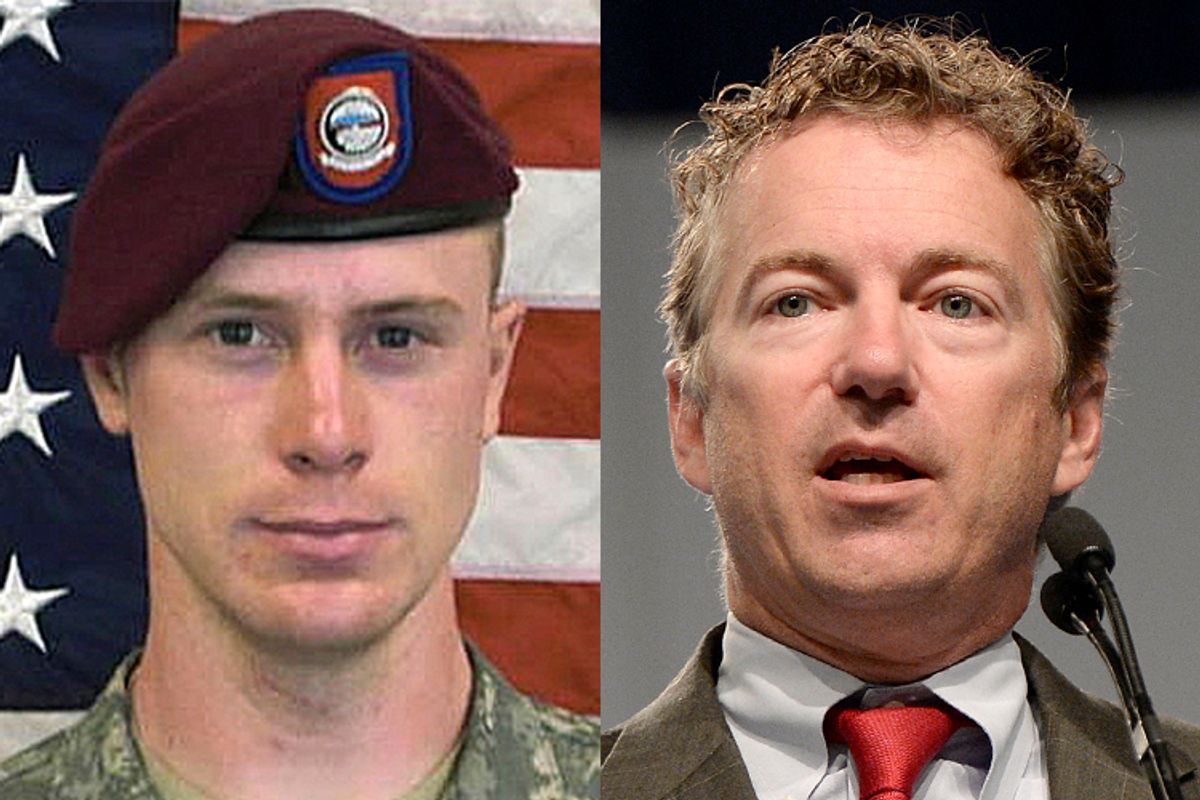 America is exchanging prisoners with the enemy! It’s an outrage! That’s been a constant refrain of GOP critics since President Obama traded five Guantánamo Bay captives for U.S. soldier Bowe Bergdahl, who was released by the Taliban on May 31. But the most basic history lesson reveals that there’s really nothing new — or outrageous — about wartime prisoner exchange, as Bergdahl’s own Republican congressman has acknowledged.

“If you look historically, at the end of any conflict, you have a swap of prisoners,” Rep. Raul Labrador, R-Idaho, told a local radio station last week. “So I would suggest that anybody who’s being hyper-critical about this, they should look at the history. This has happened before.”

He’s right. Prisoner exchange dates to the founding of the United States, when Americans traded war captives with their British foes. And it has persisted since then, for a very good reason: It’s humane. On the cruel and brutal sea of war, prison exchange remains a beacon of compassion and benevolence.

Let's look at the history. During the War of Independence, thousands of Americans languished in filthy British prison ships. American Gen. George Washington corresponded frequently with his British counterpart, Gen. Lord William Howe, to liberate as many prisoners as possible.

In America’s next conflict with Great Britain, the War of 1812, the two countries devised an elaborate formula for calculating the exchanges. An admiral or general was worth 60 infantrymen, for example, while a vice admiral or lieutenant general could be swapped for 40.

The countries also designated specific harbors and ports for prisoner exchanges, where ships flying truce flags could enter safely. They even agreed that to provide their respective captives with a daily ration of one pound of beef or 12 ounces of pork, plus allotments of bread, peas, rice and potatoes.

During America’s bloodiest conflict, the Civil War, prisoner exchange became ubiquitous. Eager to remove its soldiers from Southern hell holes like the Andersonville prison, the Union paroled or exchanged over 300,000 Confederate captives between 1861 and 1863; roughly half that number of Union soldiers were exchanged by the Confederacy.

But the system broke down in 1863, when the South refused to exchange African-American prisoners who had joined the Union army. Doing so would have tacitly acknowledged their equality with other captive soldiers, which in turn threatened the cornerstone of the Confederacy itself: white supremacy.

In the brief Spanish-American War of 1898, the only Americans to fall into enemy hands — a ship crew captured off the coast of Cuba — were quickly swapped for Spanish captives. And all of our subsequent wars featured ample prisoner exchange, as well.

That’s not to say that the process was always simple or tidy. During the Revolution, for example, Gen. Washington denounced state militias that traded thousands of British captives for small numbers of Americans; he thought that gave the enemy an unfair advantage. But with the nation in its infancy, there was little he could do to stop the states from bargaining on their own.

Union Gen. Ulysses S. Grant suspended all prisoner exchanges in 1864, as the momentum of the Civil War shifted toward the North's favor. That might have been sound military strategy, but it was cold comfort to the Union soldiers who continued to suffer in deadly Confederate prisons.

Indeed, like all wartime decisions, prisoner exchanges are fraught with moral complexity. Several Americans reportedly lost their lives in the quest to find Bergdahl, who appears to have deserted his unit. On military websites, some of his fellow soldiers have questioned whether freeing five prisoners was too high a price to trade for him.

Others have argued that the Taliban fighters are "terrorists," with whom the United States should never negotiate. But our earlier enemies were also unsavory -- remember those British prison ships? -- which is precisely why we bargained with them. The alternative was to leave Americans in the hands of a vicious foe, which is no alternative at all.

As GOP critics correctly note, there's no guarantee that the freed Taliban prisoners won’t take up arms against the United States and its allies. But, aside from the fact they were scheduled for release in 2015 anyway, that’s a danger in all such exchanges, going back to the birth of the republic. And it’s a risk we need to take, to protect the people who have signed up to protect us.

I’ll let others be the judge of Bowe Bergdahl, who has to live with the choices he made. But at least we know that he will live, thanks to the choice that our president made. It was in the best American tradition. And it was exactly right.