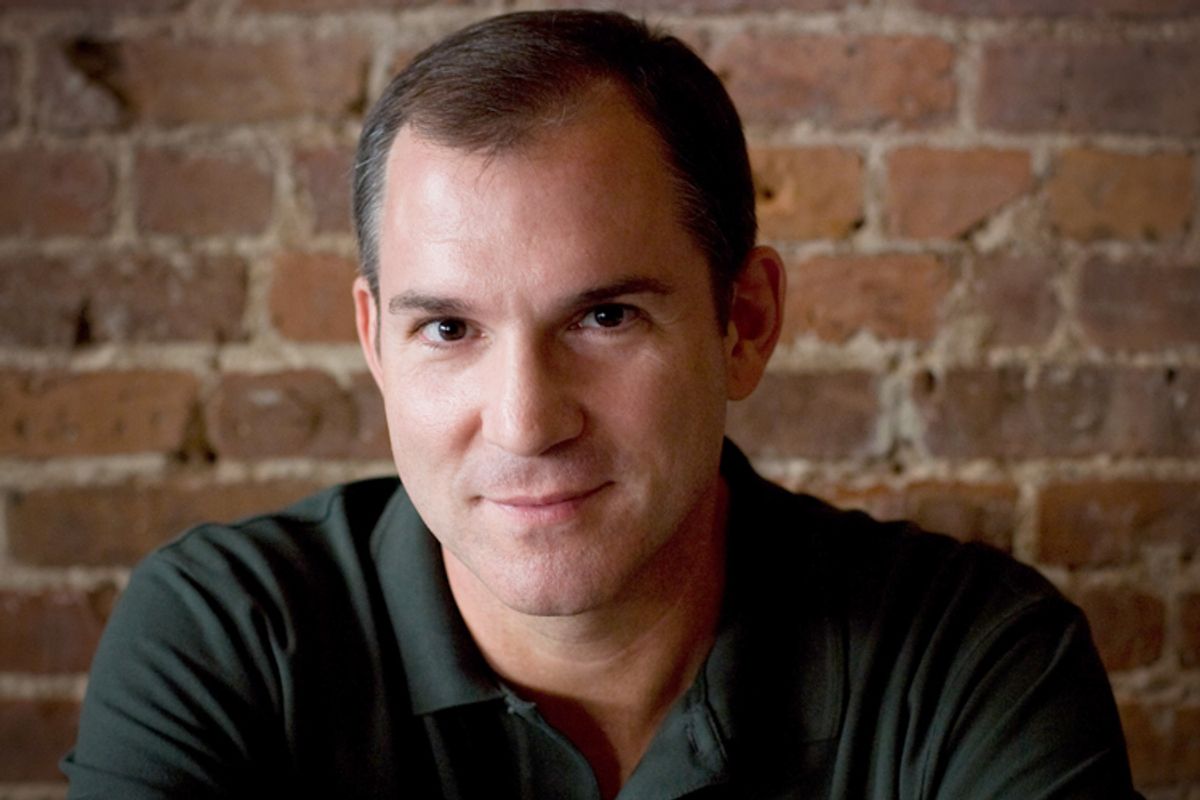 The piece starts off encouragingly enough, with Bruni deftly mocking baby boomer columnists who write screeds against the "millennial" generation: "Oh, the hours of fun we have, marveling at their self-fascination and gaping at their sense of entitlement [...] prompting us to wonder afresh about the havoc they’ll wreak on our world. We have a hell of a lot of nerve, considering the havoc we’ve wrought on theirs."

While he's hardly the first to say it, it's nice to hear a baby boomer acknowledge the hypocrisy of baby boomers attacking young Americans -- particularly for the sin of narcissism, invented and perfected by the baby boomers themselves.

But then the piece starts to completely fall off the rails.

Bruni's piece is essentially an extended excuse to shame his affluent, socially liberal readership in hopes of making them care more about reforming Social Security and Medicare. He does this by attempting to conflate climate change, a real generational crisis, with a fake one: entitlement "reform." Bruni goes wrong here -- monumentally, obnoxiously wrong: "The country’s slowness to deal with swelling seas and melting glaciers is just one manifestation of our myopia, just one metaphor for our failure to reckon with the future that we’re visiting upon today’s children, who get more lip service than legislation from us."

Though it will take him two more paragraphs to get there, he's writing, of course, about "entitlement reform."

"Care about climate change?" he seems to ask, "Then surely you must care about entitlement reform! The two are basically the same!" Excuse me if I don't rate "fixing a potential budget shortfall decades down the road" on the same level as "the coming sixth extinction." But at least Bruni acknowledges that climate change is, at its core, an intergenerational issue. That's a hugely important admission from the "paper of record's" often problematic opinion page.

And yet, while Bruni's light style was great for restaurant reviews, it comes off as monumentally tone-deaf and smug when attempting to handle a topic as deadly serious as climate change:

For decades they’ll be saddled with our effluvium: a monstrous debt, an epidemic of obesity, Adam Sandler movies. In their lifetimes the Atlantic will possibly swallow Miami Beach (I foresee a “Golden Girls” sequel with dinghies and life preservers) and the footwear for Anchorage in February may be flip-flops. At least everyone will be saving on heating bills.

Pardon me if I take some small measure of offense at conflating the "effluvium" of Adam Sandler movies with the total destruction of the city of Miami. But I guess if you're a middle-aged, affluent writer for the New York Times, catastrophic climate change is just a punch line, a fun excuse to make a "Golden Girls" joke. For those of us who see projections about the global climate in the year 2050 and immediately start doing the math to deduce out our own ages, it's hard to find the humor. (I'll be 65 if I make it to 2050 -- no spring chicken, but young enough that I'd rather not bear witness to the widespread drought, famine and subsequent global destabilization that follows.) For those people with young children -- primarily millennials, of course -- the stakes are even higher.

There are other measures of "generational equity" that Bruni fails to account for as well. By never mentioning the student loan debt crisis, the automation of jobs, or the long-term unemployment crisis, Bruni is able to frame his entire argument around the perceived "intergenerational wealth transfer" caused by expanding social welfare programs.

Is there some unwritten rule that states that all center-right liberals who grouse about generational equity must immediately raise the the shibboleth of entitlement reform?

With his prominent platform at the New York Times, Bruni has the ability to credibly promote any number of pragmatic initiatives to help young people struggling today. He should talk with the folks at "Young Invincibles," who've suggested a litany of sensible, moderate proposals to help boost the economy while training young Americans for good jobs.

Of course, the notion that our elders are "screwing" young Americans with "unfunded liabilities" is not new to Frank Bruni or the Times opinion page. As I've written before, the campaign to convince the American public that our social welfare programs must be "reformed" to avert catastrophe has lasted for decades, stretching back to a time before many millennials were even born. And there is surely merit to the argument that, barring exigent circumstances, we'll need to adjust the status quo to fund entitlement programs at some future point. But restricting our debate to how we'll go about cutting benefits -- never allowing for the notion that we might raise revenues instead -- is extraordinarily dishonest. What's more, there are far more pressing issues that young Americans face. Why waste political capital cutting social welfare programs in an already-stagnant economy when we could work to enact a jobs program or a minimum wage hike instead? Asking our grandparents to wait two more years before they're eligible to collect Social Security and exit the workforce is hardly the best way to spur youth job growth.

But in the cloistered, moneyed world of the Times opinion page, the only voices that merit our consideration are the fiscal conservative pro-"reform" crowd. So we're left solely with quotes from former Democratic governor and senator Bob Kerrey, the Urban Institute, and center-right astroturfing outfit Generation Opportunity, each reliably cheerleading "entitlement reform" within the narrow framework of the Washington consensus -- i.e., cutting benefits and raising the eligibility age. Meanwhile, measures that would increase funding don't even merit our consideration.

The craziest part of all this is that "reforming" Social Security by cutting benefits would likely end up hurting millennials. Almost a third of Americans aged 18-35 are still stuck living at home, while the rest will likely be tasked with supporting their parents and grandparents, projected to quickly become the largest generation of elderly Americans in this nation's history. (My own parents are in their mid- to late-60s; lacking significant savings, what stands to happen to them when they can't work and need assistance is very much an open question. I love my parents, and I'll do whatever I can to help them in the future, but without savings, a house or even a reliable source of steady income, it's hard to imagine how much I'll really be able to do.)

The more support the government provides to my parents' generation, the better a chance that myself and my fellow millennials will have to finally escape this destructive cycle of poverty and debt as we reach our highest-earning years.

What's so frustrating is that this straw man has been demolished plenty of times before. As Steven Rosenfeld recently explained in an AlterNet piece,

[S]ensationalizing generational warfare is not just shallow. The implications get serious when it becomes a political tactic for segments of corporate America seeking to privatize Social Security, which would generate billions in fees but leave tens of millions of needy seniors worse off. [...] Telling young people they will get nothing because seniors are getting too much is factually incorrect and a giant distraction from understanding today’s retirement security crisis.

Did Bruni read Rosenfeld's piece and misconstrue it as a kind of play-by-play guide to writing the kind of awful, highly trafficked click bait that's meant to flatter the preconceptions of rich baby boomers -- while enraging younger columnists like yours truly? Or does he really think that the millennials of the future, "clinging to dinghies and life preservers," will begrudge our politicians for failing to implement a cost-of-living adjustment to Social Security?

Of course, there is another possible interpretation of Bruni's piece. Maybe he never really wanted to write about millennials in the first place. Maybe he was just using young Americans as a foil, an excuse to focus on baby boomers' favorite subject: themselves. Their problems, their flaws and their futures.