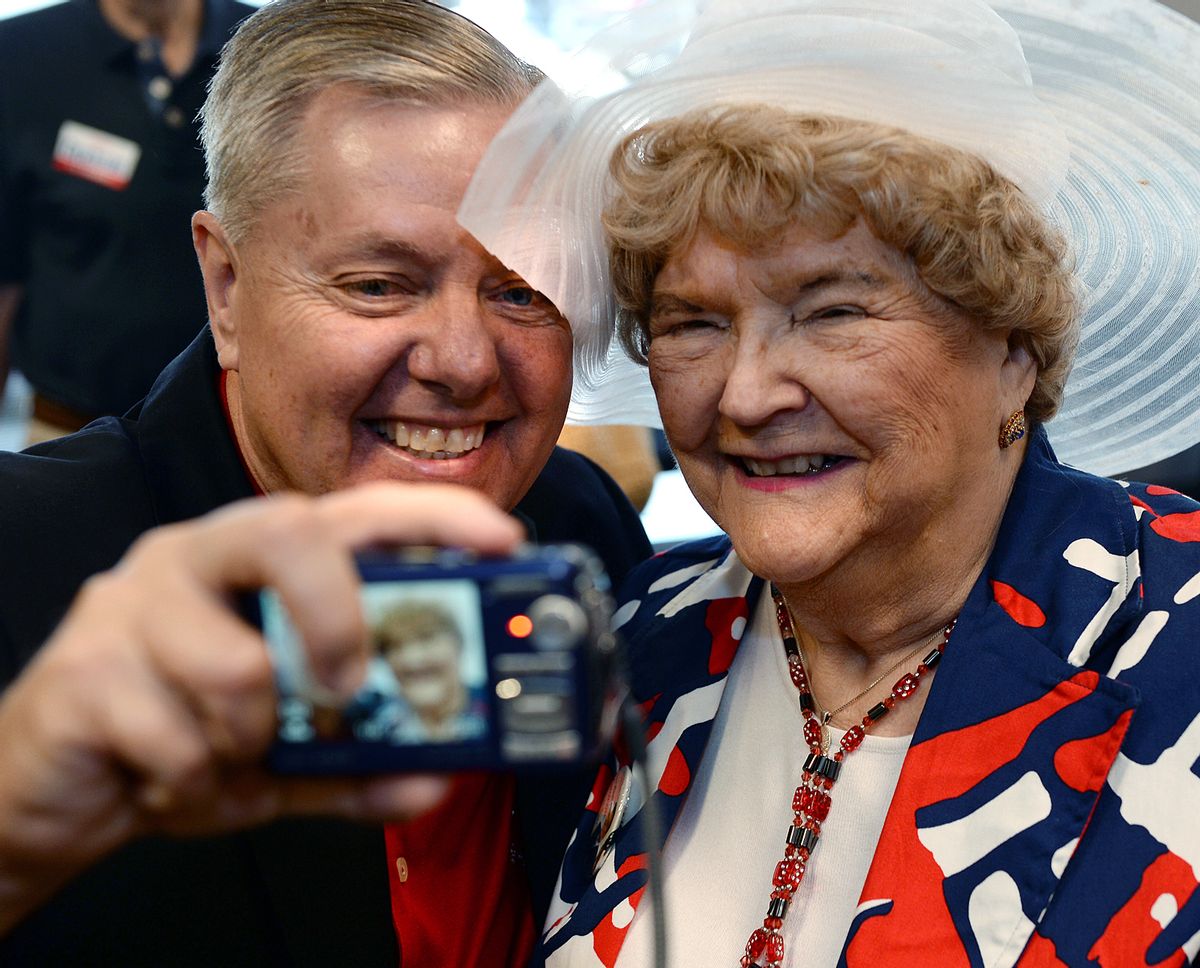 Voters head to the polls Tuesday in primary elections in five states, plus a runoff in Arkansas. Here are some highlights:

TOP OF THE TICKET

South Carolina Republican Sen. Lindsey Graham was once considered vulnerable to a challenge from the right, given the rise of the tea party, which includes many who loathe him for his support of immigration reform and other issues. He drew six challengers, but none unified anti-establishment conservatives or could match Graham's fundraising.

While two Democrats are vying for their party's nomination, the odds favor the GOP nominee in the deeply conservative state come November.

Tuesday's elections shouldn't have an impact on the race for control of the Senate, where Democrats are defending a six-seat majority.

Graham and incumbent South Carolina Sen. Tim Scott, a fellow Republican appointed to the seat vacated by Jim DeMint and running to serve the remaining two years of that term, are viewed as easy general election winners. The same is true in Maine, where GOP Sen. Susan Collins is not expected to face a Democratic threat this fall.

House Majority Leader Eric Cantor faces a little-known and under-funded tea party challenger, economics professor Dave Brat, who has never held public office and has raised only a fraction of Cantor's haul from donors. He's counting on conservative activists to power his uphill battle against the No. 2 Republican in the House.

Cantor has spent more than $1 million in April and May to beat back Brat's campaign, which has raised just $200,000 total.

Cantor is not the first member of the Republican House leadership to face a primary from activists who see anyone with power in Washington as insufficiently conservative. House Speaker John Boehner, the top Republican in the body, had to dip into his campaign funds to repel a challenger earlier this year.

SOULS OF THE PARTIES

Poliquin, who campaigned on a pledge to never raise taxes and his deep Catholic faith, unsuccessfully ran for governor in 2010 and for the Senate in 2012. He has made his opposition to abortion rights a central issue in the race.

Raye campaigned largely on fiscal issues, promoting his role in dramatically cutting state income taxes. But social conservatives distrust Raye because he supports abortion rights and because he was a chief of staff to former Sen. Olympia Snowe, a moderate Republican.

Tuesday's election will set up a familiar scenario for Maine's combative Republican Gov. Paul LePage: a three-way race with a Democrat and an independent splitting votes on the left. LePage is unopposed for re-nomination, and will face Michaud and independent Eliot Cutler, whom he beat in in 2010 to become the state's first Republican governor in 16 years.

Voters in Nevada will pick a Democratic nominee to face popular Republican Gov. Brian Sandoval, and will decide if Sandoval can have the lieutenant governor he wants, state Sen. Mark Hutchison, or whether he will run for re-election with former Senate contender Sue Lowden at his side.

In North Dakota, voters will weigh whether to give elections officials more time to review signatures trying to force a ballot measure. North Dakota currently allows ballot measures to be filed 90 days from an election, but is considering a 120-day window.

Voters in Colorado, Maryland, New York, Oklahoma, Utah and the District of Columbia vote on June 24. Voters in Mississippi also cast ballots that day in the GOP runoff between Sen. Thad Cochran and tea party challenger Chris McDaniel. If Graham fails to win 50 percent of the vote on Tuesday, he, too, will have a runoff on June 24.