A stunning video provides new insight into the threatened species 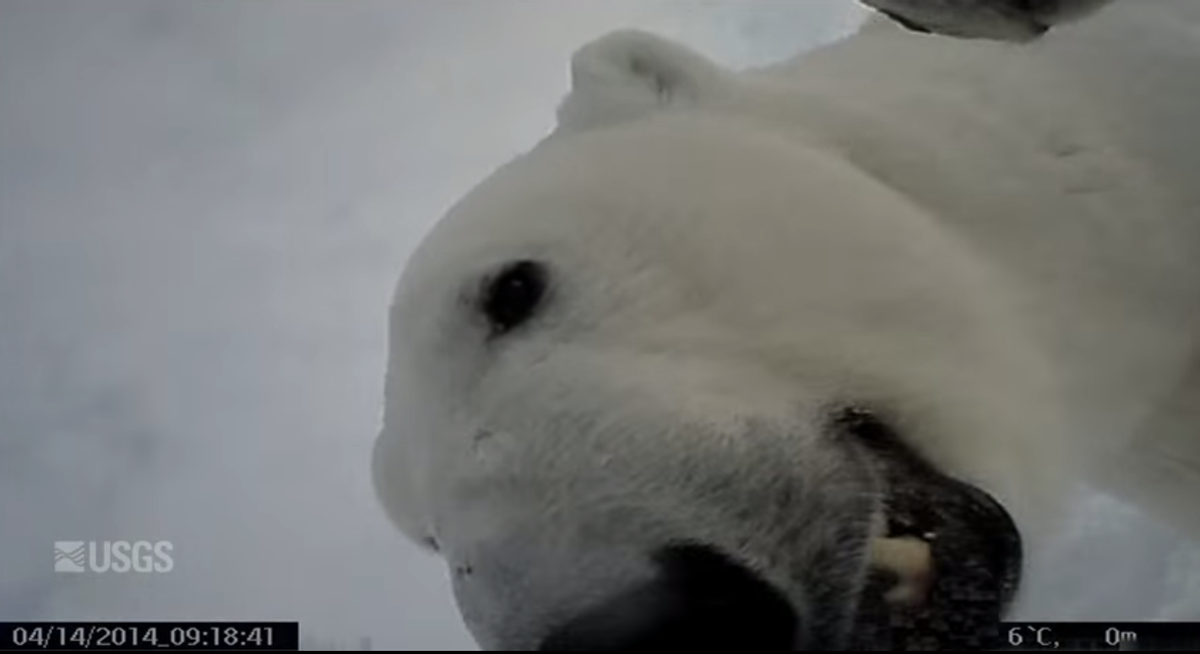 Swimming in the sea, munching on a bloody seal carcass, checking out a sexy male, worrying about the rapid decline of Arctic sea life -- all part of the daily routine of your average female polar bear living north of Prudhoe Bay, Alaska.

By attaching small cameras to the collars of four wild bears, the U.S. Geological Survey captured this intimate view of Arctic life. The agency's calling it the "first-ever point of view" video of its type, and it's being used to study the unique challenges presented by global warming. From the USGS:

Scientists with the USGS have been studying polar bear movement and habitat use for decades using radio and satellite telemetry, mostly used to determine a polar bear’s location. New video collars allow scientists to link the location data from the collar with the actual behavior recorded by the cameras.

Although these collars were only on for about 8-10 days, scientists can start to understand the activity patterns of polar bears, for example how often they eat, hunt, rest, walk, and swim and how these behaviors may be affected by sea ice conditions and other variables. Ultimately, this information will help scientists examine the energetic rates and nutritional demands of these animals and the potential effects of declining sea ice conditions,” said [study leader Anthony] Pagano.